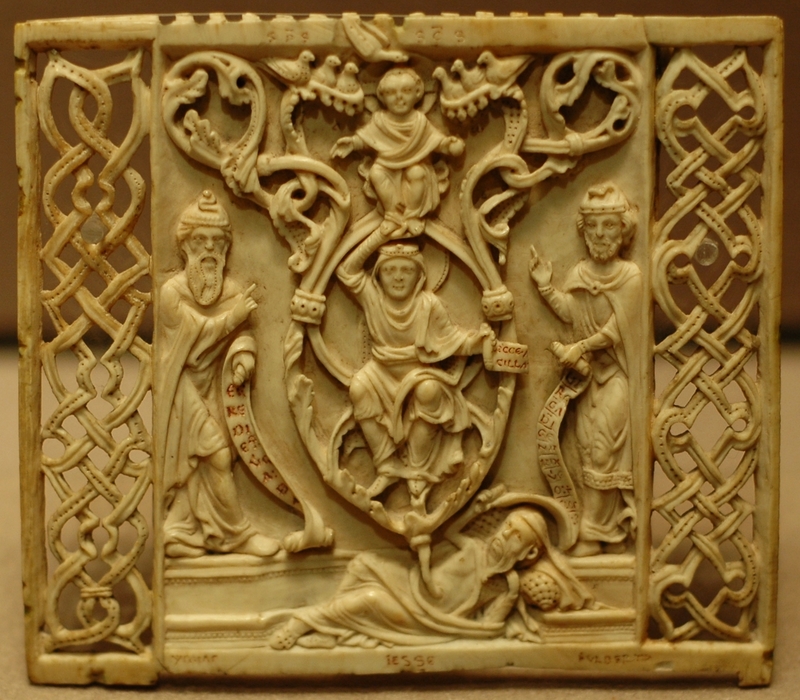 14 The days are surely coming, says the Lord, when I will fulfill the promise I made to the house of Israel and the house of Judah. 15 In those days and at that time I will cause a righteous Branch to spring up for David; and he shall execute justice and righteousness in the land. 16 In those days Judah will be saved and Jerusalem will live in safety. And this is the name by which it will be called: “The Lord is our righteousness.”

*********************
It is the First Sunday of Advent and a new liturgical year begins. This first Sunday in the Christian year is designated “Hope Sunday,” which is a good place to begin a journey. Advent has an eschatological dimension to it, in that it invites us to look forward to God acting on our behalf not only in the present but in the future. It invites us to put our trust in the God who makes and fulfills covenant promises. Many congregations, including my own, begin the journey singing the medieval hymn “O come, O come Emmanuel, and ransom captive Israel.” While the hymn references the exile of Israel, it also invites us to look longingly toward the coming of the Christ child.  But it doesn’t end with the coming of the Christ child. That is a past event, and Advent continues to point us forward into the future. So, with this first Sunday we begin a journey that will takes us from anticipation to fulfillment in the coming of the Christ child, and then from there through the ministry of Jesus, his death, resurrection, on to the planting of a church that will bear the message of Jesus until that time when Christ reigns all in all.
The word of the Lord as recorded in the first testament comes to us from the prophet Jeremiah. We can assume that this word is addressed to exiles living in Babylon. Although this word is addressed to both the people of Israel and Judah, Israel had long since disappeared from history, having been rooted out by the Assyrians in the eighth century. Jeremiah offers words of encouragement, reminding the people that God fulfills God’s promises, and the promise that is put before us concerns the time when “a righteous Branch” will “spring up for David.” As one might expect among a community of exiles who have watched as their nation has lost everything, including its leadership, there is the hope that life will return to normal. That things will go back to the way things were when the nation was at least theoretically independent. The only way for that to occur would be to see a member of the royal family restored to the throne of Judah. That is, there is an expectation that a member of the Davidic line will emerge, take the throne, and in that role will “execute justice and righteousness in the land.” This would be good news!
The Gospel reading for the first Sunday of Advent in Year C is taken from Luke 21. In this reading we hear Jesus speaking in apocalyptic terms of the day God’s reign will be fully revealed. In this reading Jesus calls on the hearer to “be on guard so that your hearts are not weighted down with dissipation and drunkenness and the worries of this life, and that day does not catch you unexpectedly, like a trap” (Lk. 21:34-35). The message of Advent is always one of being prepared and being alert for the day of the Lord is ever at hand. That was Jesus’ message, and it was Jeremiah’s. Neither Jesus nor Jeremiah offer a timetable, only a promise that the realm will come, and with it will come justice.
As we read Jeremiah today, in what some call a post-Christian age, when the church’s cultural dominance is diminished, what word do we hear? There are some who seek to “make the church great again,” by reclaiming cultural dominance. We see this in practice during this Advent/Christmas season by the demand made that retailers great customers with “Merry Christmas,” as well as demands that city halls place creche scenes on their front lawns. During other months of the year, we hear calls for restoring prayer and bible reading in schools. Some even want to make the McGuffey Reader of the 19th century the standard educational curriculum. Is this what Jeremiah has in mind for us? Is this the day when the Lord will be our righteousness? While, it’s true that the exiles desired to return to life as it was before exile, is this God’s vision? When we read books like Ezra and Nehemiah, we see attempts made in the post-exilic period to return to normal, by rebuilding Temple and city walls, while attempts are made to keep the community pure (Ezra’s call to put aside foreign wives—Ezra 9). While Zerubbabel was a Davidic descendant and the center of hopes of David restoration, he served only as a governor appointed by a Persian king (Haggai1). I’m not sure that either Zerubbabel or any other governor fulfilled the promise, but the promise remained.
The Christian community has taken it up, affirming that Jesus is the true son of David, and thus the righteous branch, who will bring justice and righteousness to the land. This is the vision that drives the Christian message. Jeremiah likely had a return to the land of the ancestors in mind, when he spoke these words. Jesus, on the other hand, at least in Christian theology, has a larger frame of reference that a return to the land of the ancestors. For Jesus the vision of the future involves the revelation and inauguration of the realm of God. This eschatological realm is marked by God’s justice and righteousness. As we gather for worship in Advent, we are confronted by this larger vision of God’s realm. Out of that vision comes the question of how we, the people of God, called together in the name of Jesus, can embody the justice and righteousness of God. This embodiment can take a variety of forms, but all reflect God’s love for all creation. This might involve both those first responses, taking care of immediate needs, like providing food and shelter, but ultimately it involves pursuing systemic change, so that the vision might be fulfilled.
With this invitation in mind, we begin the journey of Advent, moving toward the celebration of the birth of a child who was, at least temporarily, a homeless refugee.