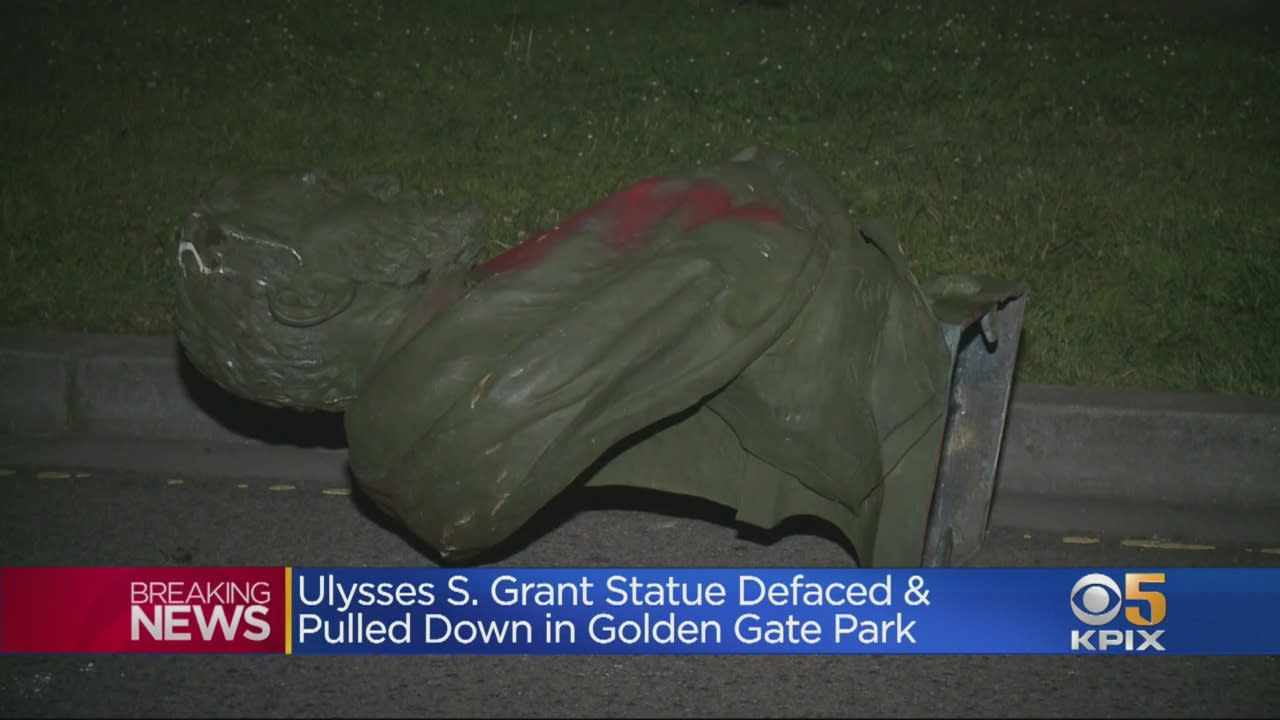 As we watch monuments being removed and even vandalized in the name of justice, we might want to stop and ask a few questions about context, human realities, and what it means to express moral leadership. Watching this from afar, after hearing that statues of Mohandas Gandhi and Ullyses Grant had been removed or vandalized, because of perceived wrongs, as a historian, I wondered what to make of this. I understand the removal of monuments to Confederate leaders and generals. These were erected with a purpose, and that purpose was an expression of what is known as "The Lost Cause." This "Lost Cause" is an attempt to rewrite the history of the Confederacy. The fact is, Jefferson Davis, Andrew Stephens, Robert E. Lee, and others honored with monuments, took up arms against the United States of America. They did so to protect slavery, even though most of the Confederate soldiers didn't have slaves of their own. So, what about President Grant and Mohandas Gandhi? Why are they being targeted?

It is true that in the 1850s Grant owned slaves, whom he received as a result of marrying into a slave-owning Missouri family, It's also true that his father was an ardent abolitionist. There is evidence that he was conflicted about this reality. As Ronald White has noted, during this period, Grant was working through his convictions. Through Julia, he came to have slaves. In 1859, he emancipated his slave. In the end, he chose to serve the Army of the United States and in that capacity carried out the emancipation of slaves, and as President carried out Reconstruction. Grant was a man with flaws who had an evolving understanding of slavery and the rights of African Americans. But he also did much that was good. So how do we balance these things? Do we give credit for evolving views? On Grant, I highly recommend reading Ronald White's excellent biography American Ullyses: A Life of Ulysses S. Grant.

Consider that President Obama originally opposed marriage equality, but eventually embraced it, largely because his Vice President came out strongly in support of it.

David Gushee, in his important book Moral Leadership for a Divided Age, which he wrote with Colin Holtz, writes: about the challenge of disentangling leaders from their historical contexts.

Did someone shape her time? Or did he fill a role that someone would inevitably take on in that place and time? Can we excuse a leader's failings based on his culture or era? Or should we hold ourselves to a higher standard? These questions force us to reflect on the nature of heroism and the moral arc of history. We should acknowledge that moral imagination can rise above one's culture but never transcend it completely. And we should honor the choice to be the one who does not wait for others but stands in the breach---or the choice to declare one's own humanity in the face of a thousand layers of society screaming the opposite. [Moral Leadership for a Divided Age, p. 346.]

Sticking with Grant, he was not a moral leader in the sense of breaking from free from his context early on. But, he is an example of one who grew over time. Ronald White takes note of Frederick Douglass's eulogy of Grant. Douglass wrote that "To him more than any other man the Negro owes his enfranchisement and the Indian a humane policy . . . . He was accessible to all men . . . The black soldier was welcome in his tent, and the freedman in his house." [American Ullyses, p. 659]. In other words, imperfect human beings can grow into persons of greatness.

When I look at myself, and how I thought and acted early on in my life, there is much that I'm embarrassed about. Hopefully, my actions later in life have not erased those earlier episodes, but have demonstrated growth.

"We need to practice holding failure and greatness together, in tension. Human beings need mythical heroes because myths tell us something about our lives. They teach us about ourselves and our communities, change the scope of what's possible, and offer hope that humanity is more than the violence and suffering we see around us. Yet myths alone do not sustain us because, by their very nature, they are incredible. Flawed people, on the other hand, are credible---precisecly because we have made some of the same mistakes. Their imperfections convey authenticity. We need myths. We believe in flawed people. We must have both.[Moral Leadership, p. 354].

Last night I gathered with a group of friends and we talked about some of these things. We didn't solve the world's problems, but we recognized the need for us to use this moment to take stock of the human realities that mark our lives together. Removing statues and monuments honoring  Confederate leaders isn't erasing history. It is instead rebalancing history. It is an act of recognition that these monuments were erected in an effort to rewrite history to whitewash slavery from the equation that led to the Civil War and cover-up Jim Crow. As for Grant and Gandhi, we need to talk about their lives as well. American history is a flawed history, and we will be better off once we take stock of that flawed history.

Being that I'm white and the descendant of European immigrants, some of whom came to the region early in our history. My ancestors, for good and for bad, helped "write" the history of this nation through their actions.

As we reflect on our realities, we might be well served by reflecting on the words of Reinhold Niebuhr, whose book Moral Man in Immoral Society ought to be read right now. In his opening paragraph, Niebuhr writes:

Though human society has roots which lie deeper in history than the beginning of human life, men have made comparatively but little progress in solving the problem of their aggregate existence. Each century originates a new complexity and each new generation faces a new vexation in it. For all the centuries of experience, men have not yet learned how to live together without compounding their vices and covering each other "with mud and with blood." The society in which each man lives is at once the basis for, and the enemies of, that fullness of life which each man seeks. However much human ingenuity may increase the treasures which nature provides for the satisfaction of human needs, they can never be sufficient to satisfy all human wants; for man, unlike other creatures, is gifted and cursed with an imagination which extends his appetites beyond the requirements of subsistence. Human society will never escape the problem of the equitable distribution of the physical and cultural goods which provide for the preservation and fulfillment of human life. [Moral Man in Immoral Society, p 1].


If we think we will solve all our problems in this moment we will be sorely disappointed. As Niebuhr notes, each century, each generation, will face a new vexation. As you can see, when he wrote this, gender inclusivity in language was not part of the conversation. I expect he would use different language today. That, however, doesn't mean we don't address the issues of the moment. Perhaps we can learn something from history, even if we don't follow its lead.
Email Post
Labels: David Gushee History justice Mahatma Gandhi Moral Leadership Reinhold Niebuhr Ronald White Slavery Ulysses Grant