What Has Dominion in Your Life? -- Lectionary Reflection for Pentecost 4A (Romans 6) 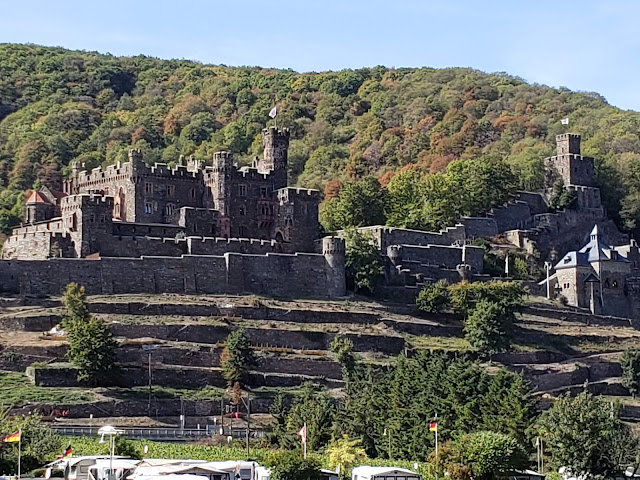 15 What then? Should we sin because we are not under law but under grace? By no means! 16 Do you not know that if you present yourselves to anyone as obedient slaves, you are slaves of the one whom you obey, either of sin, which leads to death, or of obedience, which leads to righteousness? 17 But thanks be to God that you, having once been slaves of sin, have become obedient from the heart to the form of teaching to which you were entrusted, 18 and that you, having been set free from sin, have become slaves of righteousness. 19 I am speaking in human terms because of your natural limitations. For just as you once presented your members as slaves to impurity and to greater and greater iniquity, so now present your members as slaves to righteousness for sanctification.

20 When you were slaves of sin, you were free in regard to righteousness. 21 So what advantage did you then get from the things of which you now are ashamed? The end of those things is death. 22 But now that you have been freed from sin and enslaved to God, the advantage you get is sanctification. The end is eternal life. 23 For the wages of sin is death, but the free gift of God is eternal life in Christ Jesus our Lord.

Whenever the words slave or slavery appear in Scripture, we should wince. We must be careful not to do anything with these words that would justify North American slavery and its legacy because that legacy is still with us. We do not live in a post-racial society. The election of a black man didn’t suddenly change our nation. To say that “all lives matter” is to miss the point. Racism is still alive and well in America. So, anything that might justify or rationalize the servitude of a particular people is simply unacceptable. It’s with this warning that I venture into this reading from Paul’s letter to the Romans, which speaks of being a slave either to sin or to God.

We need to remember that at the time when Paul wrote this letter slavery was a dominant form of life in the First Century Roman world, with as many as two-thirds of the residents of the empire being slaves. Not all forms of slavery the same. One could be a slave and work in the salt mines or one could be a tutor to a wealthy family. Some slaves were forced into this life and others sold themselves into slavery. We should also remember that a significant number of early Christians were themselves, slaves. So, at least some of the recipients of this letter were slaves. So, it’s not surprising that Paul used this image to present his message of dominion.

This reading for the Fourth Sunday after Pentecost continues the discussion of the power of sin that Paul has been working with in previous verses and chapters. He has told the Roman church that “all have sinned and fall short of the glory of God” (Rom. 3:23). He wants them to know that the Law can reveal their sin, but not free them from it. Their only hope is Christ. In the opening eleven versesof Romans 6, Paul makes it clear that to be in Christ is to die to sin. He uses baptism to illustrate his message. He tells the Roman Christians that when they were baptized, they died to sin, even as Jesus buried. Then as they rise from the waters of baptism, they share in the resurrection of Jesus. Thus, in baptism, they move from death to life. To be baptized is to be dead to sin. That is, to be in Christ is to be dead in sin and alive to God.

As we turn to verse twelve of chapter six, Paul changes metaphors. Now the question is—who or what has dominion over our mortal bodies. Paul tells the readers that now that they are dead to sin and alive to God they shouldn’t “let sin exercise dominion over your mortal bodies. It’s here that turns to the metaphor of slavery but notice that it is assumed that one has the freedom to choose the nature of one’s slavery.

Here is where things get tricky. There were different forms of slavery in the First Century, none of which were race-based. Slaves might be prisoners of war or the spoils of war. These were not voluntary forms of slavery, but one could sell oneself into slavery either for economic purposes or to advance one’s social status by serving someone of importance. This was common for tutors and other scholars. Nevertheless, to be a slave was to lose one’s freedom, even if entered into voluntarily. Thus, Sarah Heaner Lancaster writes that “all the restrictions and dangers of being someone else's property apply as equally to the willing slave as to someone enslaved by force. Just so, misusing the freedom that grace provides by voluntarily obeying sin makes one no less a slave to sin” [Lancaster, Romans, p. 114].

Instead of turning yourself over to sin, to let it have dominion over your life, turn yourself over to God so that your bodies might be instruments of righteousness. There is the freedom to choose, but it’s the freedom to choose the nature of one’s slavery. It is either being a slave to sin or a slave to God. It’s a question of allegiance in many ways—sin or God.  So, what is the advantage of giving dominion over to God rather than sin? Truth be told, sin often seems more attractive, but Paul suggests that the domain of sin leads to shame. In other words, Paul is drawing on the cultural understanding of honor/shame to define sin’s hold. Of course, to enter Christ’s domain means leaving behind a world that defined honor to join one that in the eyes of the broader culture might connote shame. Paul just turns things upside down and suggests that by choosing God’s dominion, one chooses the long-term gain over the short term. When one lived under the dominion of sin, one may have done things and behaved in certain ways that they now would be embarrassed about, even if those items were perfectly legitimate in the previous life.

Paul wants them to know that the choice is theirs. They can choose to let sin have dominion, but it will lead to death. Or, they could let God have dominion, and that leads to life. Or as Paul puts it in another well-worn verse: “For the wages of sin is death, but the free gift of God is eternal life in Christ Jesus our Lord” (Rom. 6:23).

So in this moment of increased polarization and tribalism, when the world seems to be in disarray, who or what has dominion? To whom do you and I owe our allegiance? If we answer that Jesus has our allegiance, then what does that mean? We flippantly say if Jesus is Lord, then Caesar is not, but is that really true for us? So then, what will the choice be? Death or Life?
Email Post
Labels: Book of Romans Dominion Lectionary Pentecost Season Reflections Salvation Sin