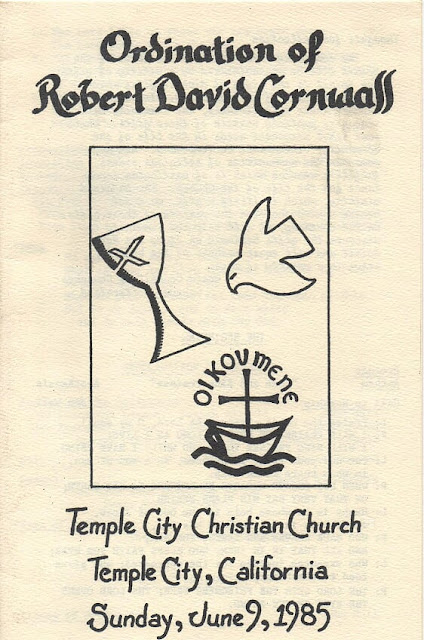 On June 9, 1985, I was ordained to the Christian ministry under the auspices of the Pacific Southwest Region of the Christian Church (Disciples of Christ). The service was held at Temple City Christian Church, Temple City, California. I've added in pictures from the ordination, my installation here at Central Woodward Christian Church, and a group shot from the celebration 5 years ago of my 30th anniversary of ordination. I will confess that at the time of my ordination I assumed my ministry would be of an academic nature. However, for the past twenty-two years, I have served in pastoral ministry, and now I near my retirement from this part of the journey -- just a year from now. I had now idea where this journey would take me when I started out on it, but along the way, I have discovered gifts and callings I didn't perceive to be there. It might not have been the path I had envisioned, but as I've discovered, the Spirit leads, where the Spirit leads!  Oh, and the journey isn't over yet. I still have a lot left to do, I just don't know where the Spirit will ultimately lead!
Email Post
Labels: Anniversaries Ministry Ordination