Isaac and Ishmael, Together Again: A Message of Hope 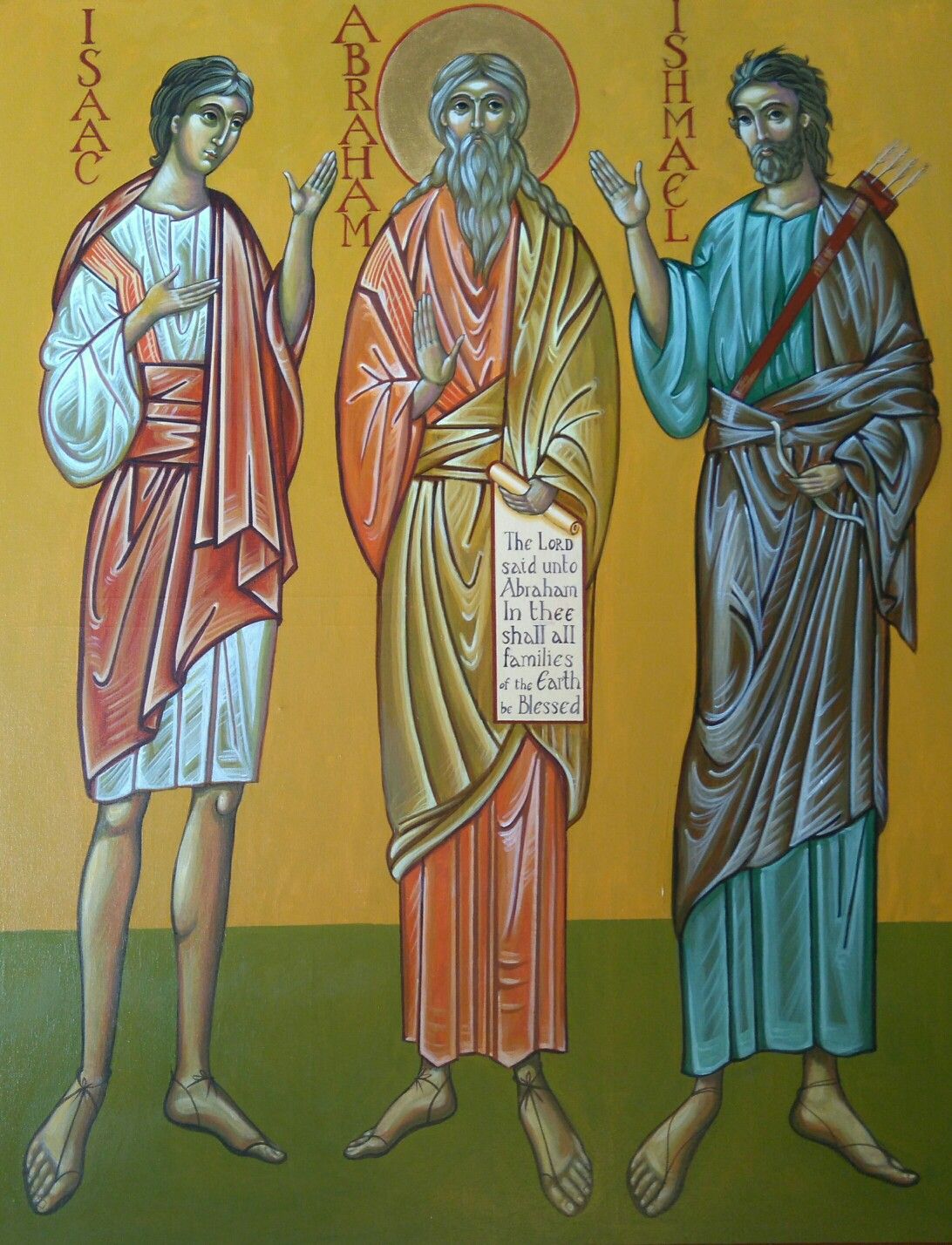 7 This is the length of Abraham’s life, one hundred seventy-five years. 8 Abraham breathed his last and died in a good old age, an old man and full of years, and was gathered to his people. 9 His sons Isaac and Ishmael buried him in the cave of Machpelah, in the field of Ephron son of Zohar the Hittite, east of Mamre, 10 the field that Abraham purchased from the Hittites. There Abraham was buried, with his wife Sarah. 11 After the death of Abraham God blessed his son Isaac. And Isaac settled at Beer-lahai-roi.  (Genesis 25:7-11)

Funerals have a way of bringing family members who don’t normally hang out together. The reasons can be myriad, but we tend to gather for moments like this. Sometimes that can be a healing moment. At other times old wounds can reopen.

The Bible Study I lead concluded our exploration of the story of Abraham Our Ancestor. We began with the move on Terah’s part to Haran from Ur in Genesis 11, but the true beginning point for the story was the call of Abraham by God to pick up and leave Harran for a land unknown so that his descendants might be a blessing to the nations. The intervening story, between Genesis 12 and Genesis 25 has explored how that promise might be fulfilled since at the time of his calling he and Sarah didn’t have children of their own. As the story goes, the two of them grow older and Sarah moves past the age of child-bearing. She decides that perhaps her slave, Hagar, could serve as a surrogate, and it worked. Hagar did have a child, Ishmael, but that doesn’t turn out well, as Hagar and Sarah become estranged over the matter of Ishmael’s birth. Finally, Hagar, together with Ishmael, is exiled because Sarah wanted to protect Isaac’s inheritance. Now, let’s move forward to the end of the Abraham-cycle. Sarah has died and is buried in the Cave of Machpelah, which Abraham purchased (Genesis 23). After her death, Abraham marries Keturah and has six sons with her. Where once he was an old man with no sons, now he has eight. Though only one, Isaac is his heir. Then, as the reading above informs us, Abraham dies at the grand old age of 175, having lived a good life.

Now for the point of the post. Genesis 25:9a is intriguing to me. It’s dramatic in its sparseness. It simply says: “His sons Isaac and Ishmael buried him in the cave of Machpelah.” There are no details here. Just a bare statement that these two sons joined together to bury their father. When we read passages like this it’s worth letting our imaginations go free for a moment. What was going on in their minds? What was the nature of their conversation? The last time they were together, at least in the text, Ishmael was playing with Isaac. Ishmael was much older than Isaac, maybe by a dozen years or more. In any case, Sarah got concerned and had Ishmael and his mother sent away. They almost died of thirst in the desert (Genesis 21:8-21). Only now does he reappear in the story. This isn’t necessarily a story of reconciliation between two brothers, since they really weren’t estranged. It was their parents not them that had the problem. At the same time, Ishmael had to feel a bit awkward. After all, he was the oldest son, but not the promised one. As for Isaac, he also had to wonder about how their lives had intersected.

I share this not just because it’s an interesting story. I share it because three religions look back to either Isaac or Ishmael as the conduit of God’s blessing promised to Abraham. While Ishmael (unlike Isaac) doesn’t appear in the New Testament (Paul does include his mother in an unfortunate piece) and except for references to the Ishmaelites as enemies of Israel Ishmael rarely appears in the Old Testament after this chapter (Esau marries his daughter but beyond that, we don’t hear much). However, Ishmael and Isaac appear several times together in the Quran.  I’ll mention just one verse of the Quran, where we read of the religion of the descendants of Abraham. In Surah 2:133 we read: “Or were you witnesses when death came to Jacob, when he said to his children, ‘What will you worship after I am gone?’ The said, ‘We shall worship thy God and the God of thy fathers, Abraham, Ishmael, and Isaac: one God and unto him we submit.’” [The Study Quran, pp. 59-60].

So, what might this brief statement about two brothers, who have been apart, it would seem, for years, but come together for the burial of their father, say to us? What might we learn from them that would enhance our faiths and create bridges of understanding? As my friend Jose Morales shared during my congregation’s annual Perry Gresham Lectures, faith involves particularity. Islam, Judaism, and Christianity have their own particularities (and there are particularities galore within these three communities). But particularity need not be polemical. In fact, it’s porous. We can learn from one another. For Christians that involves being deeply committed to Jesus while being radically open to people of other faiths so we might learn from them. I look to Isaac and Ishmael with a sense of hope that their willingness to regather might inspire us to do the same.