Bringing Things into Focus -- A Sermon 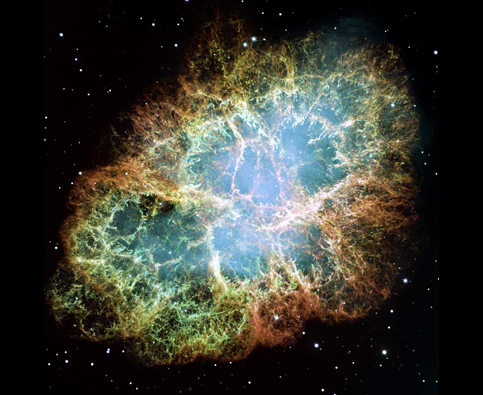 
The Hubble telescope has brought into focus the vastness of the universe.  It allows us to see the universe in ways never before thought possible.  But, when it was first deployed they discovered a flaw in the lens that left this new view somewhat fuzzy.  But, NASA launched a shuttle that went out and repaired the telescope, and now we can see the wonders of the universe with a clarity never before possible.  What was fuzzy is now clear.

But, you don’t have to go to the Hubble telescope to know the importance of bringing things into focus.  Every morning, when I wake up, I put on my glasses, because without them the world is a complete blur.  In an earlier age, I would have been, for all intents and purposes, blind.

In the Gospels, Jesus occasionally heals a person of blindness.  On one occasion, when he was Bethsaida, a man who was blind was brought to him.  Jesus spit on his eyes and then laid hands on the man.  Then Jesus asked him: “Do you see anything?”  The man replied:  “I see people. They look like trees, only they are walking around.”  Jesus then put his hands on the man’s eyes, and then the man’s eyesight was fully restored, and what was once fuzzy was now brought into focus (Mark 8:22-25).

I am much more attentive to the question of disability and healing since reading Amos Yong’s book The Bible, Disability, and the Church.  The way in which we use the language of disability and wholeness can diminish the personhood of people who have disabilities.  Still, the imagery of blindness is important in the gospels, because many of Jesus’ critics could not see how God was present and active in his life.  They didn’t seem to have a proper focus on what God deemed important, and so like the Hubble telescope or my glasses, they and we need some corrective lenses, so we can understand what God believes is important.

Using your spiritual corrective lenses, what is important to you?  What do you believe are the defining marks of life?  What makes you, you?  Is it education?  Family?  Your job?  Friendships? Material wealth?  Faith in God?  Service to humanity?  These are some of the questions that you will be asked to think about during the next six weeks of our Listening Campaign.

When we have truly intentional conversations with people, we often discover how easy it is for our conversations to stay at a surface level.  We can know people for years and never really get beyond pleasantries.  We talk about the weather or maybe the Tigers.  We ask each other – “how are you doing?”  And more often than not we answer: “I’m fine.”  Deep down inside we may be hurting, but we stay at a very surface level, because it’s safer.   Sometimes we do this even in our families, and too often it’s the way we live before God.

Bringing life further into focus, there is the question of God’s place in our lives. Where does God fit?

After 9-11 there was a lot of talk about emphasizing the important things in life, especially relationships.  For a moment people became more introspective.  Some people became more involved in serving the community.  Some joined the military to serve their country.  There was, for a moment, an up tick in church attendance.  But, how long did this last?

Tragedies have a tendency to bring life’s important things into focus.  But, our attention to these things can quickly fade.  Before long we want to our lives to get back to normal.

World War I not only caused a lot of death and destruction, but it also undermined the sense that things in life would continually get better.  Woodrow Wilson’s dream of establishing a forum that would lead to world peace was rejected as a nation tried to get back to normality.  Warren G. Harding won the 1920 presidential election with the slogan: “Return to Normalcy.”  You could say that the 1950s were also a decade of “normalcy,” even though there was great dissent and disillusionment brewing.  The 1960s served to bring all of these issues into focus.

In our text from Paul’s second letter to the Corinthian church, we read:

Now Paul isn’t denying the value of the material world.  He affirms the resurrection of the body – both of Jesus and us.  But, there is a difference between what we can see and what we can’t.  We often see things at a surface level, but miss what’s going on inside.  We can also get stuck in either the past, which we remember, or the present, which we can see, but we find ourselves unable to envision the future.  That’s because the future is unknown.  It’s unseen because it hasn’t yet occurred.

Here in this passage, Paul calls for us to focus on the things that are eternal, on the things that truly last.  Jesus speaks of placing our treasure in heaven, “where moth and rust don’t eat them and where thieves don’t break in and steal them.”  Where we store our treasures, Jesus says, we will find our hearts (Mt 6:20-22 CEB).  The saying goes – you can’t take it with you, but that doesn’t mean that people don’t try.  Unfortunately, when we put our focus on obtaining material wealth, that which is most important – relationships – gets lost.  Remember the story of King Midas.  He was given the gift of the golden touch.  It was great for a while, but when he touched his beloved daughter and she was turned into gold, this “gift” became a curse.
In the past six weeks we have opportunity to reflect on the important things of life, as we’ve seen three of our beloved members pass on.  Each in their own way, Jean, Bob, and Anna Mae have left their mark on this church and on the world itself.   Although some things will return to dust, what really matters -- the eternal things – will remain with us, even as they now join the company of the saints.

One way in which death brings things into focus is that it reminds us that life is fragile and it is often vulnerable.  Paul speaks here of our bodies breaking down on the outside as we age.  We can try to stave off the process with exercise and nutrition, but unlike in the movie The Curious Case of Benjamin Buttons, none of us, not even those little ones who look so cute and cuddly now, will ever get any younger.

But, even as death reminds us that life on this planet is fleeting and that our bodies will break down, that doesn’t mean that life is without hope or purpose.  Paul speaks here of the inner person that is renewed daily.  We endure what Paul calls “temporary minor problems,” that if we’re willing, can “produce an eternal stockpile of glory for us that is beyond all comparison” (vs. 17).    The obstacles we face in life, and Paul seems to have faced his share, from shipwreck to prison, produces within us character and endurance and hope.

And so as we hear this word from Paul that begins with an affirmation of resurrection, what must we bring into focus?  How does this word call forth from us a sense of purpose?  How does the eternal help clarify what is important in life?  You might ask – how does the eternal define how we live our lives and even how we die?   Will I die with fear upon my heart, or with joy at the opportunities that God has afforded me in this life?  And as far as life goes, am I willing to live it with boldness, knowing that no matter what comes my way, there is an eternal weight of glory standing before me?

For Paul, who derives his confidence from the knowledge that the one who raised Jesus from the dead will also raise us from the dead, draws upon the Psalmist and declares:  “I had faith, and so I spoke.” The aging process may ultimately slow us down physically, but it can’t stop the work of God in our lives.

I take some comfort in the story of Jamie Moyer, who at the age of 49 became the oldest pitcher to win a game in the major leagues.  Although he was released by the Rockies on June 1, he continued to pitch long after the players he came up with had retired.  As he got older, Moyer didn’t win games because of his physical abilities.  Instead, he used the wisdom that he gained along the way.  Rather than trying to power a fastball by a hitter, he had to outsmart the hitters and hope that he could induce them to get themselves out.

The way forward requires that we focus on that which God has laid before us – that which is eternal, and as Paul noted in an earlier letter, that which abides is faith, hope, and most of all, love.  May the Love of God be your polar star as we continue our journey with God, always bringing the things of life into focus through this lens – of faith, hope, and love!