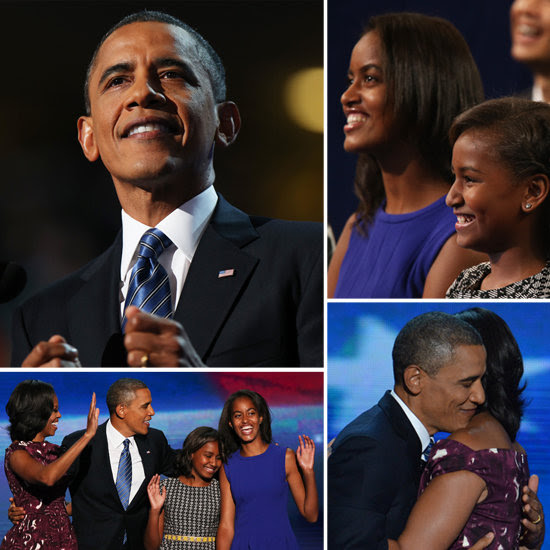 I want to start out by saying that what I’m about to write, I write as a citizen of the United States, not as a pastor.  I don’t claim to represent my congregation or my denomination with these words – though I think I can speak for my immediate family.

Last night President Barack Obama closed out the 2012 Democratic National Convention with his Acceptance Speech.  Some critics said it didn’t soar, but that it was workmanlike.  Well, you’ll have to be the judge of that.  What I heard was a powerful statement for staying the course with him at the helm.  What I heard was a man who admits to mistakes, who accepts that things haven’t gone as smoothly as he and the nation might have hoped, but we’re moving forward, and that we can move forward with hope that America will fulfill its potential.   He reminded us that since he last spoke to the convention, he’s not just a candidate; he’s the President.  He reminded us that the journey forward isn’t yet complete.  There is much to do going forward.  Indeed, today’s job’s reports, which were below expected levels, along with a stubbornly high unemployment rate remind us of this reality.  But, the movement, though slow and uneven, is still forward moving.

As I think back to last night, I think one of the most powerful lines of the speech was this:

He defined citizenship in terms of mutual obligation, not self-serving individualism.  He hailed individual initiative, and affirmed the premise that outcomes can’t be guaranteed, but we the people can work together to invest in education and research, providing a foundation for success.  We can provide a safety net for those who falter, often due to no fault of their own.  It is a reminder that “we the people” is a community of persons.

And as Elizabeth Warren eloquently put it on Wednesday evening corporations aren’t people, contrary to what the Supreme Court and Mitt Romney believe.

“People have hearts, they have kids, they get jobs, they get sick, they cry, they dance. They live, they love, and they die. And that matters. That matters because we don’t run this country for corporations, we run it for people. And that’s why we need Barack Obama.”

The economy is an important issue, perhaps the most important issue of the election cycle, but the President’s first order of business, the job with which he has been entrusted most fully is that of “Commander-in-Chief.”  The President is charged with our foreign policy.  The President needs to have a broad vision and an awareness of what is going in the world.  In a global age, when the world is getting “smaller,” we need a President who understands these realities and is able to be present on the world stage.  Although there was perhaps more bellicosity in the speeches than I’d like, and the embrace of the idea that “Osama bin Laden” is dead – as a sign of national healing – seemed to go beyond what I’m comfortable with (and my more pacifist friends likely were even more uncomfortable with it), but he did project an understanding of the realities we face in the world.  Mitt Romney hasn’t shown that understanding.  He still talks as if this is the 1980s and the Soviet Union still exists.  The very fact that he could accept the nomination and not say anything about Afghanistan was telling – and opened up an opportunity for the President and the Democratic Party to honor soldiers and veterans.

Yes, there is much more to do, but do we want to throw out the coach right now, and hire back someone recycling old ideas that got us into trouble in the first place?

Now, I’ve been a Barack Obama supporter from day one and I’ve never wavered.   And, by day one, I mean the day that he announced in 2007.  I knew that he was young and relatively inexperienced, but I sensed something special in him.  I didn’t see him as a messiah, and I didn’t expect that he would turn things around over night, but I thought and still believe that he offers a vision for the nation that can take us forward into the future.  He represents a new generation.  He’s a couple of years younger than me but older than my brother, so he grew up in the some cultural context as I did.  Of course, his context of Hawaii was different from mine in Klamath Falls, Oregon. He’s black and I’m white.  Still, I think I understand where he’s coming from.

With this said, it should come as no surprise that I remain a strong supporter now and into the future.  Like Bill Clinton said Wednesday evening, the Republicans left Obama with a big mess in 2008 and expect him to have cleaned up with great dispatch, and since he didn’t work miracles, they want to have the reins back.  As Clinton so expertly laid out -- the hole was so deep that it's going to take a lot longer than we might like to get out of it.  But he also noted that neither he nor any of his predecessors could get this all done in four years.  So, I think that this was effectively answered.  The road forward is a long one, but if we keep a steady hand we will achieve lasting success.  One thing I learned about Obama early on is that he plays the long game, not the short one.  We’ve been marching slowly forward over these past two years, and as for me I’d like to continue this forward march, with Barack Obama at the helm.
Email Post
Labels: 2012 Elections Barack Obama Bill Clinton Citizenship Community Democratic Party Economy Future hope politics