Metro Detroit -- Are you Ready for a Regional Transit System 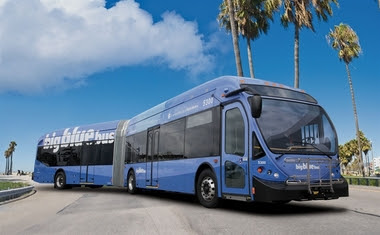 Yes, I know this is Motown and Detroit is synonymous with the automobile, so why would any self-respecting resident of this region exchange the convenience of a car for public transportation?
Perhaps the answer can be found by looking at other large metropolitan areas, where economic mobility and progress has grown alongside regional transit systems.  Metro-Detroit is the only major metropolitan area in the country without a workable, reliable regional transit system.   Our inability to make these adjustments has put us behind not only Chicago and New York, but Cleveland, Denver, and Portland, OR.   Even Los Angeles, as addicted to the auto as Detroit, realized that an effective transit system was required for future development.
The good news is that we are on the cusp of a new day in this region.  Perhaps it won’t be that long before the residents of Troy can get on an express bus and head to midtown Detroit and take in a Tigers game or attend a concert at one of the venues in that part of the city.  Or young adults, like my son who plans to transfer to Wayne State next fall, can catch a bus and head down to WSU for classes.  Yes, maybe that day isn’t as far off as some might think.

It’s perhaps providential that on the day that the City of Troy broke ground for the new Multi-Modal Transit Center, the State Senate passed a bill (SB909) setting up a Regional Transit Authority.  This is a major step in the right direction, because it authorizes the creation of a system that can coordinate mass transit across the region, as well as serve as an agency that can pursue the kind of financial support, both private and public that can create an effective transit system linking the entire region.
One of the groups that has been pushing for access to quality, dependable mass transit is the Metropolitan Coalition of Congregations, an advocacy organization of which I am a founding member. The task force that is focusing on this effort is led by two young women from my congregation.  It’s no accident that the leaders of this effort are young adults.  That’s because they’re among those most eager to develop systems like this.   Many young adults desire to live and work in an urban environment, where the cost of owning and housing autos is difficult.  In addition there is a growing trend among youth and younger adults to delay or forgo a driver’s license.  Many of these young adults will leave this area for places like Chicago and Washington, DC, which has the kind of transit system that meets their needs.   But they’re not the only ones desiring such a system.  Thousands of people from across the region depend on mass transit to get to school, to work, to medical treatment.  Unfortunately, at this point we don’t have good reliable options.  That makes this a justice issue, an equity issue.

One of the co-chairs of this task force, spent several years after graduating from Michigan State, working in the Washington, DC area.  She lived with family in Northern Virginia and took the Metro into the city where her job was located.  I have another young adult in my church that spent the summer interning in DC, she too took advantage of this transit system to get back and forth from where she and her family was staying.   Their testimony is an important one; one that I can echo from my own travels to DC, Chicago, San Francisco, and Portland.  If we want to keep young adults in our region, then we must start listening to their voices – whether spoken, written, or demonstrated with their feet.
Again, the good news – the state legislature has authorized the creation of this Regional Transit Authority.  Getting there hasn’t been easy.  SB 909 was stalled in the State Senate for months, but fortunately it made it out of committee and to the Senate floor, where a positive vote was achieved.  The MCC has been active in pursuing this plan.  In October we held a forum on Regional Transit that included presentations by the Governor’s point person on regional transit, Dennis Shornack, along with a number of civic and political leaders.
Knowing that SB909 was stalled in committee, the Regional Transit Taskforce next set up a meeting with State Senator John Pappageorge to seek his support for this effort.  A sizable group of people, old and young gathered at a local a Deli to meet with the Senator and have a frank heart to heart talk.  I want to commend Senator Pappageorge for his willingness to listen and to embrace this project.  He was among those who voted yes on Tuesday.  But this vote is only the beginning.  The outline of a structure is in place, now members need to be appointed and work needs to get started on the project.  The two major players – SMART and DDOT need to begin to work together.  This RTA doesn’t merge the two entities, but it will seek to coordinate their efforts.  There will be need for cooperation.  I have faith that this will happen, but only if we work together to bring this to pass.

Why don’t you join me and others in building a coalition to encourage work on this opportunity to build a better future for our region?  We’d love to have you join with us in the Metropolitan Coalition of Congregations, an interfaith/ecumenical organization pursuing the common good.  For more information you can contact me or Luke Allen, our Organizer at luke.allen@tubmanorganizing.org.
Yes, I have faith that if we’re willing to listen to each other and recognize that there is benefit for large numbers of people, people we know and love, young and old alike who would benefit, we’ll get behind this effort.  It can be an important economic engine, not only because the system itself will create jobs, but because will allow people from across the region to get to places of employment affordably, reliably, and quickly.  Even if you don’t intend to use these expanded transit opportunities, consider the needs and desires of your neighbors from across this region.