Reclaiming a Founding Vision -- A Sermon 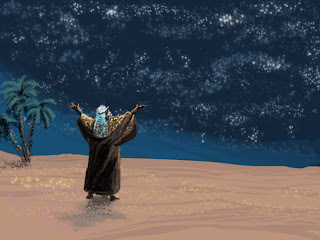 
Back in the 1970s millions of Americans watched a family’s story unfold in a TV mini-series that went by the title Roots.  Maybe you watched it.  It told the story of a young African man who was taken into slavery by the name of Kunte Kinte and his descendants.  It was and remains a powerful story, one that encouraged many other families to trace their own family origins.  After that people seemed to really get into their genealogies.  I know that some of you are hard at work tracing your own family histories.  Perhaps your interest in your roots was inspired by Alex Haley’s family history.

In just two weeks, I’ll be heading out on my three-month sabbatical.  Back when we were working on a grant proposal to fund the sabbatical I had to come up with a theme.  So,  I chose the theme – “Reclaiming a Founding Vision.”  Over the past year, even after we didn’t get the grant, I’ve been reworking this theme.  So as I go out on my sabbath journey, I plan to explore my own spiritual roots.  I also plan to spend some time considering Central Woodward’s spiritual roots.

Because I was born and raised an Episcopalian, I’ll be taking a look at my Anglican roots.  That will include a trip to England.   I’m also going to spend time in Southern California, where I plan to touch base with both my evangelical and my Pentecostal roots.  I’m also planning to pay a visit to the Episcopal Church where I was baptized as an infant.   I’m also taking a trip to Nashville, where I’ll be spending a few days reading through the papers of Edgar DeWitt Jones, which are housed at the Disciples of Christ Historical Society.

When I come back, I hope to bring pictures and stories about my roots and the congregation’s roots.  The question I plan to ask during this three-month period is:  How does our current reality and our future find roots in our founding reality?  I think I know where this leads, but we’ll have to see how this plays out.

As you might expect – these past several weeks have been focused on getting ready to go on the sabbatical.  Yesterday, we had a retreat where we did some thinking about what the next three months will look like.  The staff and some of the leaders of the church shared how they will be involved.   Even before we gathered yesterday, we’ve been busy making plans.  We’ve scheduled our preachers, our special events, and organized the ways in which we’ll provide for the pastoral care and administration of the congregation in my absence.

We’ve been reaching out to the preachers and getting them set up.  Rick and the rest of the team seem to know what their doing.  We’ve been planning some exciting events that include visits from Scott Seay and Darwin Collins in October and Ron Allen in November.  We’ve got a study series set for Sunday after church and Wednesday afternoons.  I believe that you will find these three months to be spiritually uplifting, so that when I return in December, we’ll all be ready to begin the next phase of our life together as a congregation seeking to share in God’s mission in this world.

My prayer for the congregation is that during this time of sabbath, you will also have the opportunity to explore your own spiritual roots.

As we take this journey – apart and together, it is helpful if we have a biblical story to guide our journey.  As I’ve been meditating on this very topic, I thought I would go to the book of Acts, but in the end I discovered that the best starting point is the story of the call of Abraham and Sarah in Genesis 12.  In this chapter and the chapters that follow, we find God calling a childless couple to leave their homeland and travel to a new place so that they could be channels of God’s blessing to the world.

God says to Abram – his name hasn’t changed yet – “I will make you a great nation and will bless you.  I will make your name respected, and you will be a blessing.”  Yes, in Abram and Sarai, “all the families of the earth will be blessed because of you.”

In the chapters that lead up to this event in the life of Abraham and Sarah, we see a world break away from God’s intention.  They fall into confusion and discord.  This isn’t God intention for creation, so God chooses to do a new thing by returning creation to its founding vision.  That vision is one of wholeness.

I appreciate the way that biblical scholar John Holbert puts it.

This passage is the Bible’s lynchpin  because the remainder of the biblical story will be one attempt after the other to reconstitute a broken world; God will be persistent and creative with divine ideas that God hopes will lead at last to shalom.”

From that point on, God will work through the descendants of Abraham and Sarah – both  biological and spiritual – to bring wholeness to a broken world.  This is the blessing that God promises to Abraham and Sarah and to us.  It is a blessing that is transmitted to us through the person of Jesus, who is, for Christians, the seed of Abraham.  As Paul writes to the Galatians, if in baptism, “you belong to Christ, then you are Abraham’s offspring, heirs according to the promise.”  (Gal. 3:29 NRSV).

Yes if we are in Christ, then we are Abraham’s children and heirs of the promise made to him and to Sarah, that through us God would bless all the families of the earth.

When I arrived five years ago, Central Woodward was already talking about being a missional congregation.  In February of 2009, we gathered for a retreat and discerned a set of core values that would guide us as we pursued this calling.  From that time to the present we’ve been working on living into this missional calling, which I believe is rooted in the call of Abraham and Sarah.  Their calling was a missional one.  As one writer put it – Abraham’s calling functions as a Great Commission, which means that the mission of God to which we’ve called doesn’t begin in Acts 2 or Matthew 1; it begins here in Genesis 12.

Yes, ours is an ancient calling.  It finds expression in different ways throughout history.  As followers of Jesus we have discerned at different times different aspects of this calling, but throughout the years God has been hard at work reconstituting a broken world.

It’s fitting that our Disciple identity statement calls on us to be “a movement of wholeness in a broken world.”   In making this statement, we don’t presume that we’ve achieved wholeness.   We simply hear the call that God first issued to Abraham and Sarah, which was an invitation to join with God in being agents of God’s blessing to the world.

As we venture out in this time of sabbath, I would ask that you consider how God might use you to be an agent of blessing.  As you ask this question, you will reclaim God’s founding vision for the descendants of Abraham.  It is a vision that is truly missional in nature.  Why?  Well, a blessing can’t really be a blessing if it isn’t shared.