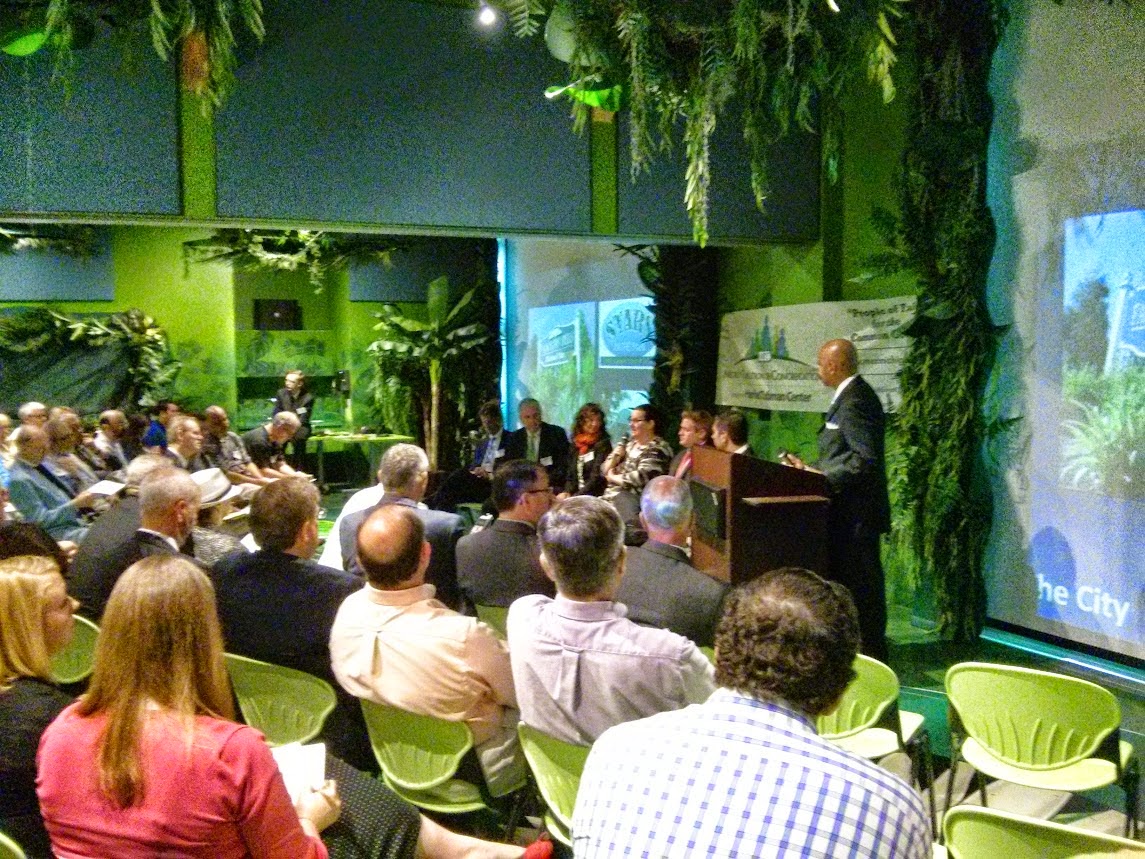 This morning I had the privilege of participating in an important conversation about Public Transit in Metro-Detroit.  We are one of the few large metropolitan areas without a regional transit system.  Recently the state established a Regional Transit Authority and a property tax vote will likely go on the ballot in 2016.  The Metro Coalition of Congregations, which sponsored this event, and which I serve as President, sponsored this event and are working to be a leading voice for transit.  We believe that this is a justice issue.  We believe this is a work that can help lead to healing of the divisions that are present in the community.  Here are my opening remarks offered this morning.  At the end of the post I will post links to two news articles that have been put up by local papers discussing the event.  I encourage you to follow the links and read the articles, for they give you a flavor of the event -- though they lack the moral imperative that we sought to share.

Good morning.  My name is Dr. Bob Cornwall. I am the Senior Minister of Central Woodward 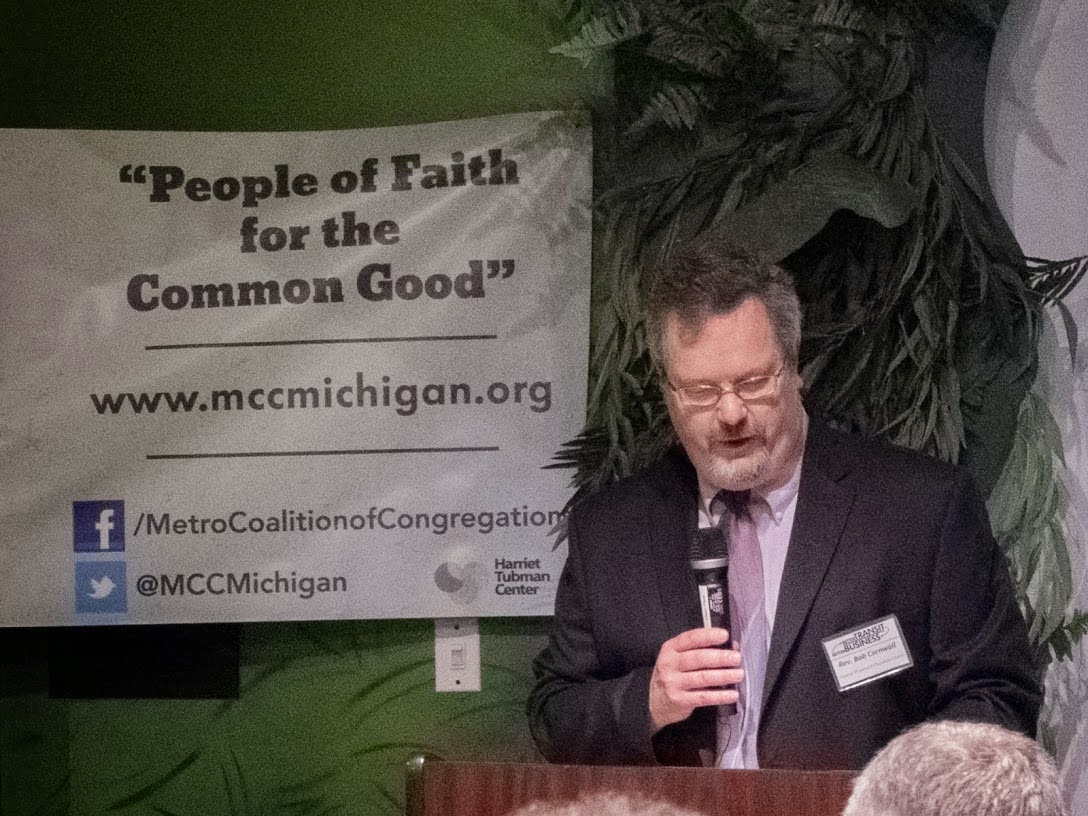 Christian Church of Troy and I serve as President of the Metro Coalition of Congregations.  On behalf of the Coalition and the Harriet Tubman Center, welcome to the Better Transit, Better Business Summit.  I want to especially thank Ron Kagan and the Detroit Zoo for hosting us.

The MCC is a faith-rooted community organizing collaborative working in suburban Detroit, and one of our primary concerns is the development of a world class regional transit system for South East Michigan.  Today’s conversation is focused on the relationship of mass transit and job creation.  Those of us who are clergy understand that better transit can create a better business environment, but we also want to make sure that this leads to an opportunity for everyone in the community to have a better life.

It is appropriate that we gather at the Detroit Zoo, which sits at the corner of Woodward Avenue and the 696 Freeway.  This is an important crossroads of trade and culture, linking Detroit with Oakland County; Macomb County with Anne Arbor.   We each represent specific interests:  Businesses need employees and customers.  Local communities need jobs and revenue so that services can be rendered.  Together, we can work for the common good of all.
While the benefits of regional transit are often on the tips of our tongues, public transit is not necessarily at the top of everyone’s agendas.  But, if we wish to have vibrant economy that benefits everyone living in this region, we might want to look at other communities across the nation that are reaping the benefits of good regional transit systems.  We don’t even have to go to Chicago – we just have to look to Grand Rapids.

Our coalition stands in solidarity with the people of this region, many of whom are part of our congregations, who need efficient, reliable, and affordable public transit so they can get to their jobs, to school, to medical treatments, to shopping and to cultural events.  While we’re saddened that so many of our young people are leaving Metro-Detroit for cities like Chicago and New York that have reliable regional transit systems, you don’t have to be a young adult to want or need access to public transit.

Let me give you just one example.  My congregation, along with the Congregational Church of Birmingham, hosts homeless citizens for a week each year through the South Oakland Shelter.  One of the things I’ve learned over the years is that many living in these shelters are working people who need reliable public transportation to get to their jobs, but neither of our congregations, which sit on major thoroughfares, has a bus stop nearby.

As a coalition of faith communities, we are motivated by the biblical call to love our neighbors as we love ourselves.  We have heard the prophetic call to stand in solidarity with those living on the margins of society, lending our voices on behalf of those who most often rely on public transit.  The MCC is a suburban-located organizing collaborative, but we believe that it is time to heal the wounds of division in the region, a division that often has significant class and racial components.  We believe that a truly regional transit system can contribute to this vision.

Our conversation this morning will be facilitated by MCC clergy and by Craig Fahle, who has graciously agreed to vacate his radio show to be with us this morning.  Conversation is good, but only if it leads to action.  Therefore, let us join together to make this dream a reality.

My colleague, the Rev. Louise Ott, who is Pastor of Congregational Church of Birmingham in Bloomfield Hills and the chair of our Transit task force, along with being a member of the RTA’s Citizen’s Advisory Council, will speak to the current transit situation and introduce to you the Regional Transit Authority Board and the person who has been called to lead the RTA.  Please welcome, Rev. Ott.