Time to Get Going -- Lectionary Reflection for Trinity Sunday (Year A) 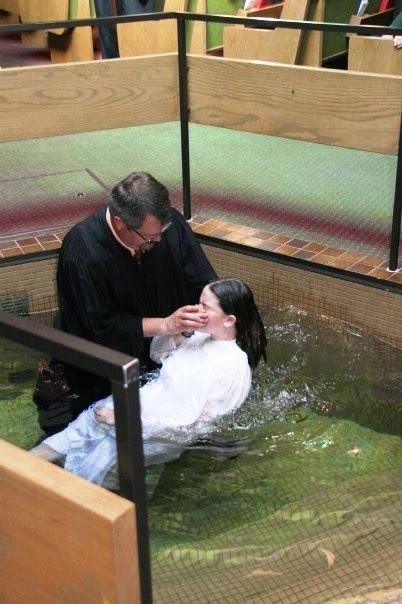 16 Now the eleven disciples went to Galilee, to the mountain to which Jesus had directed them. 17 When they saw him, they worshiped him; but some doubted. 18 And Jesus came and said to them, “All authority in heaven and on earth has been given to me. 19 Go therefore and make disciples of all nations, baptizing them in the name of the Father and of the Son and of the Holy Spirit, 20 and teaching them to obey everything that I have commanded you. And remember, I am with you always, to the end of the age.”

It is Trinity Sunday.   Pentecost has come and gone.  The Spirit has fallen, and now it’s time to get going into the world, empowered by the presence of the Holy Spirit of God.  The church has been commissioned to make disciples by baptizing them.  The command is to go immerse the world and get it wet so that the ta ethne -- the foreigners, the peoples, the tribes – might enter into the realm of God.  Jesus (Matthew) even has a formula by which this can be done --- immerse them in the name of the Father, the Son, and the Holy Spirit.  This is the formula by which millions of Christians have been ushered into the church down through the centuries.

I want to come back to the Trinity later in this reflection, but first I want to think about the missional imperative that is present here.  In Matthew’s gospel, this is the final word. Make disciples of the Gentiles.  There is in this Great Commission a sense of expansion.  It might seem in the early stages to be impossibility.  But the community receives a word of promise -- “I am with you always, to the end of the age.”  Although the church started out as a small, insignificant Jewish sect whose founder was executed by the Romans, essentially because he was perceived to be a terrorist, or at least someone who the authorities believed posed a challenge to Roman rule, it has penetrated almost every corner of the earth.  We can look back two thousand years and see how it developed, matured, made some unfortunate alliances with imperial powers, but through it all the gospel remained present even if at times the message of Jesus got subsumed under other messages.  As daunting as the task might have looked, this passage reminds us that ours is not a stationary faith.  It’s not limited to one people group.  The vision from the very beginning was to take the message of the God of Israel to the Gentiles so that all might be grafted into God’s realm.

The creators of the Lectionary chose this passage not for its sacramental values or its missional values – both of which are worth exploring.  No, this passage was chosen because – as is true of the reading from 2 Corinthians 13:11-13 – it has a strong Trinitarian formula.  Now, we need to state up front that the authors of the New Testament, whether Matthew or Paul (in the case of these two passages) did not have a developed Trinitarian theology.  And yet, here we have formulas that provided the foundation upon which Christian theologians in the centuries to come could reflect midrashically as they sought to understand the nature and purpose of God.  They explored and studied and reflected on these passages and what emerged was a distinct formula that has dominated Christian theology since the time of Tertullian in the early third century C.E.

Why did early Christians take this route?  Why did Athanasius, in the fourth century, choose to embrace this particular understanding of the nature of God?  Constantine probably didn’t care about the outcome of the Council of Nicea.  He could have lived with Arius – as did some of his successors – but the Council he called decided to embrace this formula.  Choosing this understanding of God has made Christian conversation with Jews and Muslims difficult.  These two other Abrahamic faiths embrace a very strict form of monotheism, into which Christian Trinitarianism doesn’t seem to fit in quite the same way.   Our interfaith conversations would be simpler if we just abandoned the Athanasian vision, but, if we did this, would we lose something special about our confession.

Not all of my friends and colleagues within my denomination or even congregation are Trinitarians.  There are a number of reasons for this, but some of them seem to believe that putting Christ into the Trinity will undermine his humanity.  Better to just confess the one God and let Jesus be a human being – a good human being, a prophet perhaps, but a human nonetheless.  As for me, I can’t let go of the Trinity.
The idea of God being Trinity – not three masks or modes of being or three separate divinities,  but one God in three persons  opens up a sense of complexity within God’s being.  I have found myself especially attracted to the idea of a social Trinity, especially as defined by Jürgen Moltmann.  Stephen Boyd, in his reflections in Feasting on the Word, contrasts Arius’ vision of God with that of Athanasius.  For Arius, God was singular and simple.  God was impassable, incapable of change or suffering.  For Athanasius, however, there is plurality within the oneness of God.  Thus, for Athanasius God was not “an isolated monad, God from eternity is relational; between the Father and Son, for example, there was, is, and always will be a mutual self-giving” (Feasting on the Word: Year A: Pentecost and Season After Pentecost 1 (Propers 3-16) (Feasting on the Word),

And so as we go forth into the World, we’re not alone.  God is present.  God is active.  God is creating and recreating.  God is redeeming.  God is sustaining the creation.  Yes, God is with us – in Jesus through the Holy Spirit – to the end of the age.  The language of the Trinity can be problematic.  It is very masculine, even if we see the Spirit as the feminine form.  I’m partial to the traditional formula because it keeps the distinction of persons present.  We see God present in God’s actions, but the way God encounters us is as Trinity and not simply in terms of different masks.  One version of the Trinitarian formula that offers promise names God “Father, Son, and Holy Spirit, Mother of Us All.”  So who is this God, whom Christians have named as Trinity from even before Nicea?

As we contemplate this passage and its message, its call to go into the world and make disciples for the God we know as Father, Son, and Holy Spirit, perhaps these words by theologian Clark Williamson can be of assistance:

The doctrine of the Trinity is a symbol that matures over time as a people reflect on their experience with the God of Israel disclosing God’s self to them in Jesus Christ in the power of the Spirit.  [ Way of Blessing, Way of Life: A Christian Theology, (Chalice Press, 1999), p. 123].

Such is the economic doctrine.  The God whom we encounter as Father, Son, and Holy Spirit in the actions of God.

The Triune God is a God in sociality, rich in inner and outward relationships.  It is only of the living God that it is possible to say that “God is love, for love is not solitary, but presupposes those who are different, joins those who are different and differentiates between those who are joined.  If “the Father, the Son and the Holy Spirit” are bound together through eternal love, then their unity consists in their oneness in each other.  They form their unique divine community through their self-giving to each other.  By virtue of their overflowing love they go beyond themselves and open themselves in creation, reconciliation and redemption for the other, different nature of finite, contradictory and moral created beings, in order to concede them space in their eternal life and to let them participate in their own joy.  [Sun of Righteousness, Arise!: God's Future for Humanity and the Earth

I have included this lengthy quotation because it describes so richly the inner relationship that is God, into which we are drawn, and thereby experience salvation, healing, wholeness, reconciliation.  We are transformed by our encounter with the God who is love, who is revealed to us in the person of Jesus – the Logos of God – and is present with us through the Holy Spirit.  One God, mother of us all.

Our calling, our commission, then, is to draw others into this relationship.  We preach, we disciple, we baptize, and in the course this work, God draws humanity into God’s self, transforming all – and this is a task that transcends time as we know it.  But the promise is there Jesus will be present with us and to us to the end of the age.
Baptism Clark Williamson Gospel of Matthew Great Commission Jurgen Moltmann Lectionary Reflection Relationality Social Trinity Trinity Trinity Sunday

Anonymous said…
This was deep - and rewarding.