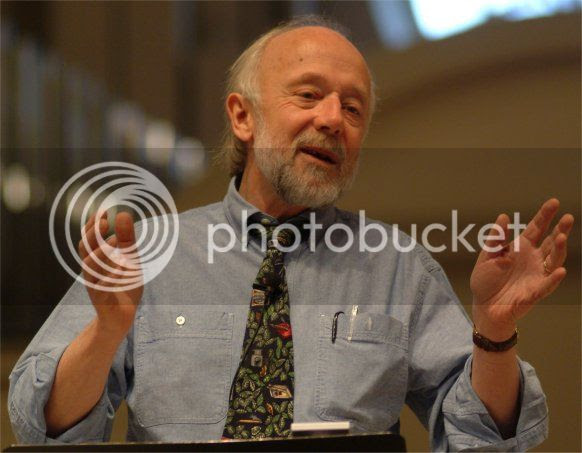 By now many readers of this blog will have heard through social media that Marcus Borg died on Wednesday.  He was only 72, but apparently died after a lengthy illness.  Like many I have found Borg to be an important companion in my faith journey, even if I often disagreed with his methodology and sometimes his conclusions.  From my own readings and through conversations with those who knew him well, I discerned him to be a man of faith, a man of humility, and a man of compassion.

I have read many of his books, and have offered reviews of many of them (just search for them on the blog).  I first encountered him during the early 90s. I made use of his books while teaching at Manhattan Christian College -- a rather conservative institution.  I was offering a senior seminar on Jesus (I was going to say Jesus Seminar, but didn't want to confuse things) to Topeka to watch via video the proceedings of the "Jesus at 2000" conference, which Borg organized and appeared in.  I also had them read Borg's book Jesus: A New Vision, the book that put him on the map. While the students didn't gravitate to his interpretation they found him challenging, strangely attractive, and enjoyable to read.

He is famous for stating that he "takes the Bible seriously, even if not literally." I appreciate that, though I might take some things more "literally" than would he.  But once again the message that he offered was one of a humble agnosticism on ultimate questions.  It wasn't evasion, it was simply recognition that there are some things beyond our comprehension.  While I have never been a fan of the Jesus Seminar, which he was a leader of, he always seemed more generous in his responses to critics than some of the others.

While he was a scholar to be reckoned with, most of all he was a person of faith.  He was a liberal, but not just in his theology.  He was liberal in his spirit toward others. His response to those who rejected belief in God is always worth considering -- when an atheist described their conception of God, he would most often note that he didn't believe in that God either!  He will be missed going forward, but his legacy and witness will continue on.

Steve Kindle said…
“So, is there an afterlife, and if so, what will it be like? I don't
have a clue. But I am confident that the one who has buoyed us up in life will
also buoy us up through death. We die into God. What more that means, I do not
know. But that is all I need to know.” ~Marcus J. Borg
3:53 PM