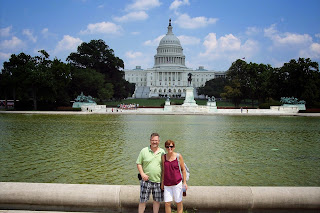 When I set up this blog, I engaged in more political speech than I have lately. In large part that is because our political discourse has gotten so course and divisive that I find it difficult to enter the conversations. I don't mind a good argument, but when the debate leads to demonizing others, I can't enter in. But I feel the need to say something, especially on the heels of yesterday's student demonstrations and Tuesday's special election. The student demonstrations give me hope, but I fear that other forces will seek to domesticate their voices. Nonetheless, there is hope in their message.

Here is where I stand at this moment. I believe in the American system of governance. It is not perfect, but it has stood the test of time and severe challenges. I believe the system is currently facing a time of testing. I pray that it will hold, though partisans left and right have stretched the bonds of our system to an almost breaking point. I will confess that my political instincts and partisan registry is that of a left of center Democrat. I have been of this persuasion since my seminary days, though I grew up in what I perceived was a moderate Republican household in a state that tended to produce moderate to liberal Republicans like Mark Hatfield and Tom McCall. I long for the days when the two parties were not so sharply divided, even as I pursue positions that will be construed as liberal or progressive.

My sense is that most Americans want to see their government work, but over the past several decades due to a variety of challenges, we have grown cynical. We don't trust the basic institutions of society, whether it's government, schools, businesses, and even religious institutions. So we grew further apart, allowing ourselves to be manipulated by self-interested parties or we simply give up on the system all together. I can't do that, which is why I have gotten involved in a local political campaign, supporting a good friend running for State Representative. I admire her and others who are friends whom I  deeply respect, who have committed themselves to public service at a time when such service is not always appreciated.  I appreciate them first and foremost for remaining true to their principles. Not everyone does so, which means they need our support (and prayers).

I decided to write this post after watching with great interest Tuesday evening's election returns in the special election for the 18th Congressional district of Pennsylvania. A Democrat won a tight race in a what is typically a heavily Republican district, which Donald Trump won by 20 percentage points over Hillary Clinton. It is in that context that Conor Lamb won a race he shouldn't have won. But he won because he ran as a moderate Democrat, who didn't run against the President, but simply offered himself up as one who would work for the good of his district. . He is, as Democrats go, rather conservative, but he fits his district. If you're going to win you have to fit your district. So, he is a lot like West Virginia Senator Joe Manchin. That means he is to the right of most Democrats. Many wonder how he will fare in the Democratic caucus? We will have to wait and see.

I titled this post "finding the center," because I think that is where we need to find ourselves. I don't mean by this a mushy moderate political position, that involves giving up our principles. I believe strongly in the pursuit of justice for all. I stand against racism, sexism, homophobia, religious bigotry. I stand with climate science. I won't give up my own principles, but maybe we could lower the volume and temperature a bit, so we can hear one another once again. I think that's why Conor Lamb won over a bunch of Republicans who voted for Donald Trump.. He listened to their concerns and promised to work hard on their behalf. That is a good promise to make. If we can do this, perhaps we can work toward the common good for everyone, and not just Americans who look like me!