The Disciples Plea for Christian Unity 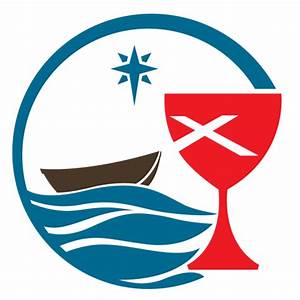 This Sunday I will be preaching on Christian unity. I am drawing from Psalm 133, which declares “how good and pleasant it is when kindred live together in unity.” This is one of my favorite passages. It has served as a foundation for my own sense of call to ministry. I am an ordained minister in a denomination that made the pursue of Christian unity its core message. Barton Stone called unity his “polar star.” Thomas Campbell argued that the division of the churches was a moral evil (Declaration and Address).

As I have been thinking on this question, which emerges from the sermon preparation, but also my invitation to join the Council of Christian Unity board (the CCU is the Disciples ecumenical arm), I have been looking at the work of Edgar DeWitt Jones (founding pastor of Central Woodward Christian Church and a noted ecumenical leader, having served as President of the Federal Council of Churches from 1937 to 1939). I am not Edgar DeWitt Jones, who was one of the premier preachers of the first half of the 20th century, but I find him to be of a common mind on things ecumenical. I recently posted a transcript of a speech given to the 1938 meeting of the Federal Council of Churches, a speech broadcast nationally on NBC radio.  I also have a copy of a speech given to the International Convention of the Christian Churches (Disciples of Christ) in 1937, shortly after his election as President of the FCC. In this speech he speaks of the Disciples relationship to the Council.
He begins with a reminder that the Disciples movement was born out of a vision to pursue Christian unity, a vision articulated by Thomas Campbell, that the “church of Christ on earth is essentially, intentionally, and constitutionally one; consisting of all those in every place that proves faith in Christ and obedience to him in all things according to the Scriptures, and that manifest the same by their tempers and conduct.” The quote from Campbell’s “Declaration and Address,” sets up his own sense of the Disciples purpose. He writes (spoke):

The union of all the churches was, and is, the plea of the Disciples. For this end we were born. For this cause came they into the world. Other churches emphasize this or that important doctrine—missions, benevolences—but the paramount issue with the Disciples has been, and is, the reunion of the divided house of God. Others now have taken up this plea for Christian Union. It no longer belongs exclusively to the Disciples, if indeed it ever did. Today, if the voice of the Disciples Pleading for union is not lost amide the other voices, it will have to rise clear and clarion, and with a new insistence. [Edgar DeWitt Jones Papers, Disciples of Christ Historical Society]

As you read the speech, it becomes clear that Jones is reminding the Disciples of their founding vision. He commends them for their participation in the Council, which was committed to bringing “the Christian bodies of America into united service for Christ and the world.” He notes that at least some leading Disciples were engaged from the very beginning, though “the rank and file were slow to catch the vision splendid and perceive the power and possibilities of the Council.” Here is the rub. While Disciples involvement had been “excellent,” its financial support was lacking. He was rather blunt with his assessment of the Disciples commitment financially to the work of the Council (remember he was its newly elected President): “So pitiful has been our financial support of the Federal Council that I am abashed, ashamed, humiliated, to state the facts. We have talked so big and given so little.” He acknowledges that the Disciples lacked the structures to put forth funds like some of the other denominations, but still it was rather pitiful. Fortunately, the Association for the Promotion of Christian Unity (forerunner of the Council on Christian Unity) provided support from its funds, but it didn’t have sufficient funds to give as Jones believed Disciples should be doing.

Things are a lot different today than in the early 19th century, or even the early 20th century. Supposedly we live in a post-denominational age, where our various theological differences don’t matter much. This has led to a decline in interest in ecumenicity across the board. Unfortunately, this is true for Disciples as well. The Council on Christian Unity is a shadow of what it was a half century ago (it is down to one staff member, its President, but no other staff). I’m told that interest in things ecumenical simply doesn’t have the interest among the people as once it did. It could be that people have concluded that all the significant issues have been dealt with, and thus there is little reason to expend energy on theology and structures, when there are bigger issues confronting us. I recognize that there are big issues out there, but that needn’t preclude us from initiating conversations with other denominational bodies or reengaging with our siblings in the other two branches of the Stone-Campbell Movement.

Perhaps our lack of interest in this work stems from the fact that it is challenging work. We expended much energy to the Consultation on Church Union, which ultimately fell apart. It continues to limp along in the form of Churches Uniting in Christ (CUiC), but it attracts little attention or interest among our churches. I’m not sure that we will ever reach that point where we experience church union. While Dr. Jones did envision a union of churches, as did the founders of COCU, maybe this simply isn’t possible or necessary. At the same time are we satisfied with the way things are now, when we join together to offer a VBS program or hold an ecumenical service? What about moving forward with, at minimum, pursuing relationships that allow for mutual recognition of ministries and sacraments?

The Disciples have bi-lateral relationships with the United Church of Christ and the Alliance of Baptists, and are set to enter into a bi-lateral agreement with the United Church of Canada, but what about the rest? What about the PC (USA) or the ELCA? Perhaps none of this matters. Perhaps it is too parochial, when multi-faith conversations seem much more attractive. Such conversations do seem a bit easier (and perhaps more fun), because we’re not engaging in union conversations. I have spent the better part of the past 20 years involved in interfaith work. I highly value it, but that doesn’t mean we don’t have ecumenical work left to complete.

As a book written years ago by the founding editor of the Christian Century (and a Disciple whose influence led Dr. Jones to Detroit) suggests, we are part of an Unfinished Reformation.  Jones calls out the Disciples, whom he believed had “been talking on the subject for a century, and more. The time has come to do something about it. Put the accent on action.”  Is there, I wonder, any energy left to pursue such a dream (beyond merging our dwindling interests so we don’t disappear)?