Lawful, but not beneficial -- Implications of 1 Corinthians 10 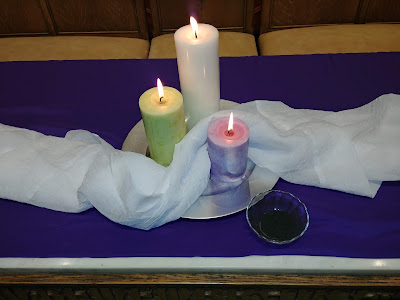 In the Wednesday afternoon Bible Study, we’ve reached 1 Corinthians 10. There is much to explore in this passage. Paul talks about baptism and the Eucharist, at least implicitly. He reads the Exodus story typologically, incorporating the Corinthian church in the story of Israel. He also addresses, once again, the issue of eating meat sacrificed to idols. As I read the final section (verses 23-32), I sensed that these verses are rather pertinent to our times.

1 Corinthians 10:23 repeats a statement Paul first made in 1 Corinthians 6:12: “’All things are lawful,’” but not all things are beneficial. ‘All things are lawful,’ but not all things build up.” The context is eating meat sacrificed to idols. As far as Paul is concerned the meat itself isn’t tainted, and thus if offered to you, eat it. After all, the idols are not real. You won’t be infected with a demon by eating it. Paul doesn’t want them to share the table of demons, by which he means, participating in idolatry (1 Cor. 10:19-21). But the meat is, of itself irrelevant.

So, if you go to dinner and meat is set before you, don’t ask where it came from. If an unbeliever invites you to dinner, and you want to go, that’s okay. Again, eat what’s set before you without asking questions. However, if someone points out that the meat was part of a sacrifice at one of Corinth’s temples, then refrain from eating. It’s not that the meat is somehow now tainted, but the fact that the person pointed this out suggests that this person is concerned. All of this is framed in the context of conscience—not one’s own conscience, but the other person’s conscience.

Here is the word I think speaks to our times. Paul responds to the unspoken question, and that is one of freedom. Remember all things are lawful/permitted. Why should my freedom be impinged upon because someone else’s conscience is damaged? Shouldn’t I be able to do whatever I please? After all, I’m free am I not?

Regarding food, Paul says that whatever you eat or drink, do so for the glory of God. However, “don’t offend either Jews or Greeks, or God’s church” (1 Cor. 10:32 CEB). Yes, everything is lawful/permitted, but Paul concludes: “I don’t look out for my own advantage, but I look out for many people so that they can be saved” (vs. 33). I don’t look to my own advantage, but to that of the other. It’s not about my conscience, it’s about the other person's conscience.

We live at a time when growing numbers of people are demanding the freedom to say whatever they want. To suggest otherwise is political correctness. It doesn’t matter if it hurts someone. I have the right to say what I wish and do whatever I want. It is that spirit in our midst that led to the election of a President who is both thin-skinned and intent on saying whatever he feels and doing whatever he wishes. He can speak dishonorably of a recently deceased senator who spent five years in a prisoner of war camp without any repercussions. Why is that? Is he somehow an aberration or is he product of our times? I would suggest the latter. Furthermore, does he not represent a vision of society that infects even the church?

Paul says—don’t offend Jews or Greeks or the church itself. He claims not to look for his own advantage (in chapter 9 he makes that abundantly clear). Instead, he looks out for the interests of others, especially that they might be saved. What does he mean here? He means that the mission of God is preeminent. He may have freedom from the law, but he is bound by the calling of God, which is to build up others.

I’m preaching from Psalm 32 this Sunday. The psalm opens with the words “Happy are those whose transgression is forgiven, whose sin is covered” (Ps. 32:1 NRSV).  Then in verse three, the psalmist confesses: “While I kept silence, my body wasted away through my groaning all day long” (Ps. 32:3 NRSV). In my prep it became clear that verse 3 speaks of the corrosiveness of sin. What is sin? The transgression of which brings blessing if forgiven?  Could it be this? Could it be that sin is that which “violates shalom?” Cornelius Plantinga, Jr. suggests that God hates sin not only because it violates God’s law, but “more substantively, because it violates shalom, because it breaks the peace, because it interferes with the way things are supposed to be.” (Not the Way It’s Supposed to Be, p. 14). Racism, sexism, all the isms of our day, they are expressions of moral evil. They are also sin because they are a breach of God’s shalom. As Plantinga puts it, “shalom is God’s design for creation and redemption, sin is blamable human vandalism of these great realities and therefore an affront to their architect and builder” [Not the Way It’s Supposed to Be, p. 16].

We have freedom, but we are not free to vandalize or violate God’s shalom. Instead, as Paul declares, we are to engage in that which builds up. Sin is pervasive in the world. None of us are sinless, but, happy are those who are forgiven by God. May we acknowledge that forgiveness so that we might enter the righteousness of God and be part of God’s shalom in the world. The world will benefit mightily if we would simply live out Paul’s dictum that while “everything is permitted, … everything isn’t beneficial” (1 Cor. 10:23 CEB). It would be nice if our political leaders understood this, but until they do, may we embody this principle!