The Restorative Waters of God - A River Crossings Reflection 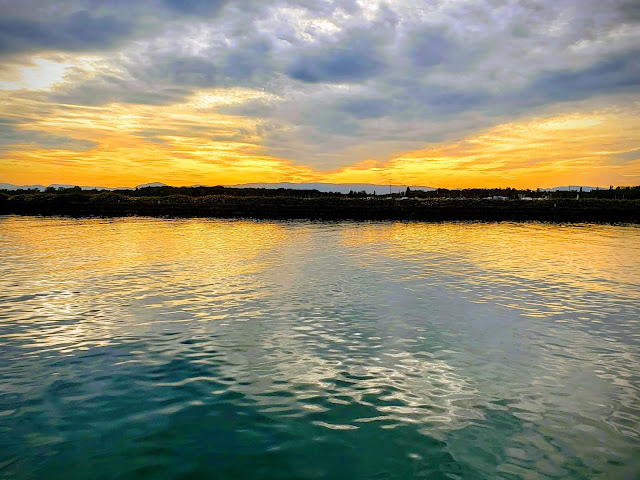 
As I came back, I saw on the bank of the river a great many trees on the one side and on the other. 8 He said to me, “This water flows toward the eastern region and goes down into the Arabah; and when it enters the sea, the sea of stagnant waters, the water will become fresh. 9 Wherever the river goes, every living creature that swarms will live, and there will be very many fish, once these waters reach there. It will become fresh; and everything will live where the river goes. 10 People will stand fishing beside the sea from En-gedi to En-eglaim; it will be a place for the spreading of nets; its fish will be of a great many kinds, like the fish of the Great Sea. 11 But its swamps and marshes will not become fresh; they are to be left for salt. 12 On the banks, on both sides of the river, there will grow all kinds of trees for food. Their leaves will not wither nor their fruit fail, but they will bear fresh fruit every month, because the water for them flows from the sanctuary. Their fruit will be for food, and their leaves for healing.”
(Ezekiel 47:1-12)


It begins with a trickle, emerging from the Temple of God. As it moves eastward, it widens and deepens. At first, it was just ankle deep and then knee-deep. Before long it was up to Ezekiel’s waste, and eventually, it deepened to the point that one could no longer cross it, at least not with swimming across. As the river widened and deepened, Ezekiel could see standing on both sides fruit-bearing trees. All of this begins with that trickle flowing from the threshold of the Temple. Eventually, the river enters the Arabah and the Dead Sea. Amazingly, as the river that began with a trickle restores the salt-laden lake to life when the river waters merge with that of the sea. Ezekiel proclaims: “Every living creature that swarms will be able to live wherever this stream goes; the fish will be very abundant once these waters have reached there. It will be wholesome, and everything will live wherever the stream goes” (Ezk. 47:9 Tanakh).  What was dead is restored life. It was unwholesome is now wholesome, all because of the waters that flow as a trickle from the Temple of God.

I come to this reading from Ezekiel 47 during my sabbatical season, which we’ve given the theme “River Crossings.” The congregation is exploring water-related texts, as am I. I’ve also been visiting places that are marked by water, from the Rhine to the Columbia, both of which start in the mountains and flow in ever-widening dimensions toward a sea. The Rhine empties into the North Sea and the Columbia into the Pacific. These were not the only rivers and streams and lakes I have visited, but they are important rivers.
Ezekiel wrote to exiles living in Babylon. He wrote to a people whose Temple had been destroyed, and in this vision he speaks of the blessings that will come with a restored Temple. Indeed, as Walter Brueggemann notes "whereas in the old tradition, the 'river of life' flowed from God's garden, now in the new order of God's presence, the river of life will flow from beneath the altar of the new temple (47:2). The new temple is the source of new life for the world" [From Judgment to Hope, 19]. Ezekiel writes to the exiles, giving them hope that God is still present and still at work, restoring what seems dead. Yes, his message is that what was dead will be restored to life. I’m a bit surprised that this reading from Ezekiel 47, which is quite powerful, didn’t get included in the Revised Common Lectionary. Nevertheless, there is a word here that can speak to us as we consider Ezekiel’s message.

Jesus spoke of faith like that of a mustard seed. It starts small, almost invisible, and yet it becomes a great tree in which the birds of the air can make their nests (Matt 13:31-32). Here it is a river that starts small and ends up becoming something large and life-giving, restoring life to that which was dead, so that the fish can once again inhabit its waters, and those who fish can make a living from their catch. In essence, the Dead Sea becomes the Sea of Galilee.

There are a variety of ways of approaching the passage, including a conversation about the importance of water and the ecological importance of protecting and restoring the rivers in our midst. Earlier in my sabbatical, I read a book by Akiko Busch titled Nine Ways to Cross a River. Busch swam nine rivers over the course of four summers, reflecting on the experience. She swam such rivers as the Hudson, Connecticut, and even the Mississippi. Often she heard the warning that the river was too dirty to swim in. People had become so used to the rivers being dirty that they may not have realized that restoration had o
ccurred. She was not, however, deterred. So she writes early in the book:

Four summers and nine rivers later, I have come to realize that the divide I once wanted to breach is not simply personal. Certainly that is a part of it, but traveling to these rivers and swimming across them has also served to connect me to the rivers and their communities; becoming immersed in the water of these rivers has also inevitably immersed me in their greater stories of transformation and renewal. At nearly every river I went to, I sooner or later confronted the conviction that the river was too dirty to swim in. While in some cases the warning to stay out of the river came from a knowledgeable source, just as often it was a product of uninformed local lore; the idea that rivers are just too polluted to swim in has become deeply rooted in the popular imagination of the American people. It is one of my hopes here to propose an alternative conviction; to suggest that as rivers are reclaimed, so too can they be restored to a function they have long served in the human community as a place of personal renewal. I am certain most of us are receptive to this idea. Or hint, as Robert Frost might see it. The Vermont poet once observed: "How many times it thundered before Franklin took the hint! How many apples fell on Newton's head before he took the hint! Nature is always hinting at us. It hints over and over again. And suddenly we take the hint."  [Busch, Akiko. Nine Ways to Cross a River (pp. 13-14). Bloomsbury Publishing. Kindle Edition.]

Her conclusion is that as rivers are reclaimed they can become places of personal renewal.

In Ezekiel 47 a dead sea is restored due to the inflow of the waters that began its renewing trek in the Temple. A place where life was impossible (and continues to be so to this day) is in this vision restored to life. I don’t think Ezekiel had in mind a literal river flowing from the Temple down to the Dead Sea. I think he had in mind something more spiritual. To exiles who were experiencing a sense of hopelessness, came the promise of new life that came with the infusion of water that flows from the Temple.

For us as people of God, might this not speak of the role of baptism? Or, might it speak of the inflow of the presence of the Spirit of God? Are we avoiding the waters of life, perhaps because we’ve heard odd tales? I hear in this passage an invitation to get into the river, and swim, and enjoy the renewing presence of the Spirit. The purpose of my sabbatical is to stop and ponder—or following Frost, getting the hint when the apple falls on my head! May we all find our way into the life-giving waters that flow from the Temple of God. 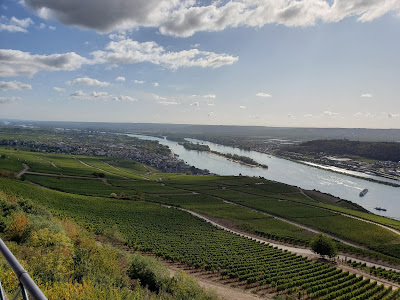