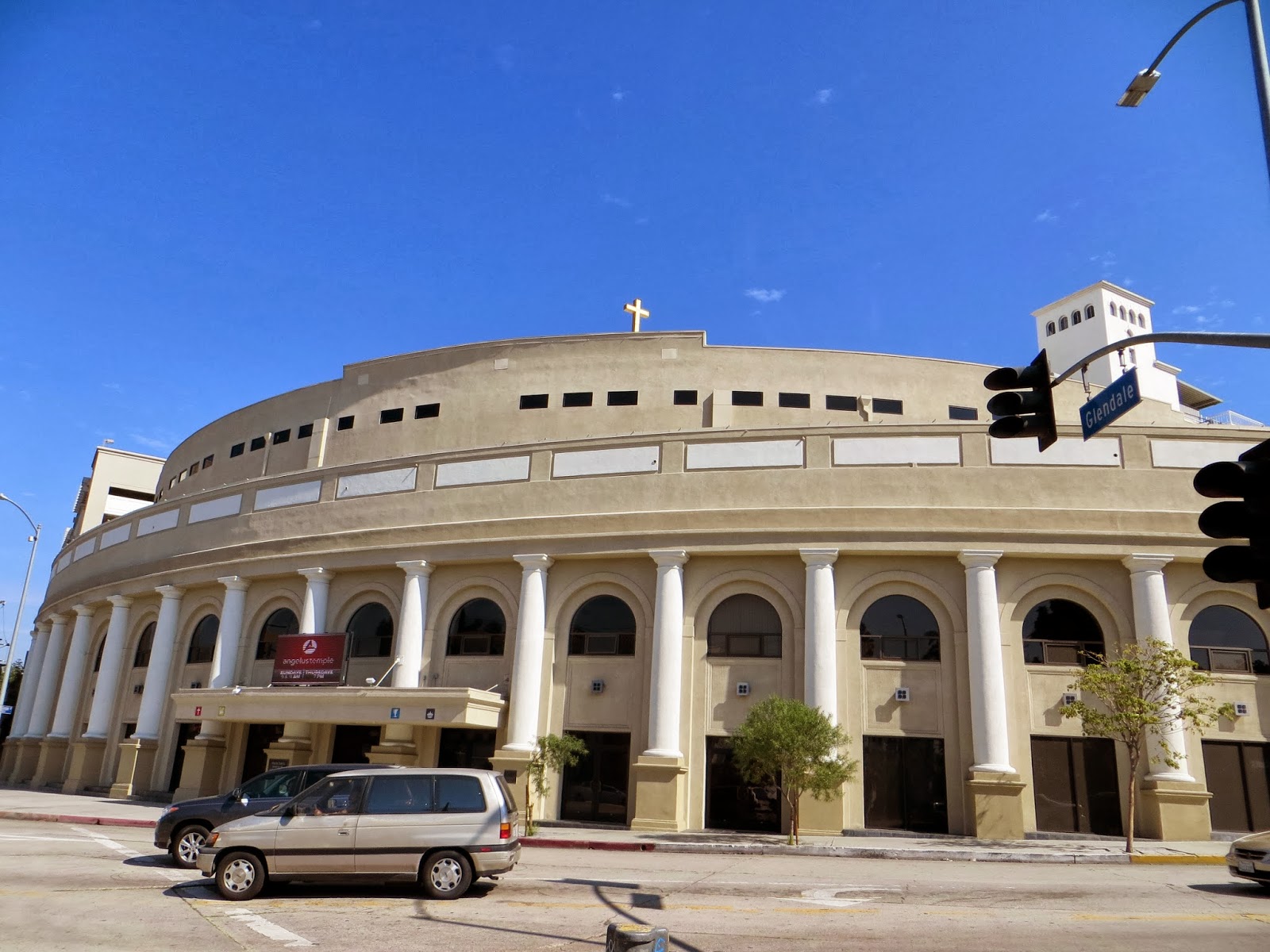 When a storm hits, knocking out the power, life can get interesting.  No lights, no refrigeration, no stove, no heat, and no television or computer.  If you have a smart phone you might have access to the outside world, but if you don’t, you’re in the dark.  And that’s not a feeling we enjoy.  Of course, there’s also political power, which I won’t get into!   It seems that power comes in many forms.  It can be used to bless and it can be used to destroy.  Remember that the same atomic elements used to create electricity can be used to destroy cities and nations.

Although power can be dangerous – it’s also essential to life.  In this fifth sermon in my series on Reclaiming a Founding Vision, I want to affirm the power that comes to us from God through the Holy Spirit.

Andy Crouch recently wrote a book about “Redeeming the Gift of Power."   Crouch writes that “Power is for flourishing – teeming, fruitful, multiplying abundance.”1  What he means is, because God uses the power of creation to shape where life can flourish, we who bear the image of God get to participate with God in creating these kinds of environments.

In Acts 1, Jesus told the disciples that they “would receive power when the Holy Spirit has come upon you.”  That power came on the day of Pentecost, when the Spirit came upon them like a mighty wind, empowering them to proclaim the good news to the world.  Then, when the people in the city heard these things, they asked Peter:  “What must we do to be saved?”  He answered “Repent, and be baptized everyone of you so that your sins may be forgiven, and you will receive the gift of the Holy Spirit.” (Acts 2:38).  Turn to God, be baptized, and you too can receive this gift of power from the Holy Spirit.

What is the purpose of this gift of power?  That’s the question Paul tries to answer in 1 Corinthians 12-14.  As you can see from this text, things had gotten out of hand. People were focusing on their own individual spiritual experiences and in the process stepping their neighbors.  Paul didn’t reject these experiences, but he put them in context.  Paul wrote to his friends in Corinth, reminding them that the church is the body of Christ, and that each member of the church is an important part of that body.  Each of them – and each of us – is given a gift, as the Spirit chooses, so that they and we can praise God and serve and love our neighbors.  There is a diversity of giftednesss, because a variety of gifts are needed to create an environment where life can flourish.

Although Barton Stone hosted the Cane Ridge Revival, where ecstatic experiences were common place, Disciples tend to emphasize the rational side of the Christian faith.  You don’t have to have ecstatic experiences to know that you belong to God – just remember your baptism.  Besides, when it comes to knowing the will of God – we don’t need any source other than Scripture and our own intellect.

I spent a number of years during my late teens and college years in Foursquare Gospel Churches.  I left these churches for the Disciples, because I found the Disciple emphasis on a rational faith to be attractive.  It fit my personality.  But, while you can take a person out of a movement, that doesn’t mean that the movement hasn’t left its mark on you. 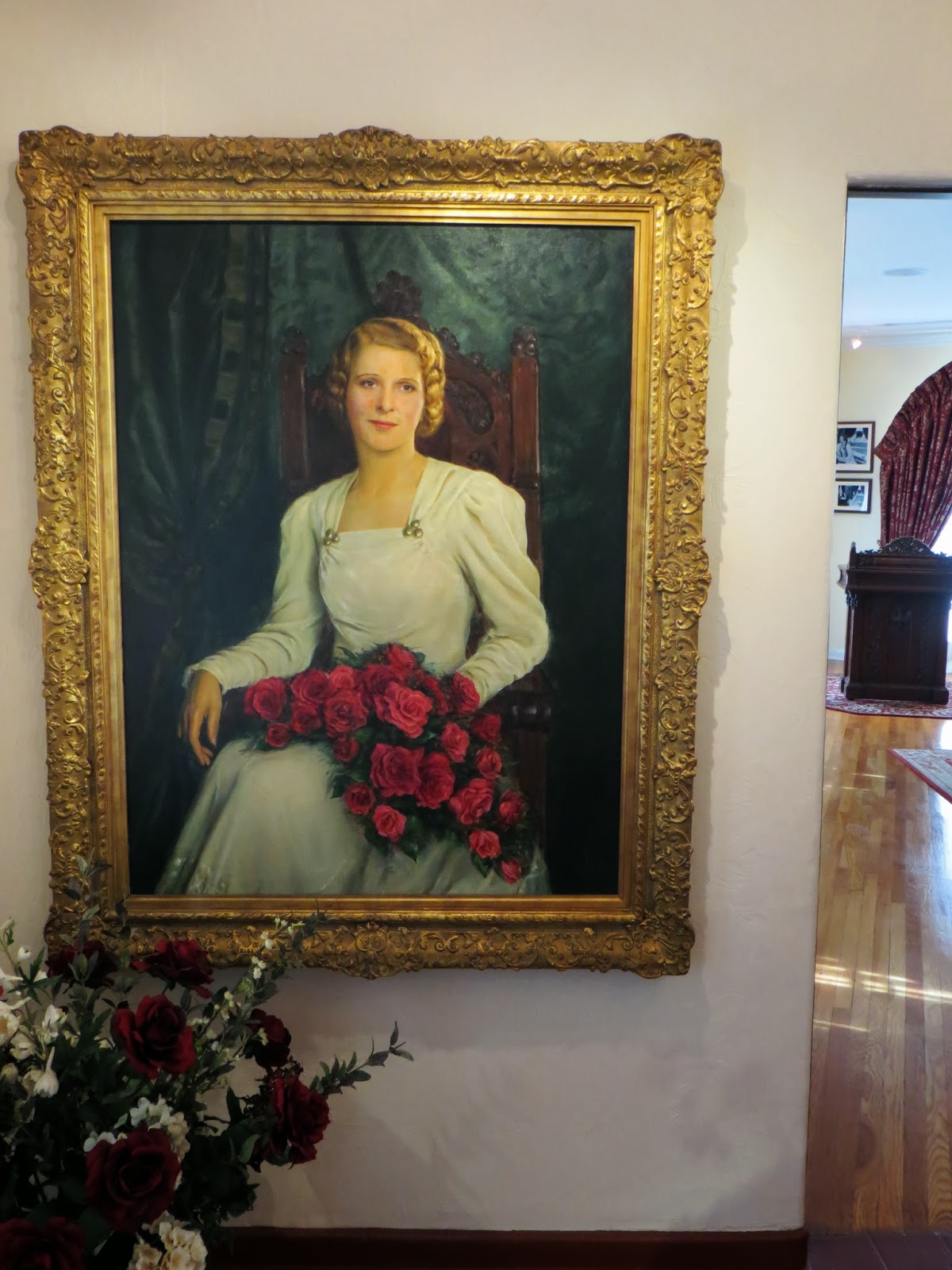 So even as my Anglican heritage and my sojourn in evangelicalism have left their mark on me, so has my sojourn among the Pentecostals.  So, during my sabbatical I spent some time reflecting on this inheritance, and I made a pilgrimage to Angeles Temple, the mother church of the Foursquare Gospel denomination.  Cheryl and I had a great time talking with the docent at the Foursquare Heritage Center about that church and its influence on life in Southern California and the West Coast.  I always love to tell the story about how Aimee Semple McPherson’s church fed more people during the Great Depression than the county of Los Angeles.  I think this is a sign of spiritual  empowerment.

I have to confess that I’ve struggled with how to integrate this Pentecostal inheritance into my spiritual life.  When I referred to myself as an ex-Pentecostal, Amos Yong, who is a Pentecostal theologian and our 2012 Perry Gresham lecturer, challenged me on this.  In the course of our conversations, he helped me re-frame this part of my journey so that I could drop the ex from Pentecostal.  It also helped me bring my book on spiritual gifts to a fruitful conclusion.

If Paul is correct, that there is a variety of gifts or charismata, but only one Spirit who gives to each of the gift we need to fulfill our calling.  So maybe, we’re all Charismatics – people filled with the power of the Holy Spirit and gifted for service to God and our neighbors – near and far.

I want to return for a moment to this Pentecostal Movement that helped form me.  It is believed that the modern Pentecostal movement was born out of the Azusa Street Revival in Los Angeles.  In 1906 an African-American preacher named William Seymour started holding meetings in a storefront church.  As he preached, people began to have ecstatic experiences, which they attributed to the Holy Spirit.  People spoke in tongues, experienced healing, and apparently witnessed other miraculous events.  Many of the participants began to believe that these experiences were signs that the world was entering the Last Days.  Once again the Spirit was moving, like on the day of Pentecost.  Surely God was at work in their midst.  They saw themselves, at least at first, as a vanguard of renewal for the church, but not everyone received their witness and so they began to develop their own networks outside mainstream churches.  That is, until the Charismatic Movement broke out in Mainline Churches and Catholic Churches during the 1960s.

Unfortunately division set in.  People on both sides of the Pentecostal divide began to see themselves as superior to the other, and so the possibilities of learning from each other were squandered.  But, interestingly enough, people outside the Pentecostal movement discovered Paul’s teachings on spiritual gifts, and so new opportunities for mutual encouragement have begun to develop. nature of these early revivals.  In 1906 the church was segregated, but at Azusa Street people of every ethnic group gathered to worship and to hear this black preacher.  And while most of the participants were poor and lower middle class, the revival crossed socioeconomic lines as well.  But not only that, at a time when even liberal Protestant churches were still barring women from their pulpits, this movement gave women the opportunity to preach.  Yes, the message that William Seymour offered was one of radical egalitarianism.2  So, you can imagine why many good upstanding Christians viewed this revival with suspicion and even disdain.  It was dangerous!

Our founding vision is this: God covenanted with Abraham and Sarah, telling them that the nations would be blessed through their descendants.  The message we hear in Acts and 1 Corinthians is that through the Spirit, God has gifted us and empowered us to carry out this mission.  These gifts of God are “manifestations of the Spirit for the common good.”

So, it seems that Pentecostals tend to emphasize ecstatic experiences with the Spirit.  At the same time, Disciples tend to emphasize a faith that is rational and understandable. The good news is that we don’t have choose between the two.  Both are expressions of the Spirit of God who indwells us.

When it comes to deciding when and where the Spirit comes into our lives, Scripture offers several pictures.  It might be baptism or it might be some other subsequent event.  In his book entitled Inspired: The Holy Spirit and the Mind of Faith,

biblical scholar Jack Levison takes us back to the Old Testament – to the story of creation.  In Genesis 2, after God creates the earth, God takes some dirt and fashions it into a body, and then God breathes life into this body.  Levison reminds us that the Hebrew word ruach can be translated as wind, as breath, and as spirit.  So maybe what God provides at this point in the creation story is “spirit-breath” (Genesis 2:7).  That is, the Spirit of God indwells us from birth, and therefore the gifts of God are already present within us from the very beginning of our lives.  We simply have to nurture this spirit that is present within us, so that the gifts of God can be used to bring blessing to all.3