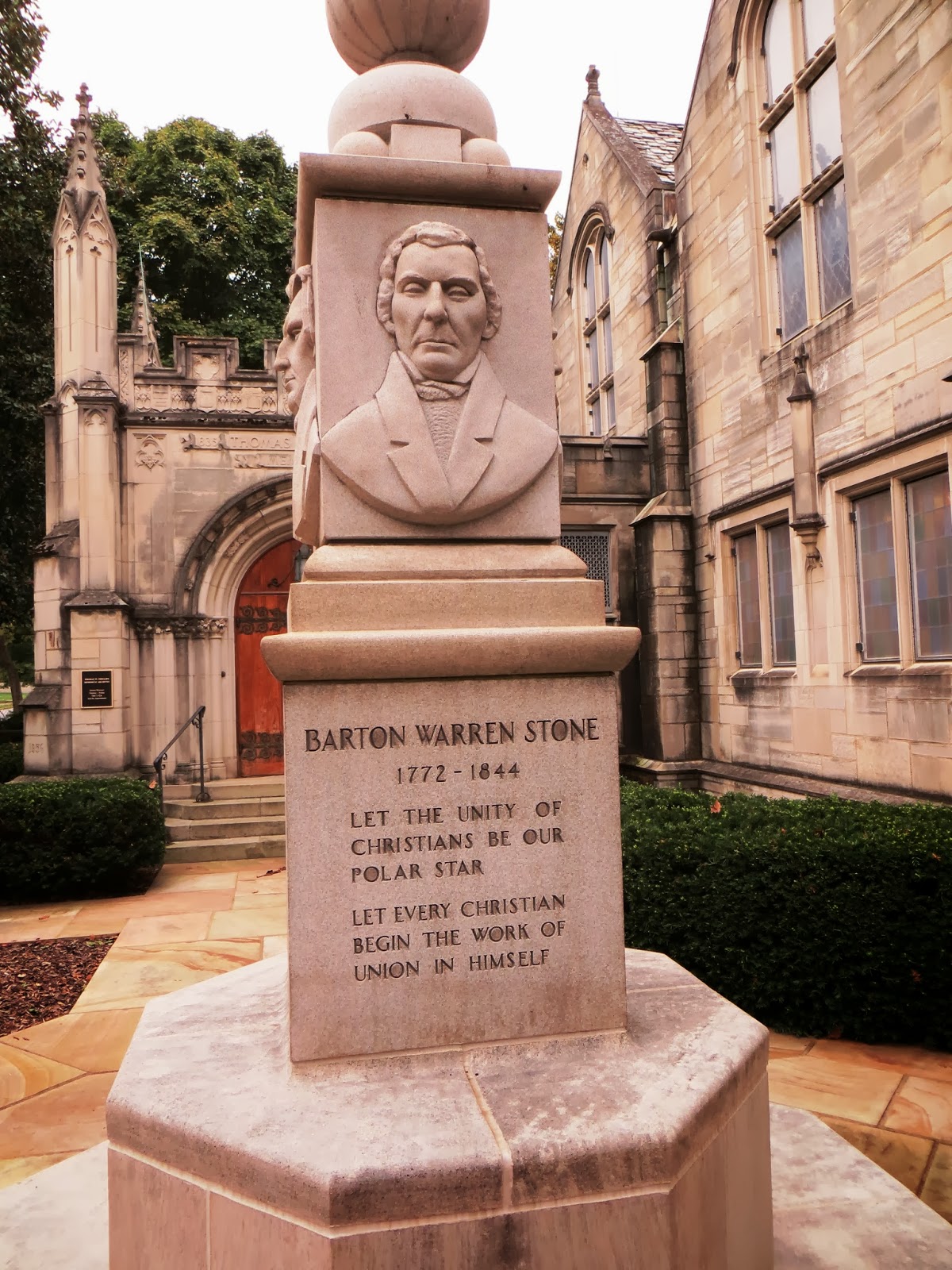 It seems providential that on the Sunday when I’m preaching on the call to Christian Unity as a founding vision that we begin a Week of Compassion emphasis that has its theme “We Are One.” We began worship this morning singing “Somos Uno en Christo” – “We are One in Christ.”  We sang it in both Spanish and in English as a reminder that the body of Christ embraces many languages and people. No matter our differences in appearance and culture, in Christ we are one.

Barton Stone, one of our founders, declared that “unity is our polar star.”  It is the guiding principle for the Disciples as a movement.  Thomas Campbell, another founder, declared that the “Church of Christ upon earth is essentially, intentionally, and constitutionally one; consisting of all those in every place that profess their faith in Christ and obedience to him in all things according to the Scriptures.”  Campbell and Stone were committed to the cause of Christian unity because they believed that disunity among Christians disrupted the mission of God.  That is, our divisions and schisms, distracts people from hearing and experiencing the good news of Jesus.

This call to Christian unity has long been a central focus of my life and ministry.  That’s probably because my spiritual journey has taken me to a variety of places.  As you may know, I’ve been Episcopalian, Pentecostal, Baptist, Presbyterian, Evangelical Covenant, and two varieties of the Stone-Campbell Movement.  I often feel more at home in an ecumenical context than a denominational one.  And so the message that Stone and Campbell proclaimed resonates with me. 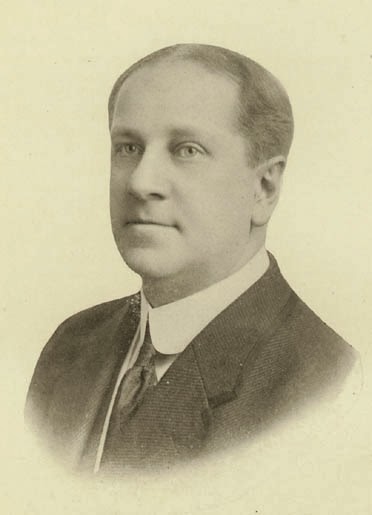 The call to unity is also an important legacy of this congregation.  I’ll talk more about this next Sunday, but it’s important to remember that Edgar DeWitt Jones, our founding pastor, was deeply involved in the Ecumenical Movement of his day locally and nationally.  He served as President of the “Association for the Promotion of Christian Unity,” which was the predecessor of the “Council on Christian Unity,” and President of the Federal Council of Churches, which was the predecessor of the National Council of Churches.

In a book published in 1938, while he was President of the Federal Council of Churches, Jones wrote:

It is a magnificent achievement to permeate a church with the spirit of reunion, to keep before every phase of congregational life the unanswered prayer of Jesus for the oneness of his followers, together with the inspiring stories of the apostles of unity, the men who caught this “vision splendid” and became flaming prophets of a reunited Christendom. [The Great Business of Being a Christian, (Harper & Brothers, 19380, p. 89]

As we hear this call to permeate the church with the spirit of Christian unity, we should recognize Jones’s cultural context.  Not all the apostles of unity are men, and the word Christendom has lost its savor.  That is, the idea of Christendom is overly rooted in institutionalism and even imperialism, and that idea has gotten in the way of Christ’s mission.

But even in a post-Christendom age, surely we can embrace Jesus’ prayer for unity:

Denominationalism isn’t as fervent today as it was in the 1930s, when Edgar DeWitt Jones ascended to leadership of the ecumenical movement in America.  But that doesn’t mean that we’ve reached a point where the call to unity is no longer necessary.  We may not be as concerned about brand names, but there are still many walls standing in the way of true communion within the body of Christ.

This call to Christian unity, therefore, is a founding vision for the Disciples, for this congregation, and for me as an individual.  It’s the reason why I’m so passionate about our involvement in the Troy-area Interfaith Group and the Metro Coalition of Congregations.  It’s the reason why we partner with Congregational Church of Birmingham to offer shelter for the homeless and share Ash Wednesday with Northminster Presbyterian Church and Good Friday and Thanksgiving with other congregations in Troy. 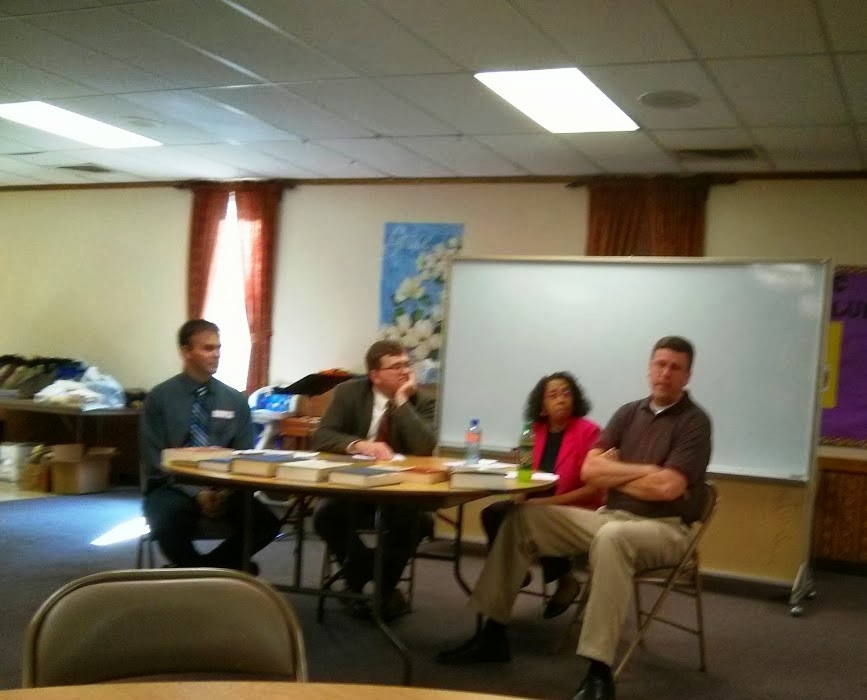 When Scott Seay came here in October to deliver the annual Perry Gresham Lectures, he focused his attention on this important part of our heritage.  In his Friday presentation, he focused in on the divisions that exist within the Stone-Campbell Movement itself. One of the unfortunate realities of our history as Disciples is that we’ve compromised our witness to Christian unity because of our own internal divisions.  That’s why I was so pleased that we had representatives from the Churches of Christ and the Christian Churches/Churches of Christ join with us for that day. One of the panelists at our Gresham lecture was John Nugent, a professor at Great Lakes Christian College.  He and I have been working on a followup conversation that we hope will build bridges among members of our movement in Michigan. It’s taking longer than we hoped, but the dream remains constant.  That dream is rooted in Jesus prayer for unity so that we might bear witness to God’s love for humanity.

Our scripture this morning – Psalm 133 – is one of my favorites.  It’s only three verses long, but it captures the joy that comes from a family united.  The first verse declares: “How very good and pleasant it is when kindred live together in unity!”  The message is even clearer in the Common English Bible: “Look at how good and pleasing it is, when families live together as one!”  Now, the family can be a rather small group.  Families can become exclusive and focused on their own needs and agendas.  But families can also be quite expansive – including people who don’t share the same bloodline.  That’s the point of verses two and three.  These verses expand our definition of family.

It’s quite possible that this Psalm was written in hopes that the division between the northern and the southern kingdoms of Israel and Judah would be healed.  Mt Hermon is, after all, in the northern region of Israel, and Zion or Jerusalem is at the center of the South.  The references to the dew of Hermon and the precious oil that flows down the head and beard and robes of Aaron offer hope that movement can be made to unite this divided family.

In this Psalm the focus is on Zion, which is where the Temple stood.  The Psalmist holds out a vision of the people of God gathering in the city to experience the presence of God.  Jerusalem often stands as a symbol of God’s presence.  The prophets hold a vision of the nations gathering in Jerusalem to receiving the blessings of God.  We see this  restated in the Book of Revelation, where John offers a vision of the New Jerusalem descending from the heavens to earth.  The New Jerusalem is itself a sign that God is present with the people of God (Rev. 21:1ff).  You might say that Jerusalem is home to our family reunion. And regarding the make up of this family it’s good to remember what Jesus said about his family.  He told the crowd that his brothers and sisters and his mother were those who believed in him (Mark 3:35-36).

We as a congregation, we are family.  Some of you might remember the 1979 World Series that pitted the Pittsburgh Pirates against the Baltimore Orioles.  The Pirates adopted a song by the disco group Sister Sledge – “We Are Family” – as its theme song.  The message the song sent in this context was that all of Pittsburgh, and all the Pirates’ fans across the nation were family.  And that year, I numbered myself as one of the family, and I don’t think the people of Pittsburgh minded!  Now as church family, we can be exclusive or inclusive.  In other words, we can be family or we can be in-laws!

It’s good to remember that we are ultimately part of the human family.  As part of this family we’re called to unity for two reasons.  One is to bring glory to God our Creator.  The other reason is so that we might be a blessing to the peoples of this earth.  Indeed, so we can be a blessing to all of creation.  For that is our covenant calling as children of Abraham and Sarah.  Yes, We are One in Christ – “Somos Uno en Christo!”
Email Post
Labels: Barton Stone Christian Unity Ecumenical Movement Edgar DeWitt Jones John 17 John Nugent Psalm 133 Reclaiming a Founding Vision sermons Thomas Campbell