It isn't the first time and it won't be the last that extremist groups will seek to destroy the historical record.  While the ransacking of the important museum in Mosul by ISIS is horrific, Humans have been hard at work destroying historical and cultural artifacts, often in the name of God, for centuries. You would think that things would be different in the 21st century, but such is not the case.

In case you've not heard (I just learned yesterday), evidence has emerged that ISIS has broken into the Museum in Mosul, Iraq's second largest city, and one that is under their control (at least for now), and destroyed priceless artifacts of the history of the region.  These include evidence of the culture of ancient Assyria, which had its heartland in northern Iraq.  If you know your Bible, you will have heard of the Assyrian empire, which destroyed the northern kingdom of Israel in the 8th Century BCE. It is said that this is done in the name of religion, but perhaps this is being done in the name of nihilism.


I think it is important to remember that the artifacts destroyed by groups like the Taliban and ISIS in recent years have existed in plain sight in regions under Islamic governance.  Remember too that an extremist group in North Africa sought to destroy Islamic cultural artifacts in Timbuktu. These new movements are being driven by something else, a nihilistic view of reality. Since life is seemingly meaningless and valueless, especially the aesthetic, then why not destroy everything?  What message is ISIS sending by doing this?  Well they're not interested in culture or history.  They are seeking to rid the world of any thing that doesn't reflect their own vision of reality, which is apocalyptic in nature. 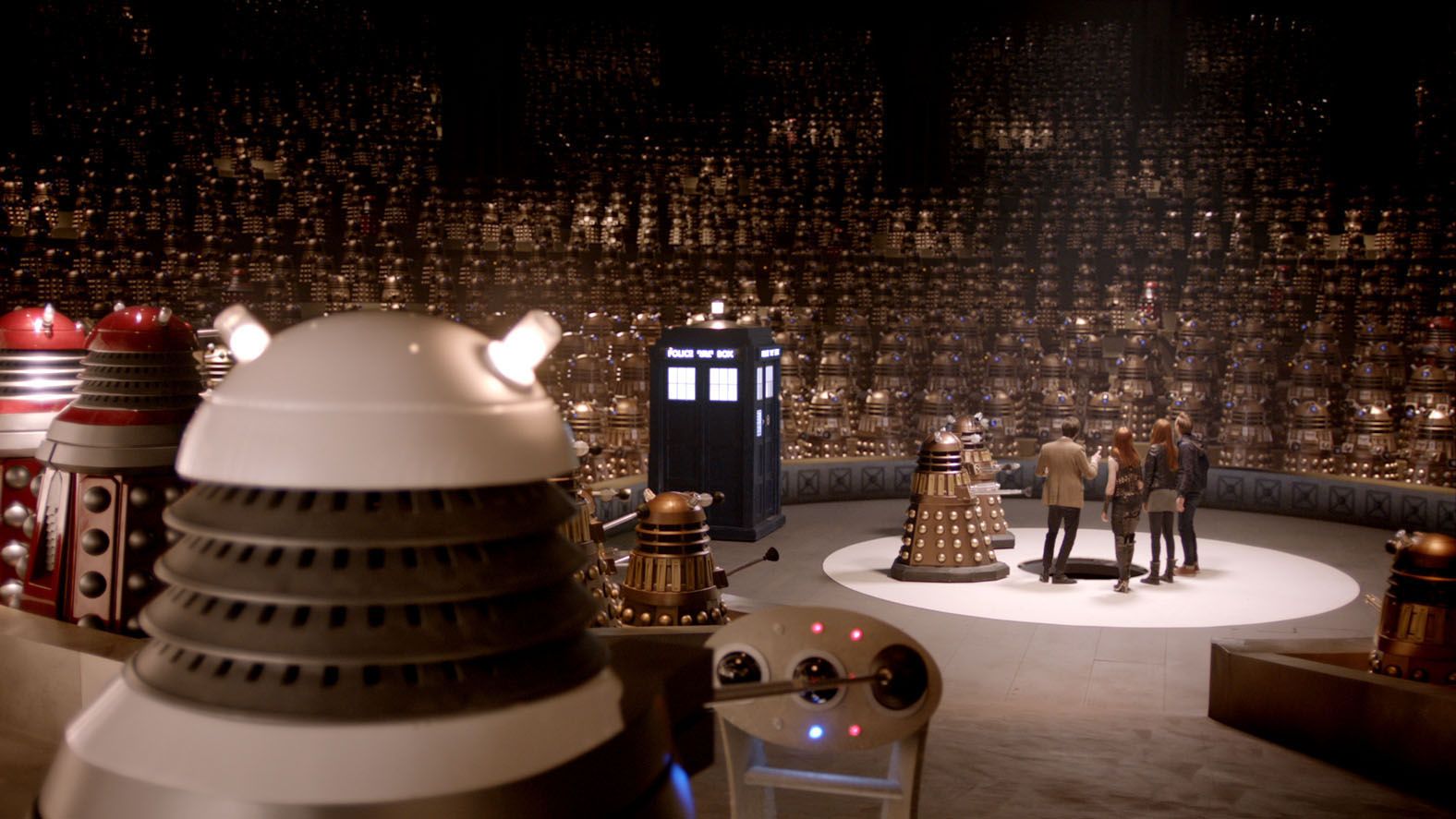 Searching for a cultural icon to compare this with, what came to mind was the Daleks.  For those who don't know of Dr. Who, the Daleks are a species with only one thing in mind -- to exterminate everyone and everything that is different, so that in the end, only they will remain.  I think this is a fitting description.

But ISIS is only the tip of a growing iceberg.  It is only the most virulent current form of cultural vandalism that has come along.  Similar kinds of visions were held by the Khmer Rouge in Cambodia and by the Maoists during China's Cultural Revolution.  Unfortunately we see the seeds being planted elsewhere by those who view history and culture as being of no value. Books are being banned and efforts are made to teach a sanitized view of history that is fit to one's own vision of reality. The seeds of such nihilistic visions can be seen in attempts to rid our schools of the study of the humanities,  music, and the arts -- all in the name of making sure students are prepared for the workforce.  In such a world perhaps museums like that in Mosul or the Smithsonian in Washington are of little value.

You think I might be a bit paranoid or that I don't understand ISIS, perhaps, but I'm not so sure.  ISIS today, tomorrow . . . .