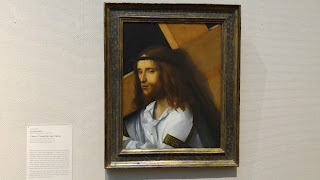 50 What I am saying, brothers and sisters,[c] is this: flesh and blood cannot inherit the kingdom of God, nor does the perishable inherit the imperishable.51 Listen, I will tell you a mystery! We will not all die,[d] but we will all be changed, 52 in a moment, in the twinkling of an eye, at the last trumpet. For the trumpet will sound, and the dead will be raised imperishable, and we will be changed. 53 For this perishable body must put on imperishability, and this mortal body must put on immortality. 54 When this perishable body puts on imperishability, and this mortal body puts on immortality, then the saying that is written will be fulfilled:

“Death has been swallowed up in victory.”

Where, O death, is your sting?”

56 The sting of death is sin, and the power of sin is the law. 57 But thanks be to God, who gives us the victory through our Lord Jesus Christ.


58 Therefore, my beloved,[e] be steadfast, immovable, always excelling in the work of the Lord, because you know that in the Lord your labor is not in vain. [1 Corinthians 15:50-58]

On December 2nd fourteen died in a mass shooting in San Bernardino, while one died in another mass shooting (3 were wounded) in Savannah, Georgia. These are merely the latest of 355 mass shootings this year (4 or more persons hit by bullets in one event).

On December 3rd I presided at the funeral and committal service of an 87 year old woman from my congregation. The death of this woman is one we grieve, but it was much easier to understand. She had been diagnosed with stage four cancer. She had lived a long and fruitful life. It is much easier in her case than the above cases to affirm Paul's premise that "death has been swallowed up in victory" and thus has lost its sting. Nonetheless, as one who affirms the promise of resurrection, whatever that ultimately looks like, I need not fear death. If I don't fear death then I am free to live a full life, engaging with others in service to humanity. That doesn't mean I don't take precautions in life, but I needn't fear what may come my way. I simply put my trust in the one who endured the cross and was raised in glory. Thanks be to God!

If death has lost its sting, then I need not fear the threat of terrorism, robbing it of its power.
1 Corinthians 15 Death Fear Freedom from Fear Life Resurrection