Building Bridges at an Iftar Dinner 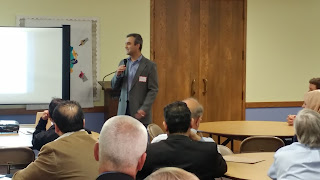 Last night around seventy people gathered at Central Woodward Christian Church for an Iftar Dinner, so as to break the Ramadan Fast. This is the second year that we have done this in partnership with our friends at the Turkish American Society of Michigan. We opened the door, they brought a program and delicious food. We hope to make this an annual event going forward.  This year the gathering was even larger than the previous year as we sent out an invitation through the Troy-area Interfaith Group, as well as personal invitations on my part to several community leaders. Once the word got out, people chose to join us from across the area -- as far away as Dearborn.  Even though we didn't eat until after 9 PM, starting with eating a date to break the fast provided by one of my Muslim friends, who just happened to have a case of dates in his car, it was a beautiful, powerful evening that will not be forgotten! 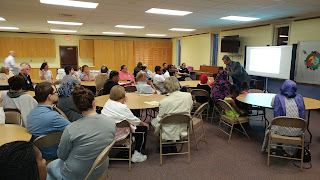 In conversations with friends after the meal, we talked about the importance of these kinds of opportunities to build community across religious and ethnic lines. Troy is the most diverse city in Michigan and the City Council recently voted to name Troy a Welcoming City, in recognition of this diversity and the gift that this diversity brings to the city. But, diversity is not enough if we do not reach beyond the borders of our own cultures and communities. Right now this is more important than ever, because there are those in our midst who sow the seeds of fear and exclusion. There are those who want to build walls, and I don't simply mean the wall on the Mexican border, I mean walls between people living in our own communities. 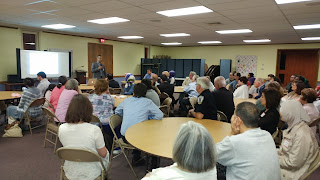 If you have an opportunity to share in an Iftar Dinner, and you're Muslim, please take advantage of that opportunity. You will be blessed. You will find new friendships. You will also discover that Muslims are human beings, sharing the same basic concerns as you do. Yes, we have our theological differences. But we share in common than differences
. 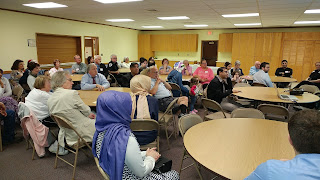 I had a number of people tell me they were surprised and impressed that a Christian church would host an Iftar Dinner. I met one woman last night who came with a friend, who was invited by one of my Muslim friends, whom I had invited, who was visiting from New York, and happens to be Jewish. We thought it interesting that a Jewish person came to a Christian Church to break the Muslim Ramadan fast. If you want to know what makes America great, that's what will make America great! Not building walls, but building bridges! So, will you join me in building  these  bridges?