God the Creator - A Lectionary Reflection for Trinity Sunday A (Genesis) 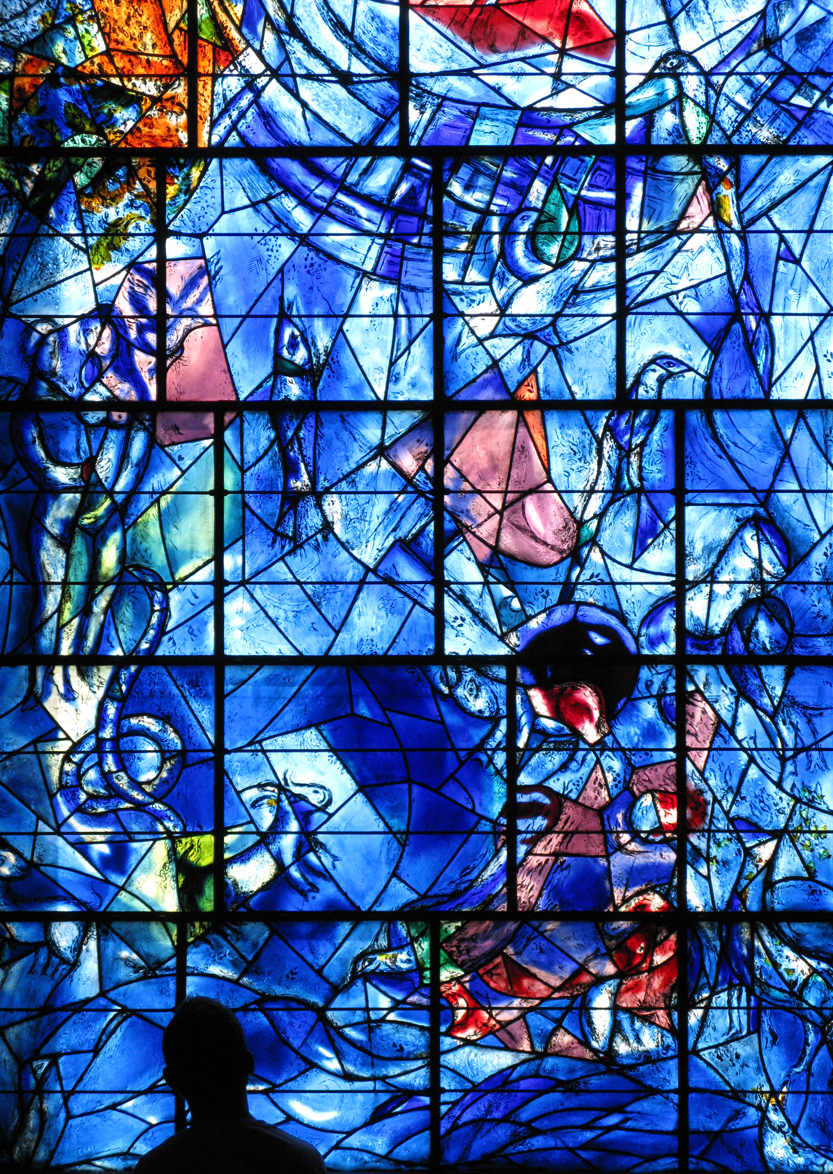 20 And God said, “Let the waters bring forth swarms of living creatures, and let birds fly above the earth across the dome of the sky.” 21 So God created the great sea monsters and every living creature that moves, of every kind, with which the waters swarm, and every winged bird of every kind. And God saw that it was good. 22 God blessed them, saying, “Be fruitful and multiply and fill the waters in the seas, and let birds multiply on the earth.” 23 And there was evening and there was morning, the fifth day.

26 Then God said, “Let us make humankind in our image, according to our likeness; and let them have dominion over the fish of the sea, and over the birds of the air, and over the cattle, and over all the wild animals of the earth, and over every creeping thing that creeps upon the earth.”

28 God blessed them, and God said to them, “Be fruitful and multiply, and fill the earth and subdue it; and have dominion over the fish of the sea and over the birds of the air and over every living thing that moves upon the earth.” 29 God said, “See, I have given you every plant yielding seed that is upon the face of all the earth, and every tree with seed in its fruit; you shall have them for food. 30 And to every beast of the earth, and to every bird of the air, and to everything that creeps on the earth, everything that has the breath of life, I have given every green plant for food.” And it was so. 31 God saw everything that he had made, and indeed, it was very good. And there was evening and there was morning, the sixth day.

4 These are the generations of the heavens and the earth when they were created.

The word we hear in Genesis 1 is this: In the beginning, as God began creating things, the universe was a formless void, and the wind of the Spirit blew across the waters. Then, as God began to speak, things happened, starting with light and then before long the waters parted, earth emerged, and on it went, all in poetic motion. As God spoke each element of creation into existence, God paused and declared: “It is good.” Yes, here is the message of the moment: the created order, that is the material world, is good. It is a gift of God. The proper response is to offer up words of praise.

This text has been chosen by the creators of the lectionary to be read on Trinity Sunday. It is a rather long text, rich in images that help us envision the nature of God, our Creator. The text was chosen to be read on this particular Sunday in large part because some have found traces of the Trinity in verse 26, where God declares: “Let us make humankind in our image, according to our likeness; ….” The choice of the plural to describe the creation of humanity, male and female, in the likeness of God, has been suggestive. Why the plural? The answer, among many Trinitarians, is that it reflects the plurality of God’s nature.

Historical critical scholarship tells us that the plural likely stems from exilic, post-exilic understandings of the heavenly court. Thus, Yahweh declares to the heavenly court, “let us make humankind in our image.” That does make some sense of the text, especially since the concept of the Trinity would have been foreign to those who wrote Genesis. That being said, the text is at least suggestive of Trinity, when looked at through the lens of Christian theology, as Karl Barth recognizes:

The saga undoubtedly speaks of a genuine plurality in the divine being, but it does not actually say that it is a Trinity. On the other hand, it may be stated that an approximation to the Christian doctrine of the Trinity—the picture of a God who is the one and only God, yet who is not for that reason solitary, but includes in Himself the differentiation and relationship of I and Thou—is both nearer to the text and does it more justice than the alternative suggested by modern exegesis in its arrogant rejection of the exegesis of the Early Church (cf. for instance, Gunkel).  [Karl Barth: Preaching through the Christian Year, p. 71].

There are so many riches in this passage, that it suggests a multitude of sermons. But, as my homiletics professor, Ian Pitt-Watson, reminded our class (over 30 years ago), while every text has many sermons, so don’t try to preach them all in one sermon. Keeping this in mind a preacher will want to focus on one of the elements present in the text. Whatever facet we choose to focus in on, if we read the text through a Trinitarian lens, as we envision God’s act of creation, we can ask how God as Trinity engages in the act of creation. The Apostles Creed speaks of God the Father as the “maker of heaven and earth,” and in many revisions of the Trinitarian formula, the first person of the Trinity is often identified as being the Creator. But, the assumption of Trinitarian theology is that God always acts as one when engaging the created order. We don’t have three different gods doing three different jobs.

One way to envision creation through a Trinitarian lens is to read Genesis 1 in light of John 1, especially John1:3a, which declares concerning God the Word— “All things came into being through him, and without him not one thing came into being.” As the reading from Genesis 1 declares, what has come into being is good.

Returning to the traces of the Trinity in verses 26-27, we can contemplate the use of the plural when God speaks of the creation of humanity in God’s image. What is it about this act of creation that leads to this usage and consideration of God as Trinity creating humanity? We might want to start with the prohibition of images in the Ten Commandments. If we take Genesis as our guide, the reason why we should not create images, is that God already has created an image. It’s not that we look like God or have divine powers, but that we represent God in creation–as male and female. Of course, that opens a lot of conversation about the nature of God. As representatives of God, who creates all things and declares them to be good, then our responsibility is to steward or manage this creation of God. As Dave Bland writes: “Being image bearers of God is also at the heart of how we see other humans, which results in treating them with dignity, regardless of race, age, gender, social or economic status” [Feasting on the Word, p. 31]. What a powerful message to offer on Trinity Sunday!