As Fires Burn -- A Reflection on Science, Politics, and Loving My Neighbor 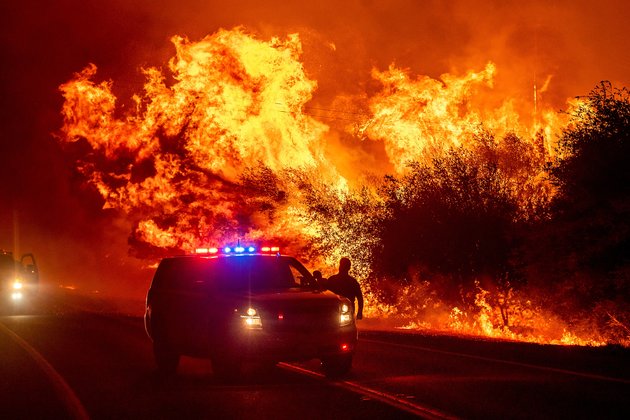 Having grown up in the West Coast, living in Oregon along with both southern and northern California, I know that fires are part of life in that part of the world. I’ve known that since I was a young child living in Mount Shasta, California, where my next-door neighbor was a Fire Control Officer for the U.S. Forest Service. His green truck always sat at the ready in the front of their house. Fires often resulted from lightning strikes, though as Smokey the Bear reminded us, “only you can prevent forest fires.” In other words, don’t throw cigarettes out of car windows or leave campfires unattended. While fires occurred, I don’t remember them with the same frequency or same destructive power as those we’re seeing now. Heat and drought are drying out the forests, weakening the trees. What we’re seeing today is like nothing I’ve ever seen before. Yet, large swaths of people in this country deny the facts. They find some “scientist” who will confirm their biases and reject the findings of the vast majority of scientists when it comes to our climate.

We see this denial of the facts embodied by the President of the United States who refuses to believe science. In fact, he rejects science, telling us that he knows better than the scientists. Just this week, with no evidence to support his statement he responded to the briefers in California, that it’s going to get cooler. This arrogance is seen not only with the way he deals with climate change but also with the Coronavirus pandemic, which he said was going to go away in April. Now, we’re in September and there is no end in sight.

I’m not a scientist, I’m a pastor and a theologian. While scientific consensus often changes over time, as new discoveries are made and new interpretations are required, when there is a consensus we should pay attention. These scientists could be wrong, but we should always pay attention to those are the experts in their field (there is, unfortunately, a growing rejection of expertise in our country these days—though I’m assuming no one wants a dentist or for that matter a car mechanic to perform heart surgery on them). When my car needs service, I want an expert mechanic to look at it, not a heart surgeon. When it comes to a pandemic, I want to hear from experts in that field, not neuroradiologists. When it comes to climate, I want to hear from scientists who deal with climate, not the President of the United States.

As for my area of expertise—religion—I am compelled by my faith to do two things. First, I’m called to love God and second to love my neighbor. As to the identity of my neighbor, it’s not just the person who lives next door, it’s all of creation. The text that I’m working with for Sunday’s sermon (Philippians 1:21-30), presents to us a word from Paul, who calls upon the readers to “conduct yourselves in a manner worthy of the gospel of Christ” (Phil. 1:27 NIV).  In my preparation, I was reminded that Paul is urging his readers to be engaged as citizens in the world in such a way that their politics, their participation in the polis is worthy of the Gospel of Jesus. So, to live our lives in a manner that is worthy of the gospel requires us to be concerned with the welfare of the world around us. That means, I believe, taking seriously the situation at hand that is leading to more and more destructive fires around the world along with other weather-related concerns, as well as the threat of rising sea levels as glaciers and ice sheets deteriorate and melt.

If we’re to take these matters seriously, then it also means that we need to take these matters under consideration as we vote in the upcoming election. Yes, we need to take into consideration the threat of climate change, along with the current and future pandemics.  So, as for me, I’ll be voting for Joe Biden who takes science seriously.  I take this step because I believe loving my neighbor requires it of me.

Life Liturgy said…
Thanks Rob for once again speaking clearly about our faith and it's requirements to love God and to love our neighbor. Living in Eugene, with fire just up the McKenzie pass and critical levels of air particulates from the fire in our area for over 10 days now, the situation and the causes have been aparent to me. Not only of the dry forest from inadequate rain and snow fall, but also the change in winds that are now coming from the east and blowing sustained winds for several days, driving the fires up the narrow valleys and ravines. These winds in the past have been rare, but in the last couple of years have make the fires that used to be easily contained burn out of control and damage not only forest, but homes of people who chose to live in the wild and green settings that make our area of the country so desireable. Our leader complains about poor forest management, and then cuts the budgets of all the agencies who could provide that management and the intensive labor to do the actual work of clearing the debris from the forest floor. And even clearing the debris won't help if the forests are tinder dry from climate changes that could be helped with a little less greed of either more money or more convenience by us as humans. You are right on point that our neighbor is not only the person next door, or even in our neighborhood, but the earth itself.
Thank you again for your reminder.