Living the Gospel -- A Lectionary Reflection for Pentecost 16A (Philippians 1) 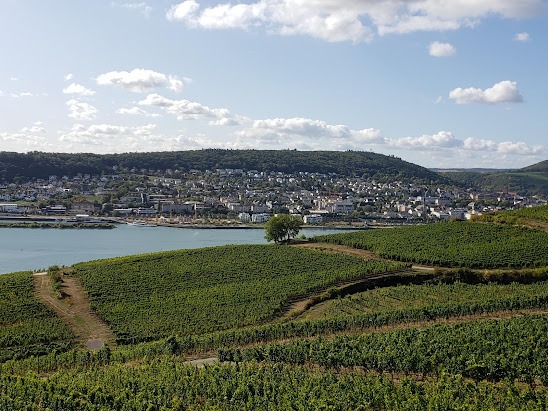 20 It is my eager expectation and hope that I will not be put to shame in any way, but that by my speaking with all boldness, Christ will be exalted now as always in my body, whether by life or by death. 21 For to me, living is Christ and dying is gain. 22 If I am to live in the flesh, that means fruitful labor for me; and I do not know which I prefer. 23 I am hard pressed between the two: my desire is to depart and be with Christ, for that is far better; 24 but to remain in the flesh is more necessary for you. 25 Since I am convinced of this, I know that I will remain and continue with all of you for your progress and joy in faith, 26 so that I may share abundantly in your boasting in Christ Jesus when I come to you again.

27 Only, live your life in a manner worthy of the gospel of Christ, so that, whether I come and see you or am absent and hear about you, I will know that you are standing firm in one spirit, striving side by side with one mind for the faith of the gospel, 28 and are in no way intimidated by your opponents. For them this is evidence of their destruction, but of your salvation. And this is God’s doing. 29 For he has graciously granted you the privilege not only of believing in Christ, but of suffering for him as well— 30 since you are having the same struggle that you saw I had and now hear that I still have.

Paul’s Philippian letter was written from prison. We don’t know when and where this imprisonment is taking place, whether early or later in his ministry. Whatever is the case, this letter is written to a community that Paul founded and for which he has great affection. Unlike the Galatian and Corinthian churches, this one doesn’t appear to be conflicted, though it may be experiencing some form of persecution. We turn to Paul’s letter to the Philippians after the lectionary has taken us through a large swath of Paul’s letter to the Romans, a community that unlike the Philippian congregation Paul had no prior connection. As for Philippians, this is the first of four readings from Philippians.

We see the depth of Paul’s connection to the Philippian church in the opening section of the letter, where Paul offers a word of thanksgiving. He writes: “I thank my God every time I remember you, constantly praying with joy in every one of my prayers for all of you, because of your sharing in the gospel from the first day until now” (Phil. 1:3-5). Philippians is often referred to as an epistle of joy. Even though Paul is in prison, he is joyful, in part, because of this community.

This city that hosts this congregation is found in Macedonia. It’s named after Philip II, father of Alexander the Great, and sits near the northern coast of the Aegean. It is here that Paul met Lydia, who hosted his first church plant in the city (Acts 16:11-15). From whence Paul is writing is unknown, only that he’s in prison. Whatever the case the when and where really doesn’t impact our reading, Paul faced several imprisonments.

When we come to our reading, we find Paul confessing that whether he lives or dies is in the hands of God. He’s comfortable with his fate, either way, his goal is to proclaim the message of Jesus with boldness in life and death. As he writes to them, if he lives, well, he has lots of work to do. If he dies, he’ll be with the Lord. He doesn’t know which he prefers. He desires to depart and be with God, while that might be better for him, it is better for the church in Philippi that he stays alive. Now that might sound a bit arrogant as if he’s indispensable. It may sound like that, but that’s not the intent. He simply wants them to know that he’s there for them. But, as we see in the opening of the letter, he cares about these people. There is a deep connection between them, and he wishes to encourage them, no matter his situation. His hope then, is that he continues to live so he can be with them once more and share in the joy of their friendship. Then when they reconnect, he can share in their “boasting in Christ Jesus” due to the progress of their faith (vs. 24-25).

Having expressed his undying commitment to their welfare, he then builds upon that by encouraging them to live their lives in a way that is worthy of the gospel. Therefore, whether he’s able to rejoin them or not, he can hear the word that they remain “firm in one spirit, striving side by side with one mind for the faith of the gospel, and are in no way intimidated by your opponents” (vs. 27-28a). In this statement, it’s clear that this community is experiencing some form of opposition, even persecution. Paul can’t protect them, but he can stand with them.

Perhaps this is an apt word for the church in these times. Here in the United States, we’re not experiencing overt opposition from the community, unless you don’t like restrictions placed on churches due to the coronavirus (my state hasn’t imposed any restrictions, but many of us have applied them to ourselves). Indeed, some in the community might not appreciate our positions on issues? My congregation has chosen to be “open and affirming,” and has made inclusion a key component of our identity. Occasionally someone will live a message on the phone or Facebook page letting us know that we are not following the Bible. However, no one has prevented us from sharing our message. In other parts of the world, of course, the church does face persecution, and to be a Christian might even risk death.

I appreciate the word that Mike Graves offers here regarding Paul’s dilemma regarding whether to live or die, Paul makes it clear that no matter where he resides, he ultimately lives in Christ.  The recipients of this letter may reside in Philippi, but they also live in Christ. While it might look like Paul longs for the next life, according to Mike, Paul “is not preoccupied with the next world to the neglect of this one; rather, he lets his firm belief in the next world fuel his living in this one. His hope for the Philippians is that they will do the same” [Feasting on the Word, p. 91]. While there is an apocalyptic dimension to Paul’s message, he is not “so heavenly minded,” that he’s “of no earthly good.”

Paul may long to be in the presence of God, but in the meantime, he focuses on life in this world, encouraging his readers to live their lives in a way that is worthy of the Gospel. This may include suffering for their faith. This has been Paul’s lot in life, and in Paul’s mind, it goes with the territory. Again, we might not suffer for our faith, but Paul would encourage us to take the necessary risks to speak to the concerns of the day even if that approach leads to opposition, imprisonment, and even death. It is good to remember that, according to the Book of Acts, Paul and Silas were arrested and imprisoned after they healed a slave girl of her bondage to a demon, even though that bondage made her master great sums of money, and so following the lead of the Book of Acts, Paul’s readers would know how Paul experienced imprisonment (Acts 16:16-24).

Here in this reading, by embracing the possibility that death is in front of him, Paul can boldly live his faith. He has a proper confidence, not in himself, but in Christ Jesus, whom he serves. Thus, he can declare that “Christ will be exalted now as always in my body, whether by life or by death” (vs. 20b). In this, there is joy.