Loss is Gain -- A Lenten Sermon 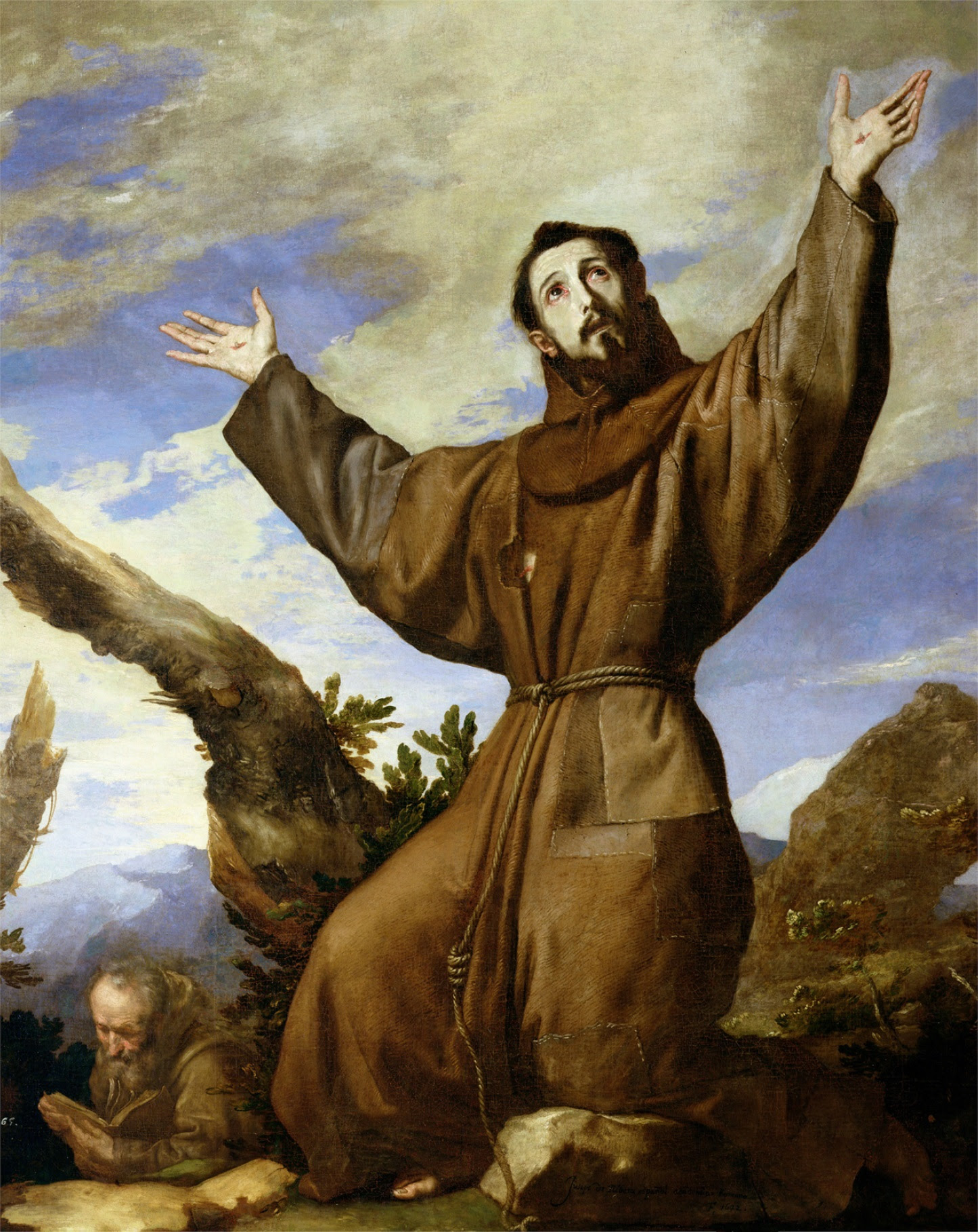 We live in a culture of success.  The more you have and the bigger you build, the better.  Look at sports teams.  The Yankee’s payroll annually stands above 200 million.  They might not always win the World Series, but the owners are willing to pay whatever it costs to win now.  The Dodgers are trying to do the same thing in the National League.  We’ll see if it works out for them.  Or think about Apple.  It’s net worth is greater than that of many countries.  Not only that, but it  currently sits on 137 billion dollars in cash – and growing rapidly.

Jesus points us in a different direction.  For Jesus, life doesn’t consist in an abundance of possessions. Remember the parable he told about the Rich Fool? He told of a man who reaped a huge harvest.  Since his barns couldn’t hold it all, he tore them down and built new ones, so he could sit back and eat, drink, and be merry.   Unfortunately, he dies in the night and all that stored up grain did him little good (Luke 12:13-21).  And Jesus concludes that it’s better to be rich toward God than rich in possessions.

In our reading for this morning Paul says something similar to what Jesus says in the parable.  He starts by noting that if anyone could put their confidence in the flesh, it was Paul.  Although he doesn’t focus on material possessions, he does lift up his religious achievements.  He had checked all the important religious boxes.  Not only had he been circumcised on the eighth day, he was a Pharisee and blameless before the Law.  He had every right and reason to brag about his righteousness.  But in comparison to knowing Jesus, all of this was rubbish.  He would place his confidence in Christ and not the flesh, which leads us away from God. 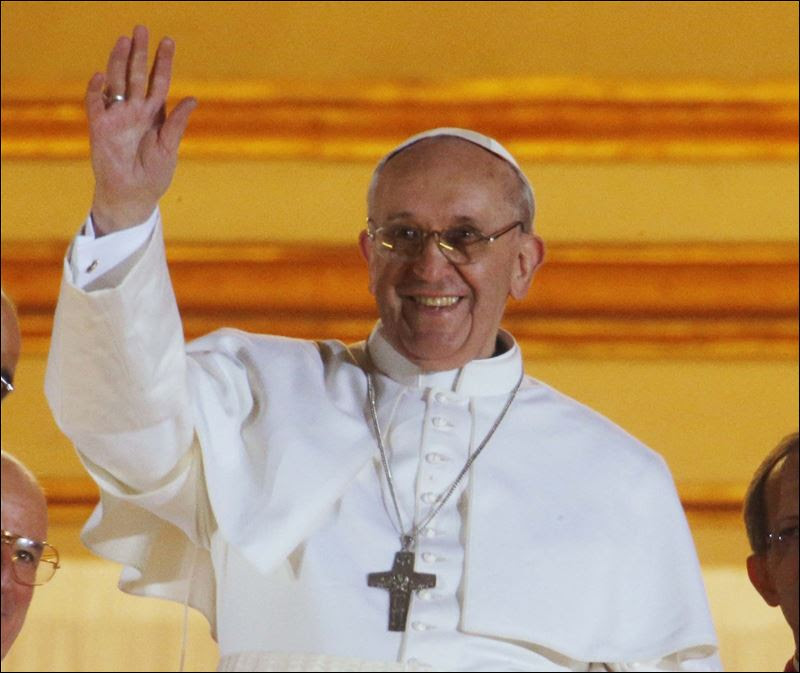 As I was reading this passage from Philippians, I couldn’t help but think about the election of a new Pope for the Catholic Church.  The Pope is the most powerful religious leader in the world, so it doesn’t matter what your religion is, when a Pope is elected, you pay attention.   We immediately want to know what kind of person this man is.

Although it’s still early, Pope Francis seems to be a very different kind of Pope.  There is a sense of humility and simplicity that marks his manner.  We’ve heard all kinds of stories this past few days about how he waved off the papal car and took the bus with the other Cardinals back to the hotel.  The next day he took a trip to the hotel where he stayed before the conclave began to pick up his belongings.  He even paid the bill himself.  But this isn’t something new for him.  As Archbishop of Buenos Aires, he lived in a small apartment rather than the palace that was afforded to him.  He traveled by bus and cooked his own meals.  This isn’t the way we expect leaders of his stature to act.

Then again, perhaps his choice of a papal name gives us a clue as to how he intends to lead his church.  St. Francis of Assisi was known for his humility and his grace.  St. Francis didn’t cling to the privileges that were afforded him as the son of a wealthy merchant.  Instead, in response to God’s call to rebuild the church, he gave up everything for Jesus.

Now, we can honor St. Francis and even Pope Francis, but how do we live for Jesus?  After all, Jesus’ teachings seem to be rather idealistic. It would be nice if we could live according to the Sermon on the Mount, where the poor in inherit the kingdom of heaven and the meek inherit the earth, where the hungry and thirsty are filled?  But surely that’s just a dream.  Or is it?

Perhaps what we need, is what Glen Stassen calls a “Thicker Jesus.” To be a disciple of Jesus is to let Jesus be Lord over our lives.  When we do this then we can engage in “transformative initiatives” in the real world that allow us to  “confront power and injustice nonviolently but forcefully” (Stassen, p. 191).  But this requires, letting go of our prerogatives, religious or otherwise.

When Paul lists the things that he now counts as rubbish, he doesn’t completely erase his Jewish heritage.  What he does is refuse to let this heritage limit his ministry.  He doesn’t cling to past accomplishments, but instead he draws resources from the past, so he can participate in the work of God in the world. I think that this is what Pope Francis did in choosing a papal name.

He decided to take the name Francis, after his friend, Cardinal Humes of Brazil, embraced him and told him to remember the poor.  In taking this name, he chose to follow St. Francis’ example in seeking to embody in his own ministry the person of Jesus.

We can do the same.  We can take hold of those resources that will allow us to look toward what Bruce Epperly calls the “transformative power of the future.”   Paul warns against putting our trust in the flesh, which is hostile toward God.  If we put our confidence in our own abilities, then we won’t recognize our own limitations.  According to Paul, Christ’s faithfulness is the foundation of our righteousness.  We can’t attain to righteousness by observing religious rules and regulations.

Lent is a season of renunciation.  Even if we don’t fast, we’re continually reminded by the texts and hymns of the need to let go of the things that hold us back from following Jesus.  This includes, for Paul, putting our trust in external rituals.  It’s not that baptism, the Lord’s Supper, or giving offerings to the church is a bad thing, but if we turn these gifts into personal accomplishments, then we put up barriers to experiencing a transformative relationship with God.  When this happens, our religious accomplishments become rubbish.

Down through history the church has always struggled with keeping things in perspective.  Too often we make externals – buildings, vestments, choirs, organizational structures, or style of worship -- into essentials.  We fight over the color of a rest room wall or the style of music used in the church.  When we do this, we lose sight of the call to pursue the righteousness of God.  Paul says that none of this “stuff” matters, at least in comparison with the blessings that come from knowing Christ.

Paul doesn’t believe he’s reached perfection.  He’s not reached the goal of knowing God in God’s fullness.  He still sees things as in a mirror darkly.  But, he also believes that Christ has grabbed hold of him so that he might experience the righteousness of God.

So, where is Paul headed?  He writes that “I forget about the things behind me and reach out for the things ahead of me.”  As Paul wrote in 2 Corinthians 5, God was in Christ reconciling the world to God’s self, and as a result the old is gone and the new has come.  This message reflects the word we hear in Isaiah 43, where Yahweh declares:

Don’t remember the prior things;
don’t ponder ancient history.
Look! I’m doing a new thing;
now it sprouts up; don’t you recognize it?
I’m making a way in the desert,
paths in the wilderness.  (Is. 4318-19 CEB)


The goal, Paul declares, is to pursue the “prize of God’s upward call in Christ Jesus.”

In thinking about what this involves, I’m drawn to another statement made by the new Pope.

As we near the end of our Lenten Journey, let us ponder where God is leading us.  How might our loss be a gain as we pursue “God’s upward call” as  disciples of Jesus in the modern age?