Let's Not Try to Pretty-Up the Bible (By Steve Kindle)

The Bible is, in its newest parts, is around 1900 years old, maybe a bit younger.  The world was much different then.  It emerged in patriarchal cultures, and reflects the culture in which the parts were written.  In this it is a very human book.  At the same time, it is considered to be by many sacred scripture.  These texts were written in languages that are foreign to most in their modern form and even more foreign in their original form.  Translators must take all of this into consideration.  There are many factors that go into the process of bringing an ancient word into an understandable form.  In recent years attempts have been made by some to make the text more inclusive.  Thus, the New Revised Standard Version and the Common English Bible will, where the translators deem appropriate, translate a word like adelphoi, the Greek word for brother as "brothers and sisters."  There are some, including my friend and guest poster, Steve Kindle, who think that this may not be a good idea, for it might paper over significant differences.  I've reposted a piece that Steve wrote for his own blog as a way of opening up a conversation.  What do you think of Steve's concerns about making the text inclusive?  Does it obscure important points that prevent us from truly understanding ancient thought forms?  Or, is this an appropriate way of bringing an ancient text into our context, so that the modern reader might hear a word that speaks to them spiritually?  I'm going to open this up, and expect Steve will stop in to enter into the conversation.  I will as well! 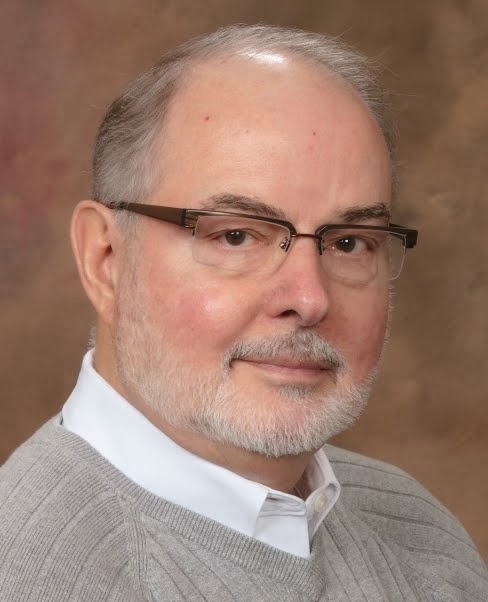 Although I will comment on timely issues that affect the LGBT community, mostly I flatter myself by contributing what might be called (at least by some) "think pieces." These are efforts to reframe or clarify issues of importance. By providing a different angle or detecting a nuance, we might be able to rethink a formerly held belief or position. At the very least, I hope to generate comments from other thinkers for our mutual benefit. Today's post is a case in point.

Ever since translating the Bible began, from the Septuagint to modern translations, translators have obscured certain passages for a variety of reasons. Euphemisms abound. In the Hebrew Bible, the penis is referred to as "thigh," and of course, we're all familiar with "knew" as the substitute for sexual intercourse. In the New Testament, you'd never know that menstrual rags or castration are meant by "filthy rags"(Isaiah 64:6) and "I would they were even cut off which trouble you." (Gal. 5:12)  The NRSV actually says, "castrate themselves."

There has always been sensitivity by translators to tone down for propriety sake the very earthy parts of the Bible. But when it comes to actually changing the meaning of the texts, I will protest.

Inclusive language, that is, the intentional use of "gender neutral" language, has generally been around since the 1960s. It first showed up in the churches as efforts to take the masculine meaning away from the concept of God. So instead of "God, when he...," for example, we hear "God, when God...," and the like. This is a very important move as we know that 1) God has no gender, and 2) worlds of meaning are created by words. The world created by "God, he..." easily became a world in which the male is elevated over the female. I am all for the use of gender neutral terms for God in all church settings including sermons, liturgies, and conversations. But when it comes to inclusive language in Bible translations, I must object.

Inclusive language efforts try to take the offending aspects of gender and neutralize them. This goes beyond pronouns for God and includes "Parent" for "Father", substituting "members" for "brothers" when the entire congregation is meant, "they" replace "he or she," and the like.

Certainly this is a wholesome effort, but it actually makes the Bible less understandable and much less useful. How can that be?

Since these efforts generally come out of the more progressive side of the church, the interest goes much farther than merely inclusive language. They recognize that Jesus' message of a God of love often gets lost in the mix of competing images. So they go about "helping" the Bible represent good theology. We'll see how the Inclusive Bible does this in a moment, but first here's 1 Corinthians 14:34-35: (New American Standard Bible)

The women are to keep silent in the churches; for they are not permitted to speak, but are to subject themselves, just as the Law also says. If they desire to learn anything, let them ask their own husbands at home; for it is improper for a woman to speak in church. (NASB)

I chose the NASB here because it is a well-known word-for-word translation to the point of being wooden. Anyone reading these verses would come face to face with biblical patriarchy (the family/state system of male dominance and subjection of women). Patriarchy is a biblical fact that runs "from cover to cover." Occasionally there is pushback such as Galatians 3:28, yet patriarchy is the dominate setting. Elders and deacons must be the husbands of one wife, making women ineligible to hold church offices in the "Pastoral Epistles." When the original 12 disciples had to replace Judas, the qualifications made sure a man was chosen. On and on we could go, but you know all this.

So, in an effort to combat the patriarchy of the Bible, and especially its negativity toward women, The Inclusive Bible: The First Egalitarian Translation

Only one spouse has permission to speak. The other is to remain silent, to keep in the background out of respect, and to wait his or her turn.

Surely this is the way we wish the Bible really had it, but it isn't. This is not how the original audience heard this text. Paul explicitly demands that women remain silent in church; this says exactly the opposite, even though the original sense offends many modern sensibilities, it's the real Bible. The Inclusive Bible is merely wishful thinking. Unfortunately, most of the recent translations offend in this regard to one degree or another. The intention is honorable, but the result is devastating to biblical understanding.

Perhaps a couple more illustrations of how some translations obscure troublesome passages would be helpful. Here's Matthew 18:15-17 from the New Revised Standard Version:

If another member of the church sins against you, go and point out the fault when the two of you are alone. If the member listens to you, you have regained that one. But if you are not listened to, take one or two others along with you, so that every word may be confirmed by the evidence of two or three witnesses. If the member refuses to listen to them, tell it to the church; and if the offender refuses to listen even to the church, let such a one be to you as a Gentile and a tax collector. (NRSV)

"Member" here is literally, "brother." "Member" suggests that Matthew's church made no distinctions in disciplining males and females. This is, of course, how many would like for the church to conduct itself in all things. However, "brother" displays the actual situation where men stand in judgment of men. The disciplining of women fell to their fathers, husbands or brothers. But all of this is lost in the cleaned up version.

One more: One of the arguments that literalists make to oppose the Theory of Evolution is that Genesis 1 uses a phrase meaning reproduction is "after their kind," which is correctly translated. They take this to mean that all the species were created at once and that there could be no evolving of one into another. (Which, by the way, segregationist used "after their own kind" to argue that the races shouldn't intermarry.) So the NRSV translates it as "of every kind," which opens the door for natural selection.

When Paul said to "greet one another with a holy kiss," it's perfectly fine to give a hug or handshake today, instead. When in their culture women were subordinated, they are now free in ours. We are living into Paul's inclusive vision of Galatians 3:28 that "there is no longer Jew or Greek, there is no longer slave or free, there is no longer male and female; for all of you are one in Christ Jesus."

So, let's not try to pretty-up the Bible.

First, it's always better to deal with reality than what we would prefer reality to be. Sweeping the problems of the Bible under the rug accomplishes nothing. If you think that cleaning up the offending passages will cure literalists from enforcing patriarchy in their churches, think again. There will always be the King James Version.

Second, if we don't know that the Bible encourages patriarchy, tolerates slavery, subordinates women, and generally represents an outdated worldview, scientifically and otherwise, we lose the fact that it is the product of human beings. Yes, human beings who wrestled with what it means to be human in the presence of the Divine, but human nevertheless. That we can stand in judgment over the Bible comes from listening to all of it, warts and all, and learning to pick the wheat from the chaff. It doesn't take much to see that the "inerrant Bible" is a fiction, but not if it's cleaned up before we get there.

Third, the answer to the problem is not rewriting the Bible; it's in doing good theology. Perhaps knowing that even the original didn't always get it right will help us to understand our human attempts are also fraught with error and subject to revision as others look over our shoulders and make our paths straighter.

So let's live with the Bible as its authors intended. We can handle the seeds just fine.