If Jesus was a politician . . . - A Lectionary Reflection for Palm Sunday 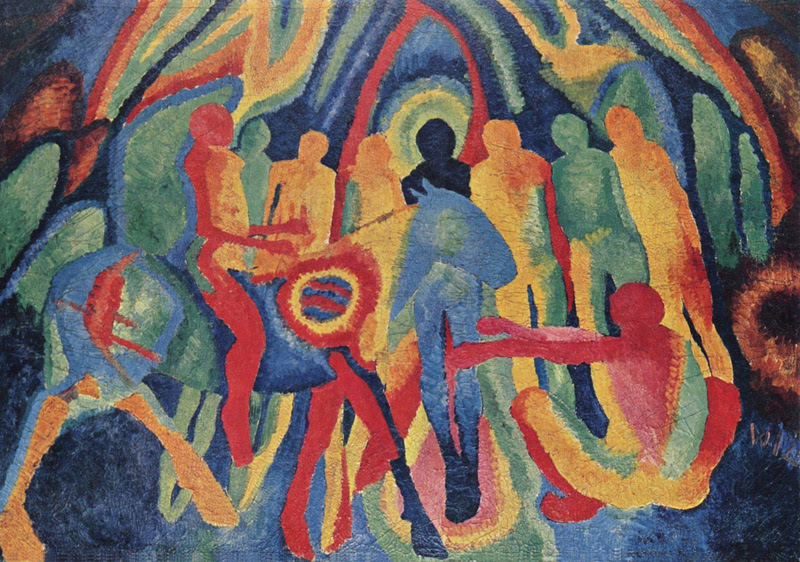 28 After he had said this, he went on ahead, going up to Jerusalem.

29 When he had come near Bethphage and Bethany, at the place called the Mount of Olives, he sent two of the disciples, 30 saying, “Go into the village ahead of you, and as you enter it you will find tied there a colt that has never been ridden. Untie it and bring it here. 31 If anyone asks you, ‘Why are you untying it?’ just say this, ‘The Lord needs it.’” 32 So those who were sent departed and found it as he had told them. 33 As they were untying the colt, its owners asked them, “Why are you untying the colt?” 34 They said, “The Lord needs it.” 35 Then they brought it to Jesus; and after throwing their cloaks on the colt, they set Jesus on it. 36 As he rode along, people kept spreading their cloaks on the road. 37 As he was now approaching the path down from the Mount of Olives, the whole multitude of the disciples began to praise God joyfully with a loud voice for all the deeds of power that they had seen, 38 saying,

“Blessed is the king
who comes in the name of the Lord!
Peace in heaven,
and glory in the highest heaven!”

39 Some of the Pharisees in the crowd said to him, “Teacher, order your disciples to stop.” 40 He answered, “I tell you, if these were silent, the stones would shout out.”

Palm Sunday us once again upon us (unless you’re choosing to do Passion Sunday instead). Palm Sunday is a rather popular day in the liturgical year. After all, who doesn’t like a parade?  At least most children seem to enjoy parading into the sanctuary waving palm branches of some sort. If your Lenten services have been relatively sober, then this is welcome relief. The problem that Palm Sunday presents, especially if you’re a preacher and know the rest of the story, is that things don’t seem to end well. Triumphal entry leads to crucifixion.

If you read the story closely it does appear that Jesus was trying to trigger a reaction from the crowd streaming into Jerusalem. It’s not like he didn’t know what was going to occur when he decided to ride a colt into Jerusalem. It is a rather apocalyptic moment that draws upon biblical imagery and unsettled political conditions. With tensions running high in the city, it wouldn’t take much to ignite a protest. And the Roman overlords didn’t take kindly to such things. Many within the religious leadership in Jerusalem would have also been aware of the effects of provocative actions. It was in their best interest to keep things under control, especially when this was one of the biggest pilgrimage events of the year.

So, what was Jesus up to? The image of the colt draws on Zechariah 9:9. In that post-exilic prophetic book, we’re offered the picture of a messianic figure riding into Jerusalem on a colt “triumphant and victorious” (Zech. 9:9). So when this charismatic preacher and healer decides to ride into the city on a colt, at least some in the crowd would have caught on. Then we hear words of praise offered up, words drawn from Psalm 118: “Blessed is he who comes in the name of the Lord” (Ps. 118:26).

Let’s put ourselves into the persons of those streaming into Jerusalem for this big annual festival. Festivals are always emotional events, especially when the festival celebrates the nation’s liberation from slavery. If you’re living under the yoke of foreign rule, you might pick up on any sign that one’s overlords might be overthrown. At least some in that crowd might have pictured this young prophet as being the one who could take on the powers that be. After all, people seem to like outsiders. The question is: what are his intentions? In the end triumph leads to tragedy (the cross).  Something seems lost in translation. There is much standing in the background that we simply don’t understand. It is important to remember that Judaism wasn’t monolithic then or now. It wasn’t simply Jesus against the Jews or the Romans. Jesus was a Jew operating within a Jewish context. Was he a provocateur? Possibly? Did he have political intentions? In the first century anyone even hinting at revolution, religious or political, would be suspect.

As I ponder the reading for Palm Sunday, I can’t help but think about the current political scene. In the United States we have a legal separation of church and state, but religion and politics often intermingle. You may not have to be a member of a specific religious community to hold office, but if you’re going to run for political office it helps to be able to speak religion. Atheists need not apply. As for religious institutions, they don’t receive official government support for religious activities like evangelism, but there are tax advantages that accrue. If you transgress certain rules you might you’re your tax benefits, though this rarely happens.  So, while we may have a secular Constitution, religion always seems to play a role in our political debates. In fact, politicians love to baptize Jesus into their political party. Indeed, partisans left and right want to remake Jesus in their own image.  But is Jesus open to being drafted as a political figure? Or, does he transcend our political boundaries?

We seem to be presented with a choice: Jesus the conservative or Jesus the progressive. The truth is Jesus isn’t a Democrat, a Republican, or even a Democratic Socialist. Those parties and ideologies didn’t exist in first century Palestine. While Jesus did commit himself to bringing good news to the poor, he was simply aligning himself with Jewish prophetic tradition (Luke 4:18-21). While I do think Jesus had a preferential option for the poor and that there is a political dimension to his message, we would be wise to refrain from making him an honorary member of our political party. That doesn’t mean that being a follower of Jesus shouldn’t have implications for the way we vote, but I don’t think he’s a member of the party!

When I preach on Palm Sunday, I need to keep in mind Good Friday. Whatever Jesus had in mind when he ordered up the colt, he ended up hanging on a Roman cross, and crosses were reserved for political enemies. Indeed, the Romans used crosses to send messages. They tried to send the message, but in the end it failed. Even as Palm Sunday doesn’t give us a full picture, neither does Good Friday. Easter becomes the answer to both.

When we read a passage like this, we need to understand that there were a variety of views on matters of statecraft and religion in first century Judaism. We also need to remember that there was no such thing as a separation between religion and statecraft. While Judaism didn’t see their rulers as divine beings, their Roman overlords did, or at least they believed they were in special communion with the gods. Nonetheless, we could say that first century political systems were theocracies. True secular states are rather recent inventions. The United States was one of the first to separate out church and state.  So, when the people hailed Jesus as the king who came in the name of the Lord, they weren’t just talking religion. They were also talking politics. But Jesus’ politics wasn’t business as usual.

Jesus seems to have provoked the reaction he got from the crowd. He was declaring himself to be the sovereign ruler of Israel, and perhaps more. At least in Luke’s mind, Jesus seems to be more than simply another earthly ruler. He was challenging the power-that-be, both political and apparently religious. He did so from within Judaism, but by the time Luke is writing the community has moved beyond those boundaries. For Luke Jesus is claiming sovereignty not only of Israel, but of the entire world. Such claims can’t go unanswered, so there is the cross that will stand in the way. For us, we read this post-Easter, which means that we affirm God’s answer to the cross. There is a realm of God that transcends our political boundaries. May Palm Sunday serve as a reminder of this truth.