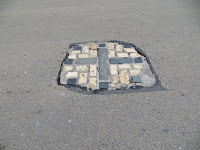 We remain in the Easter season, but the lectionary takes us back to John’s story of the pre-Easter Jesus.  This time we’re in the upper room. Jesus and the disciples are having that final meal that has given birth to the Maundy Thursday remembrance that underlies our Eucharistic celebrations.  According to John, Judas has left the building intent on fulfilling his own mission.  The meal that remains undescribed by John is over. Jesus has washed the feet of the disciples, showing them what it means to be a disciple and a servant of God. We know from what follows that this was not, from John’s perspective, a Passover meal. That’s because John places the crucifixion on the Day of Preparation for the Passover (Jn. 19:14). Passover begins Friday evening.  But, even if the chronology is a bit different, John assumes a meal at which Jesus gives final instructions to his disciples. This Farewell Discourse will go on for several chapters before Judas returns, this time with the authorities ready to arrest Jesus (John 18:1-14).

One of the central themes of John’s gospel is the revelation of God’s glory in the life and ministry of Jesus. In the prologue John declares that “the Word became flesh and lived among us, and we have seen his glory, the glory of the father’s only son, full of grace and truth” (John 1:14). Along the way we have caught glimpses of that glory as Jesus performs signs, like the time he turned water into wine (John 2:11), which was the first sign. If you back to the wedding at Cana you’ll see that Jesus was at that point somewhat reluctant to let the light shine too brightly.  It was not yet his hour, but his mother thought otherwise, and so a sign revealed his glory. In this case, we are told that at this very moment the Son of Man has been glorified, and with him God has been glorified. The use of the title Son of Man is important. It carries an eschatological patina.

What is occurring at that moment in time, through this meal and Jesus actions, including washing the feet of the disciples, Jesus reveals his glory. Part of this revelation is the decision on Judas’ part to betray Jesus. What is meant as betrayal becomes a moment of revelation, for the betrayal leads to the cross and the cross leads to the tomb and the tomb gives way to the resurrection. As Gail O’Day puts it: “Who God is, who Jesus is, and who they are to each other and to the believer is fully revealed in Jesus’ death, resurrection, and ascension” (New Interpreter's Bible, IX:732).

As Jesus experiences this process of glorification, he has words to share with those closest to him. Among these important words is a new commandment or mandate (it is this new mandate that gives rise to the term Maundy Thursday—Maundy derives from a Middle English term that translates the Latin mandatum). Having already exhibited his love for the disciples by washing their feet, he now gives a further definition. Jesus declares to them: “I give you a new commandment (mandate), that you must love one another.” Love one another – “as I have loved you.” How has Jesus loved them? By washing their feet; by becoming a servant. If they love one another then the world will know that they are Jesus’ disciples.

Many like to sing that folk hymn “They will know we are Christians by our love.” If only this were true, or at least truer than we have experienced it. Christians aren’t always a loving people. We have a long history of excluding and even killing those who disagree. We have used the Bible to support numerous forms of injustice. We have killed each other because of assumed heresies. Servetus was executed at Geneva. Anabaptists were drowned as punishment for advocating believer’s baptism, a practice that was believed to undermine Christendom. I’ve been to the spot where Thomas Cranmer and two other bishops were burned at the stake. There’s a marker right there in the middle of Broad Street in Oxford. It is a good reminder of Christians failing to share love for one another. If we’re willing to enact such brutal policies toward those who are part of the community, it should be no surprise that Christians have been willing to do to the same to those who stand outside the community. Indeed, Christians have visited upon others, what the Romans did to Jesus! Nonetheless, love is our mandate.  Tom Oord has been a tireless advocate for the principle that love should be at the center of Christian theology.

If love is the center of the biblical witness and the core of Christian experience, it should be the primary criterion for theology. Love should be the orienting concern and continual focus for speaking systematically about theology. We should discard ideas or theories that undermine love. [The Nature of Love, p. 2]

What is revealed here is expanded in another Johannine text (whether from the same hand or not is irrelevant).  In the first letter of John, it is written: “Beloved, let us love one another, because love is from God; everyone who loves is born of God and knows God. Whoever does not love does not know God, for God is love” (1 John 4:7-8).

Turning again to Gail O’Day for some guidance, it is good to be reminded that the command to love is not new. The command to love is found revealed in the Torah. But what is new, according to O’Day, “is that the commandment derives from the incarnation (see 3:16). The ‘new’ turn in the commandment of 13:34 is that Jesus’ ‘own’ are asked to enter into the love that marks the relationship of God and Jesus. The participation in this relationship will be evidenced the same way that Jesus’ is: by acts of love that join the believer to God (cf. 14:14, 21, 23; 15:12)” [NIB, IX:732].

Jesus is being glorified with God. This glory has been revealed in acts of love. Those who “believe” or entrust their lives to God through Jesus participate in the love that binds Jesus with God. By participating in this love, they show themselves to be his disciples. Yes, “they will know we are Christians by our love.”
Email Post
Labels: Easter Gail O'Day Glory of God Gospel of John Lectionary Love of God Maundy Thursday Tom Oord