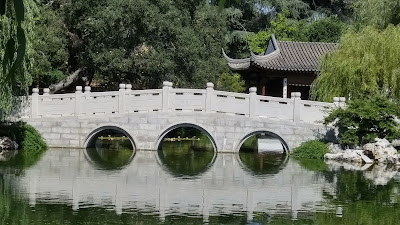 Not all theology is the same. Not all theology is good. That is, there are theological positions that are destructive and must be opposed. Dietrich Bonhoeffer understood this. So did Karl Barth. These two theologians were among those who stood against the German Christian movement that sought to Germanize theology, a process that both denied Jesus’ Jewish origins and made church members open to the anti-Jewish policies of the German regime. All theologies that dehumanize people must be opposed strongly, for they are not of God. At the same time there are plenty of theological positions where there is disagreement, but they neither dehumanize nor destroy. The question is, can we find an arena where we can listen to each other and learn from each other, even if at the end of the day we end up disagreeing with each other? Richard Beck, a psychology professor, blogger, and intuitive theologian, suggests that the key is theological empathy.

Beck suggests that what worries us will pull our theologies. It might be theodicy, or it might be the Trinity. What theological positions cause you to move in a certain direction?  Beck, whose writings and personal conversations have benefited me, speaks of himself as a theological nomad. Because of this, he believes he understands why people have different worries, and why those worries drive them. In fact, he finds himself driven in a number of directions. I like that image of theological nomad, as I think it describes me fairly well. If you know me well, you may understand why I say that. I don't fit in a theological box.

Before reading Beck’s post, which James McGrath had taken note of on Facebook, I had been thinking about the varying responses to Serene Jones’ interview with Nicholas Kristof that appeared over the weekend. Jones, who is President of Union Theological Seminary, is ordained in both the United Church of Christ and the Christian Church (Disciples of Christ). Thus, she is part of my religious community. In that interview, she registered her doubts about beliefs in the bodily resurrection of Jesus (a biggie for Easter), the Virgin Birth (emphasized at Christmas, but which she termed bizarre), and her questions about the afterlife. All of these positions are fairly common among liberal Christians. I might disagree with her on the resurrection and the afterlife (I understand the Virginal Conception in metaphorical terms, but not the other two), but I have no desire to push her out of the church or challenge her right to be a theologian. It’s possible that her message will resonate with many who struggle with faith.  Besides, since Disciples are non-creedal, it’s rather impossible to bring her up for a heresy trial!  Of course, there was significant push-back against her declarations. At the same time there was significant push-back against the push-back. As I read the latter, I got the sense, and I might be wrong here, that they might consider those of us who affirm the bodily resurrection and an afterlife to be a bit backward in our thinking. As they hailed Jones for her courageous declarations, they seemed to imply that we who differ might want to get with the program and embrace modernity. While I don’t reject modern science, I have my reasons for affirming the bodily resurrection and the afterlife, though it will take more than a bumper sticker declaration to explain why.

This is where Beck’s post comes into play. He writes:

Jones has her reasons for her worries. Those who argued for a physical resurrection have theirs. I’m wondering if there is room for theological discourse where we can share our beliefs without being scolded for either being heretics or fundamentalists.  If not, then, our theological conversations, if we have them, will have to be undertaken within our theological silos.

Perhaps I’m a bit sensitive about all of this because I’ve found myself under suspicion from both sides of the theological divide. I was asked to resign from my teaching position at a Christian college because my theology was deemed too liberal. At the same time, because I am a graduate of Fuller Seminary (both MDiv and PhD), I was looked upon by some on the left with suspicion. Actually getting fired for my heretical views, which were still largely evangelical, helped overcome some of that suspicion, but not all of it. Then again, like Beck, I’m something of a theological nomad.  That may be due to the fact that I am a historical theologian who values tradition. I don’t necessarily fit into a theological box (how about a Barthian, open theist, Disciple pastor with Anglican inclinations, with liberationist sympathies?). A number of years ago, my friend Ron Allen, who would likely own the label of theological liberal, suggested I was post-liberal. I asked Ron how I could be post-liberal if I hadn’t been liberal. In essence, his answer was, if the shoe fits. Since the "post-liberals" tend to like Barth, and I like Barth, I think it fits, at least on one of my feet. I’m not sure about the other!

So, as we live into the post-Serene Jones-interview era, might we listen to each other for a moment. I am part of a theological tradition that names as founders Alexander Campbell and Barton Stone. They disagreed on a number of issues, including the divinity of Jesus and the Trinity (Campbell refused to use the term, but he was essentially a Trinitarian, while Stone was further from “orthodoxy.”). I am a firm Trinitarian in a faith community that generally eschews conversation about the Trinity (I’ve written a small book on the Trinity for the Disciples that is with a publisher that argues for its importance to the Christian faith and to Disciples theological conversation, understanding that a large swath of the denomination will disagree with me). Ultimately, I think we can learn from each other, if we’re willing to hear each other, and that takes theological empathy. Otherwise, let’s return to our silos and only talk with those with whom we already agree.