What Hath God to Do with American Capitalism? 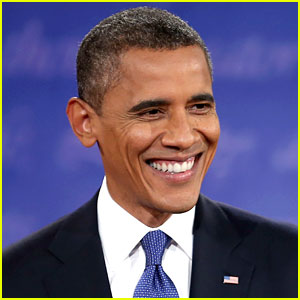 When Election Day closed with President Obama having won the day, taking with him a couple of new Democratic Senators to boot, needless to say I was quite happy.  The President and the Democratic Party aren’t God’s Party, any more than the Republican Party is.  There are places where I don’t agree with the President, but I believe he and the Democratic Party more represent my values than does the alternative.  If he had lost, I think that things might have been rocky going forward, but as we have for more than 200 years, we would survive.  After all, we survived George W. Bush’s eight year reign (though not without some major problems we’re still sorting out)!

In recent days I’ve been hearing a lot of doom and gloom from partisans on the right, both political and religious.  Franklin Graham has used his father’s legacy to gain public legitimacy, and commenting on the election, declared that Obama’s election had placed the United States on the “path of destruction.”  Al Mohler, the fundamentalist president of Southern Baptist Seminary, has declared this to be “an Evangelical disaster.”   Are things really as bad as these two suggest?

Well, apparently, they’re in good company.  Word comes that the owner of one of the largest coal mining companies, Robert E. Murray, is so distraught by the election outcome that he’s ready to start firing employees.  Since the election is only days in the past, and the President hasn’t had time yet to shut down the coal business, you wouldn’t think someone would have to be so preemptive, but such is not the case.  Word is that Murray, who is accused of forcing employees to attend a Romney rally, will start laying off workers at two of his companies (156 on Wednesday – the day after the election).    Now that’s his right, but it does seem a bit peevish.

But that’s not the whole of it.  Murray couched his vitriol in the form of a prayer to God, lamenting America’s turn against free-wheeling capitalism, which apparently is divinely blessed and authorized.  I’ll not reproduce the entire prayer, but consider these excerpts:

We are a Country in favor of redistribution, national weakness and reduced standard of living and lower and lower levels of personal freedom.

Now, I’m not anti-capitalist, but where do you find in Scripture any hint that God favors it and that God is against any form of redistribution?  If anything, Scripture seems to favor it.  After all, the early Christians lived in community, sharing their resources, so that no one would be without (Acts 4).  Torah describes the practice of Jubilee, so that every fifty years, all property reverted to its original owners.
But the prayer doesn’t end there.  Mr. Murray, seemingly echoing Mitt Romney’s comment about the 47%, laments that the “takers outvoted the producers.”  Though asking for forgiveness for the acts he must now take, he does so seeming to believe that he is the righteous one (and the Obamaites the evil ones):

Lord, please forgive me and anyone with me in Murray Energy Corp. for the decisions that we are now forced to make to preserve the very existence of any of the enterprises that you have helped us build. We ask for your guidance in this drastic time with the drastic decisions that will be made to have any hope of our survival as an American business enterprise.

Like I said, it’s his company, and he can fire employees, if he so desires, but is it right to do so in the context of prayer?  Is Mr. Murray really doing this as a servant of God?  If coal ceases to be a viable energy source, it won’t be because of decisions made by President Obama, and the decline of coal usage won’t be a sign of American weakness.  Now, I am concerned about the many people employed by the coal industry, many of whom suffer debilitating health issues as a result of their work.  But I'm also concerned about a world that is growing warmer and more polluted as a result of its use -- endangering the lives of many more (including the families of those employed by this industry).  So, here's a question, is it God’s will that we continue to pollute the air and waterways with all of this coal?  Could it be that there are other sources of energy that will in the long run be cheaper, more efficient, and better for the environment?

I realize that this is a business, and that owners make business decisions, but really, this prayer?  To which god is it being offered?   Somehow I don’t think this is the God of Abraham and Sarah, Isaac and Rebecca, Jacob and Leah, or the God of Jesus.
Email Post
Labels: Barack Obama Capitalism Coal Industry economics Election 2012 Employment energy policy God and America Prayer

You are such a hypocrite. You lust after the possessions of others and you try to justify your coveting by claiming that since the early Christians shared their possessions, that should mean that the US should legislate something similar. Why do you have more right to my possessions than I do.
10:43 AM

Brian said…
That man does strike me as mis-using prayer. Frankly, it strikes me as taking God's name in vain. Hopefully this nation, and world, can stop pointing fingers and start rolling up our sleeves to get positive things done.
9:22 AM

Robert Cornwall said…
Brian, after I wrote this and thinking about yesterday's text from Mark 12, which talks about folks who cheat the widows out of their homes while offering long prayers, I thought I saw a connection!
11:52 AM