The Writing Is on the Wall -- Sermon for Advent 3A

It’s been a while since I last preached.  Now that I’m back – as I promised I would – I have much to say!

On this third Sunday of Advent we lit the candle of Joy.  But what does it mean to be joyful?  At Christmas we sing “joy to the world, the Lord is come! Let earth receive her King; let every heart prepare him room, . . . “

”Let earth receive her King; let every heart prepare him room.”  We’re not singing that carol this morning, but what does it mean to receive the King, to prepare our hearts by leaving room to receive him?

That key word here is “prepare.”  God has promised to be present in our lives.  That is the basic plot line of Scripture.  But, are we ready to receive God into our lives?  Have we made room?  Or, have we stuffed our garages and our closets so full of junk that there’s no room for God to fit?

With this carol we proclaim that “He rules the world with truth and grace, and makes the nations prove the glories of his righteousness, and wonders of his love.”

Today and next Sunday we’re going to be visiting the Book of Daniel.  It’s not a book we regularly visit, but as children many of us learned the stories about  Shadrach, Meschach and Abednego, whose faithfulness to God puts them into the fiery furnace.  Then there’s the story of Daniel and the Lion’s Den, which we’ll look at next week.  But in today’s reading, we hear the story about a mysterious hand “writing on the wall” of a Babylonian palace.

When you hear the phrase “the writing is on the wall,” you know that bad news is coming.  For instance, with Detroit’s recent bankruptcy ruling we all knew “the writing was on the wall.”  Whether you agreed with the decision or not, I doubt anyone was by surprise.  As the judge said – there was no other way.

Of course, what is written on the wall can be a prelude to good news.  So, if someone asks if you want to hear the good news or the bad news first, you might as well get the bad news over with, so you can find out what the silver lining is!

In the book of Daniel We’re transported back to the sixth century B.C.E.; to a time when the Jewish people were living in exile.  Remember how the Babylonian king Nebuchadnezzar conquered Judah, tore down the walls of Jerusalem, destroyed the Temple, and then carted off the leading citizens to Babylon?  But that wasn’t the end of the story.  It might seem like God had abandoned the people of God, but here in Daniel 5 Babylon gets its due.

In Daniel 5, Nebuchadnezzar is long dead and a later king named Belshazzar decides to throw party to celebrate his power.  He invites all the Lords and Ladies to his palace.  In a drunken stupor (think Toronto mayor Rob Ford),  he tells his servants to get the holy vessels that Nebuchadnezzar took from the Jerusalem Temple so that they could propose toasts to their gods using vessels that were dedicated to the worship of the God of Israel.  In doing this Belshazzar and his guests desecrate the holy vessels, just like the Seleucid rulers desecrated the second Temple in Jerusalem in the 2nd Century B.C.E.  This was when Daniel was written.

“Immediately” after this, a human hand mysteriously appeared and begins writing on the wall.  As you might expect, Belshazzar nearly faints with fear.  The author writes:

“Then the King’s face turned pale, and his thoughts terrified him. His limbs give way, and his knees knocked together.”  (vs. 6 NRSV).

After all, when there’s “writing on the wall” the news can’t be good.

Belshazzar then calls in his religious advisors and demands that they interpret the meaning of these strange words.  Unfortunately, they don’t know what to say.  The king is increasingly frustrated, but then the Queen Mother remembers a man named Daniel who had interpreted the dreams of Nebuchadnezzar.   Perhaps he could interpret this ominous message.  When he hears this, a very frightened Belshazzar, agrees to bring in Daniel.  The king even promises to give Daniel the number three position in his administration.  Daniel agrees to interpret the message, but he tells Belshazzar to keep the gifts and honors – and with good reason, because Daniel could read the writing on the wall.

The message consisted of three words, the first of which is repeated once:  Mene, Tekel, and Parsin.  What do these words mean?  According to Daniel the first word, Mene, means “God has numbered the days of your kingdom and brought it to an end.”  Why is this?  The answer is found in the second word, Tekel. Daniel says, “you have been weighed on the scales and found wanting.”  In other words, God has audited your books and you failed the audit.  As for the third word – it is the penalty phase.  It’s no wonder Belshazzar was terrified.  He was standing before the divine judge.

This third word, which is parsin or peres, means that your kingdom is to be divided.  The banks might be too big to fail, but that’s not true of the Babylonian empire.   Belshazzar is about to lose his job, and in this case there aren’t any golden parachutes.  It’s interesting that when Belshazzar hears the news he decides to push the rewards and honors on Daniel.  I guess he thinks this will delay the inevitable.  But such is not the case.  The Babylonian kingdom will soon give way to the Persian Empire, and the exile will end.  But that’s another story all together!

As we celebrate Advent, what message do you hear in this story about the writing on the wall?

Perhaps we should consider the ministry of John the Baptist, who is born with a calling to prepare the way for the realm of God. He is, according to Luke, Jesus’ advance man.  He gets things ready.  He reads the “writing on the wall,” which is the call to repentance.

Belshazzar wasn’t paying attention to God.  He wasn’t prepared.  So, when Daniel interpreted the message, it was already time for him to face the bankruptcy judge, and receive what he was due.  His kingdom was to be no more.

As we continue this Advent journey, we are reminded that there is one coming who will inaugurate the realm of God.  This divine realm, according to Scripture is very different from human kingdoms like that of Belshazzar, Antiochus IV, and Caesar.

According to Daniel, when we compare human kingdoms – even nations like our own – with God’s realm, they will be found wanting.  They will come and they go.  These human kingdoms can be evil and oppressive.  That was the case with the Babylonians and with the Seleucid kings.  And even if, like the Persian Empire, or our country, they are more agreeable, they fall well short of God’s realm.  The good news, the news that follows what is written on the wall, is that the realm of God is defined by the character of God.  Therefore, in God’s realm, there is peace, there is joy, there is love, and there is true justice for all.

On this third Sunday of Advent, the day in which we light the candle of joy, where do you see God’s realm present?  Do you feel as if these human realms  have the upper hand, or do you see signs that God’s realm is pushing these realms aside, bringing to this world and to you as a person hope?

In Daniel 5 we hear the promise that God is present and active. Human realms come and go, but God’s realm endures for ever.

In the story that follows in Daniel 6, which we’ll look at next week, we hear a different question.  If God is faithful, will you be faithful?  Are you ready and willing to entrust your life to God’s care by preparing room to receive God’s realm?  In this, there is joy! 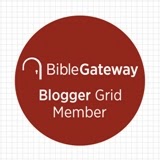