C.S. Lewis and the Crisis of a Christian (Gregory Cootsona) -- Review

C. S. LEWIS AND THE CRISIS OF A CHRISTIAN.

Like many Christians C.S. Lewis is one of the authors who has traveled with me over a lifetime. From the Chronicles of Narnia to Mere Christianity, he has inspired our imaginations and helped resolve lingering questions of the faith. Fifty years after his death people continue to delve into his books and make pilgrimages to the places he inhabited in Oxford. During my own time in Oxford, I spent a lunch time in the very room at the Eagle and Child Pub, where Lewis gathered with colleagues and friends including J.R.R. Tolkien to talk about their work and drink beer.  If you happen to go to the Magdalen College chapel you can find the stall where he sat while a Fellow there.  Then there is the pulpit at St. Mary the Virgin University Church where he preached his famed sermon The Weight of Glory, a pulpit that also featured such luminaries as John Wesley and John Henry Newman.

While Lewis remains popular, his popularity is to be found largely among Evangelicals, a community with whom Lewis didn’t share a lot in common.  But, his books and some papers are now lodged in the library at Wheaton College, making him by “adoption” and Evangelical luminary.  One needn’t be an Evangelical or even agree with all or even much of his work to find something valuable. As for me I have found the Chronicles of Narnia more insightful than Mere Christianity or the Problem of Pain, but whatever point of contact, reading Lewis should be a requirement.

Gregory Cootsona is an evangelical-leaning Presbyterian pastor serving as Associate Pastor of Adult Discipleship and College Ministries at Bidwell Presbyterian Church in Chico, California. Chico is ensconced in Northern California near Redding and home to Chico State University.  He writes this book about Lewis from the perspective of one who has found Lewis to be a constant companion in the life of faith, helping him resolve doubts and navigate challenges to his faith. He honors Lewis while also recognizing that Lewis was not a saint, though he refers to him somewhat ironically as St. Clive.

Lewis’s voice still resonates because his crises and their resolutions in his work reflect our own crises and guide us toward resolution. (p. 2).

The book, therefore, is an exploration of the way in which Lewis dealt with the crises that face Christians through his own writings. Cootsona does delve into Lewis’ life, but only as it touches on the subject at hand. The keys to the story is Lewis’s movement out of atheism as a young man and his need to deal with questions of pain and grief – losing a mother at age nine, fighting in the trenches of World War I, and the loss of his wife Joy Davidman from cancer near the end of his own life. Mixed into all of this is Lewis’s academic interest in ancient and medieval literature, along with the study of mythology. Lewis became a leading “apologist” for the faith because he dealt with issues that are common to humans – questions about suffering and meaning in life.  He did so in a way that made sense. He offered rational, reasonable answers. We might not assent to all of them, but one can understand why they speak to so many even today. 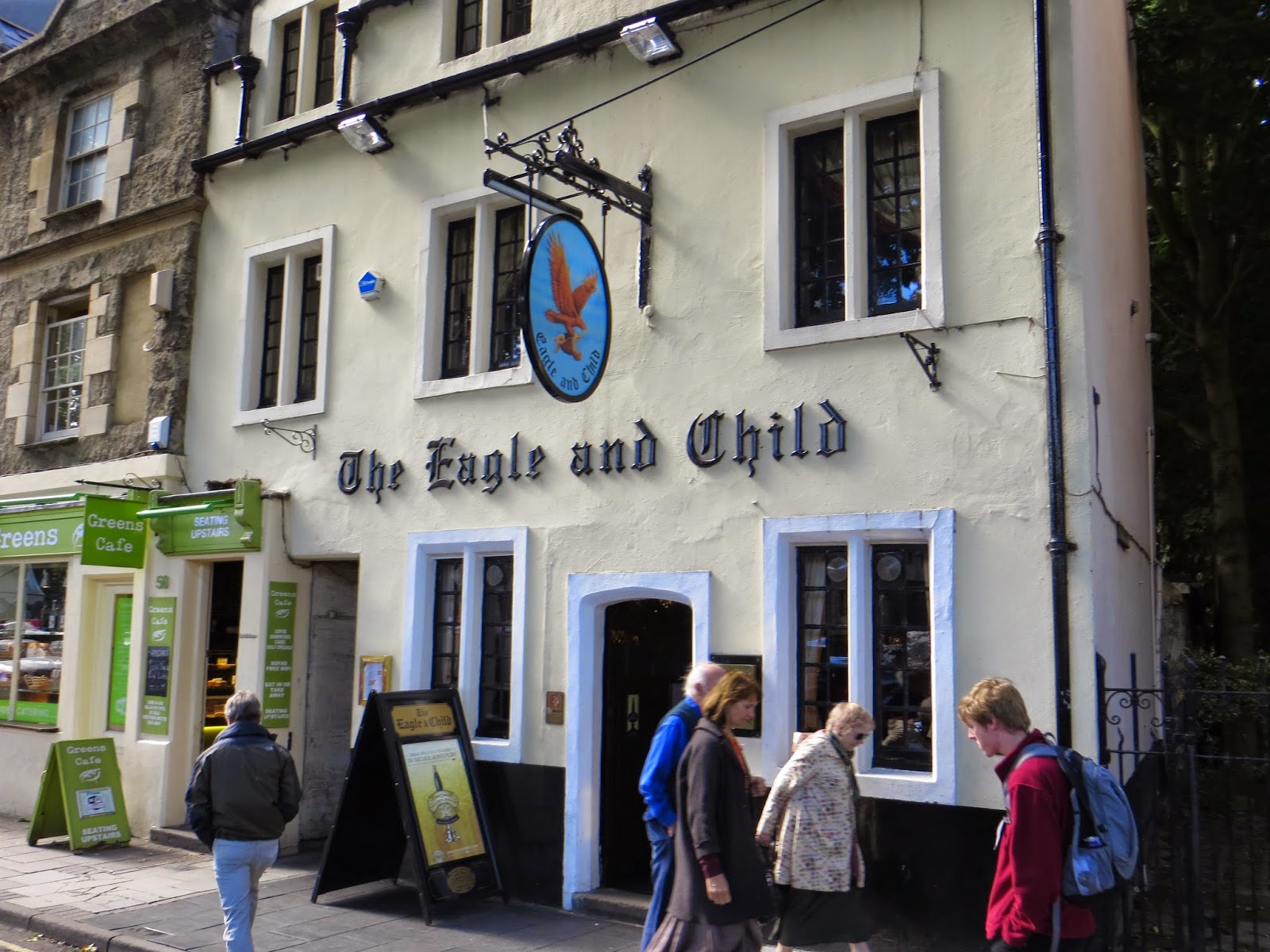 The book is divided into three primary sections, with an opening chapter detailing Lewis’ life and why he remains popular. The first section deals with the question of atheism. Chapters focus on materialism, meaninglessness, and anomie (social disorder). Lewis had no problem with science or even evolution, but he came to believe that there had to be more to reality than what science could discern. Thus, as he came to faith he came to see that myth could be true.  That moved him on to the question of meaning, which we all face, and this quest for meaning is resolved in the God whom we pursue. Finally there is the question of anomie or social disorder, something that frustrated Lewis and again found its resolution in God. In a post-modern age, Lewis stands out with his embrace of moral realism. He insists that there is a universal moral law that should guide human life. This vision is present not only in the Bible but ancient and medieval stories and myths as well. Is this not the message of the Chronicles of Narnia – there is a sense of right and wrong, duty and honor? This belief in moral order helped resolve his concerns about God.

The second chapter addresses the relationship of Jesus to other myths or religions, along with the crisis presented by the Bible. Here is where Lewis causes issues for both evangelical and non-evangelical. He affirmed the uniqueness of Jesus and the Christian message, but he could also envision God speaking through other traditions.  Consider that in the Last Battle, a young Calormene prince finds himself received by Aslan into the Land beyond the Sea even though he had served Tash. While Lewis affirmed the importance and centrality of the Cross and Jesus’ divinity, he viewed atonement theories as secondary, pointing out that there had never been an ecumenical creed resolving the question. This is incredibly helpful insight.  As for the Bible, he affirmed it to be the bearer of the Word of God, but he didn’t worry about its inerrancy or infallibility. In many ways he was very close in his understanding to Barth, which makes, as Cootsona points out, his rather negative opinion of Barth rather strange. Cootsona notes that he spoke with disdain of Barth even though he read him. Perhaps had he read Barth he would have found a common traveler, for both assumed that the Bible is the witness to the revelation of God not the revelation itself.  In both of these chapters, Evangelicals will find that Barth is not necessarily of one mind with them. In fact, it may be that they have taken to heart one statement about Jesus – Lord, Liar, or Lunatic – and made that the whole of his message.

In the final section, Cootsona shares with us how Lewis dealt with the crises faced by humans in general. He deals with feelings, and as a rationalist Lewis was skeptical about the value of feelings. He understood them to be part of the human personality, but also understood them to be less than reliable. Again his embrace of moral realism came into play. In the chapter on suffering, which Lewis dealt with in a number of books, including The Problem of Pain, he seeks to offer a rational explanation (apologetic) for God against the challenges of suffering. He understood that suffering is a major issue for many when it comes to God. He spoke of it in terms of its value in forming the moral soul. He doesn’t believe that God directly causes suffering, but that God uses it to form the person. For many this will be insufficient, as Cootsona notes. For Lewis, God was not – normally – the fellow traveler in times of suffering.  Though in The Horse and His Boy, Aslan appears as a cat to comfort Shasta as he travels home. The final chapter deals with death. For Lewis death was a central issue in his life – both at the beginning and the end. The loss of his loving mother and his estrangement from his father caused him great grief and no shortage of suffering (in part because of his having to endure less than ideal conditions at two boarding schools at the hands of cruel headmasters). Then at the end of his life, with the death of his wife Joy, he faced questions of life and death once more. The story of his relationship with Joy Davidman is intriguing, for it was at first a marriage of convenience and then become more as they experienced Joy’s cancer and eventual death. It is in the context of this struggle that Lewis wrestles with questions of heaven and hell. He affirms both, though the latter is understood more in terms of shadows and separation rather than torment (Lewis after all knew his myths). Heaven as a consolation was focused on God.  Indeed, for Lewis our focus in life is our journey toward everlasting life in the presence of God. For Lewis this helped make sense of life and death and the moral foundations of life itself.


Cootsona does an excellent job in helping us understand Lewis and the issues that drove him. He doesn’t resolve every question to our satisfaction. He’s not a “saint” in the traditional sense, and yet could we not affirm him as one of the “Doctors of the Church,” along with Augustine, Aquinas, St. Theresa of Avilla, Barth, Luther, and Calvin?  As for me, while I’ve not found Lewis to be a final conversation partner, he has been an important one at points in my life. That may be true for others, and Cootsona helps understand why that is true. This is a most readable and useful book, so pick it up and rediscover a partner in the journey – C.S. Lewis.
Email Post
Labels: Apologetics Books C.S. Lewis Crisis of Faith faith Moral Formation Moral Order Religion Reviews Suffering Theology