Arguing With God - A Sermon for Pentecost 19A 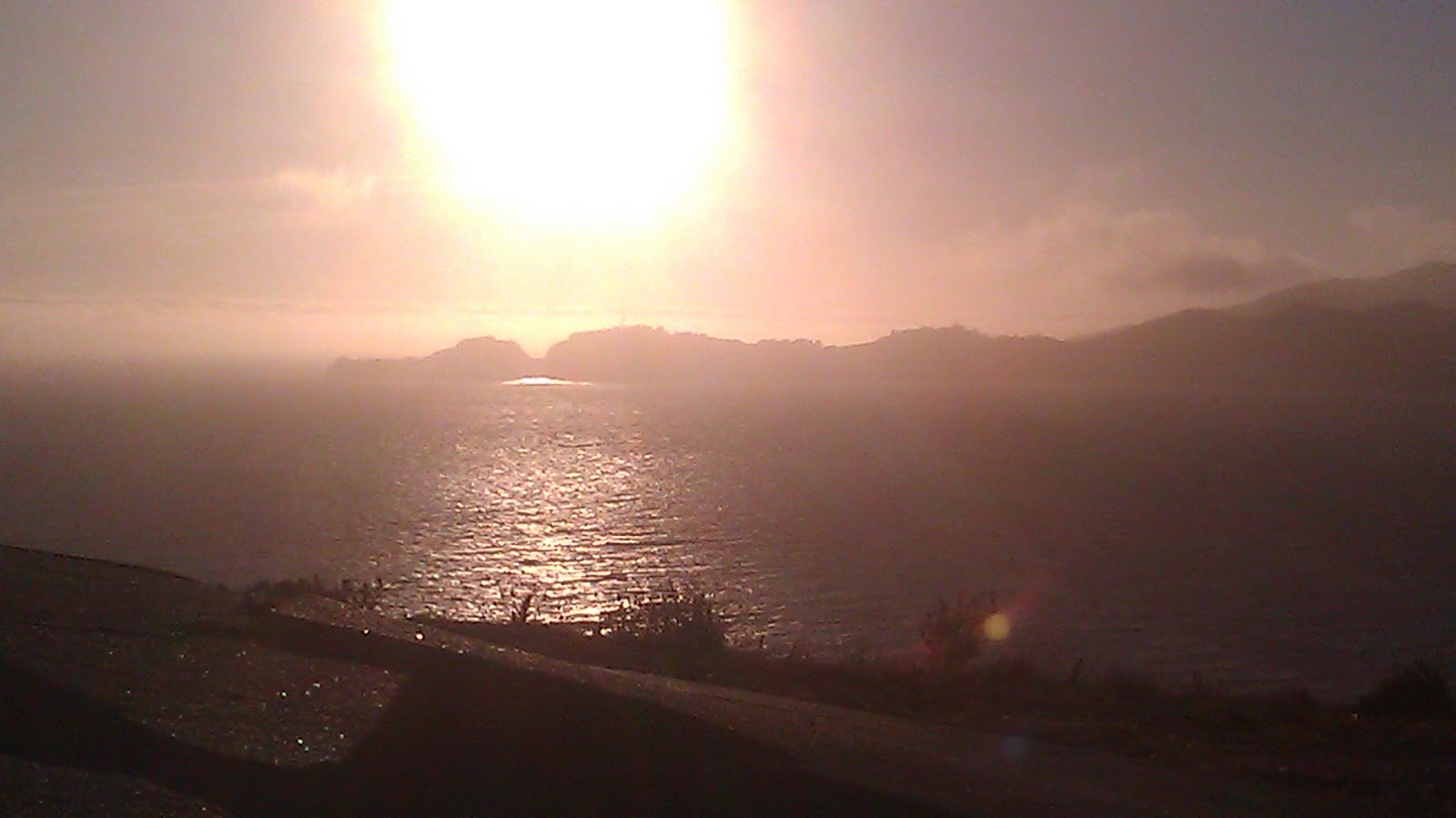 Is it okay to argue with God?  Moses thought so.  So did Abraham. You might say that to argue with God is to intercede with God. And it seems as if God invites us to bring our concerns into God’s presence.

As we bring our journey through Exodus to a close, the people are about to leave Sinai. They can see the light at the end of the tunnel.  There’s only one problem, God isn’t sure whether to continue on with them.  God has had enough dealing with this “stiff-necked people,” and while God hasn’t unleashed his wrath on them, he’s not sure how long this can continue.  Apparently, that Golden Calf affair was the last straw.

If God isn’t sure whether it’s a good idea to continue on, Moses won’t hear of it.  To Moses, there’s no point going on to the Promised Land without God.

This story pictures God as something of a frustrated parent.  Like parents often do, God has thrown up his hands because these children won’t stop acting up.  So, like many a frustrated parent God wants to tell these belligerent children to leave the house and not let the door hit their backside.  Yes, go get a job. Support yourself.  I don’t care if you’re just six years old.  It’s time to grow up! Of course the nation of Israel is older than a six-year-old!

When Moses hears this, he decides to intervene between a frustrated God and an ungrateful and combative community. In doing this, Moses performs a priestly role.   He does this because he understands that God is the glue that holds the nation together. Their identity is linked to God and so Moses feels the need to reconnect the two.  And, in the end God agrees to go with the people.

Moses did his part, but now he wants something from God. He wants a further sign of God’s faithfulness.  If he has truly found favor in the eyes of God, then he wants to move a step closer to the presence of God. No more clouds and burning bushes.  Moses wants to see the full glory of God. He wants to see God face to face.

Moses understands that our identity is defined by the presence of God in our midst.  What is the church if not for the presence of God?  Are we just another social group or service organization?  It’s good to socialize and work for the common good, but does that define the church’s identity?  Or, is our life together defined by our common faith in Jesus who reveals to us the face of God?

Paul writes in Romans 6 that in baptism we leave behind the old life and are raised to a new life in Christ. I believe this to be true, but when I look at my life I have to ask – what makes me different because I claim to be a follower of Jesus?  When I’m out in the community, how is Jesus forming my vision? Am I operating out of a merely political vision that is linked to a particular political party or to my national allegiance?  Or am I looking at the world through the eyes of Jesus?

In the gospel reading for today, the question of taxes comes up. Jesus asks his opponents about the image on the coin.  Whose is it?  They say Caesar’s.  Then Jesus says – give to Caesar what is Caesar’s, and to God what is God’s?  And what belongs to God?  It’s not just an offering put in the plate when it’s passed on a Sunday morning.  No, what belongs to God is our very lives. We are, as it is stated clearly in Genesis 1, the image of God.  (Matthew 22:15-23)

Moses understands that without the presence of God the nation of Israel is just another collection of tribes. There’s nothing distinct about them.  So, if they enter the land without God, then the people will eventually disappear.  They will fade into the landscape.

God hears Moses’ concerns and agrees to them, because Moses has found favor in God’s sight.  He has proven himself to be faithful. He has understood that “faith is the assurance of things hoped for, the conviction of things not seen” (Hebrews 11:1).  The writer of Hebrews commends Moses for “choosing rather to share ill-treatment with the people of God than to enjoy the fleeting pleasures of sin” (vs. 25).  In other words he traded the glory of Egypt for the trials of God’s people.

Moses understood that the journey would be difficult.  But, in this particular moment, Moses decided to ask for something more.  He also was tired of dealing with this “stiff-necked people,” and so he asked God if he could see God’s glory.  He accepted God’s word about continuing on, but even he needs just a bit more assurance.  He had encountered God in a burning bush and in a cloud, but now he wants to see God face to face.  Moses says to God – “show me your glory, I pray.”

Although Deuteronomy closes by saying that Moses knew the LORD face to face (Deut. 34:10), in Exodus God tells Moses that no one can see God’s face and survive.  So the best that God can do is let Moses catch God passing by, while Moses hides in the cleft of the rocks.  God puts a hand over the eyes of Moses until he has passed by the rocks. Moses gets a quick glimpse, but that’s all.  This peek at God’s back will have to suffice.

Moses got to see the glory of God, but it seems to have cost him something. He gets to see the land of promise, but he doesn’t get to settle in it.  Instead, he died and was buried by God in an unmarked grave in the desert of Moab, just short of the goal.

The message here is that no one can see the face of God and live.  This isn’t, however, the final word.  The face of God is mediated to us in the person of Jesus.  In him we come face to face with what Karl Barth calls the “humanity of God.” Barth puts it this way:

Jesus Christ is in his one person, as true God, man’s loyal partner, and as true man, God’s.  He is the Lord humbled for communion with man and likewise the Servant exalted to communion with God.  [The Humanity of God, p. 46].

Moses gets to encounter the glory of God, and gets confirmation that God’s presence will continue with the people. It is interesting that as the Exodus story continues, the people build a tabernacle and an ark – at God’s request – to contain the signs of God’s presence.  It appears that going forward, God will be present but God is putting a comfortable distance between the people and himself (Exodus 40:34-37).  As I read the text, I wonder if something else isn’t going on. Even as they made a golden calf to worship, could it be that this tent and this ark are boxes in which God is being placed, so God can be more controllable?

Is this something we do as well?  Do we try to control God’s movements by putting God in a box of our own devising?  Do we expect God to follow our rules and hang out in our building?

The good news is that God cannot be contained in anything we try to create.  God can use our creations, but God can’t be contained by them.  And while leaders are needed for the church to function, the church’s identity isn’t defined by its leaders.  Instead, it is the presence of God, that is made visible for us in Jesus.  In him we see the fullness of God’s presence without being consumed by it.  Instead, we are transformed by the renewing of our minds  (Romans 12:1-2).

As we saw last week, the people chose the tangible, the Golden Calf to represent for them God. This wasn’t the God who spoke to them through Moses. This was a god whom they created and sought to control.  Even Moses struggled with this. He understood more than most of his fellow travelers what it means to walk by faith rather than sight, but he too wanted assurance.  It is a normal request, but the journey forward is one we take by faith and not by sight. As we go forward in the presence of God, we get to participate in creating the future God envisions.  As Brian McLaren puts it:

The road of faith is not finished.  There is beautiful land ahead, terra nova waiting to be explored.  It will take a lot of us, journeying together, to make the road.  I hope you’ll be part of the adventure.  The Christian faith is still learning, growing, and changing, and so are we. [ We Make the Road by Walking: A Year-Long Quest for Spiritual Formation, Reorientation, and Activation,

Let us, therefore, continue the journey toward the Promised Land in the presence of God, so that we might be transformed by that journey into the people whom God has envisioned us to be.