God Is Not Afraid of New Things 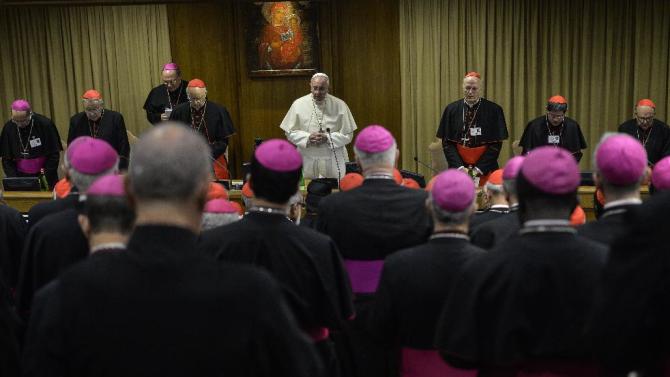 Like m any I've been watching with great interest reports on the recently concluded Roman Catholic Synod on the Family. Pope Francis has been at the very minimum calling for a change of tone in the church, along with moving the focus away from a narrow spectrum of issues to a a broader, more open agenda.  This turn has not been welcomed by all. Indeed, a vocal group of "traditionalists" has been resisting this change with all their might, which goes to show you that the Papacy might be a monarchy, but it's not an absolute one.

While earlier messages from the Pope have focused on economic justice, provoking much angst on the part of politically conservative Catholics -- especially those working for Fox or in Congress.  This time it has been issues of the family, and whether the church should be more welcoming to those who are divorced, who live together before marriage, and of course LGBT folks.  The initial reports were very promising.  The report from preliminary report from the Synod showed real movement toward openness and acceptance. This raised much hue and cry from conservatives.  In the end those paragraphs of openness were toned down.  But even in this form they couldn't get the required 2/3rds vote to move forward.  The paragraphs had a majority of supporters, just not enough.  What is interesting is that normally such paragraphs would be stricken from the final document published by the church.  The Pope, however, wanting the church to be more open, requested that they be included for discussion by the faithful.

The Pope is steering an interesting course. The Roman Catholic Church will not see overnight change, but there does seem to be a new spirit. And as is seen with the demotion of one of the leading traditionalists -- Raymond Burke -- the Pope will use whatever power at his disposal to sideline his critics.  Monarchs can do that!!

What I find fascinating here is the message Pope Francis delivered to worship yesterday morning in a Mass that concluded the Synod:  "God is not afraid of new things."  That is an important word from the midst of a church that has seen itself as the protector of tradition.  May we who stem from the Reformation, with its message of "semper reformanda" (always reforming) hear that message in our own contexts.  What is the new thing that God is wanting to do in our midst?
Email Post
Labels: Change and the Church Family Values Pope Francis Reformed Tradition Roman Catholic Church