Marriage: A Partnership of Equals (Part 3) 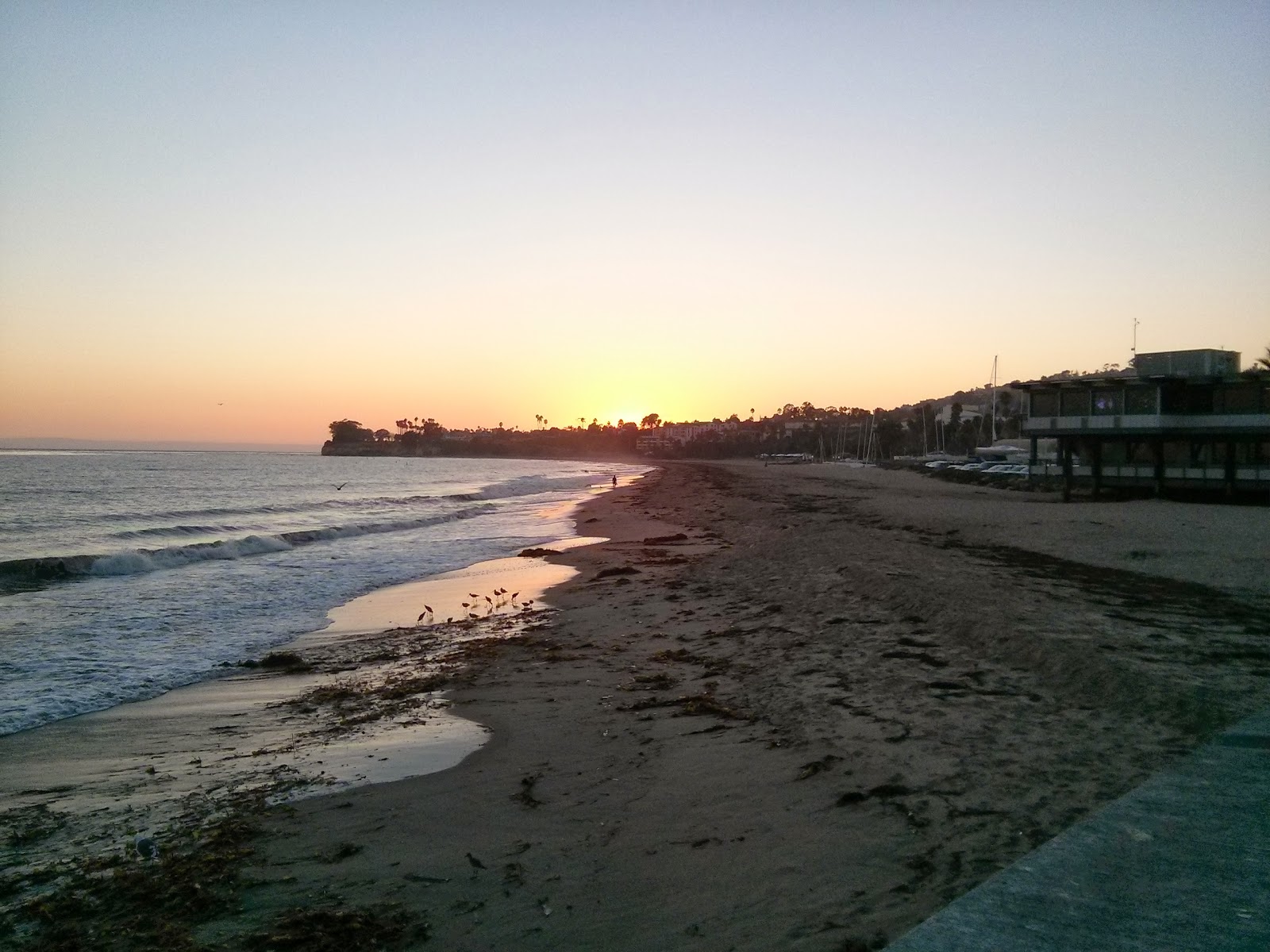 The traditional model for marriage relationships emphasizes hierarchy or chain of command. The implicit message of this model is that women are by nature inferior to men, and therefore need male guidance.  Therefore, due to their mental and/or physical inferiority women should submit to their husbands (or fathers). This perspective colors the way that families structure themselves, but it also influences they way they interpret biblical passages such as Ephesians 5:22-33.[1]

Although many traditionalists reject the idea that they view women as inferior to men, in practice they demonstrate that they do believe women to be inferior. Resisting women in leadership roles, including the ordained ministry is at least suggestive of such a view. It isn’t that there are no differences between men and women, but do these differences imply subordination?

If we affirm the essential equality of the sexes then male dominance cannot be affirmed.  I would suggest that in 1 Corinthians 7:1-7 Paul implies that men and women are not only created as equals but that they should relate to each other on the basis of mutual submission.  If this is true, then should we not also read Ephesians 5 in the same light?  That is, if 1 Corinthians 7 teaches mutual submission in the context of marriage, then should we not look to this principle in our reading of texts like Ephesians 5? If this is true, then perhaps passages like 1 Corinthians 14, where Paul is seen as silencing women in church likely is a culturally-bound directive. That is, Paul is concerned about how the church is seen from outside, and feels the need to rein in those who have celebrated too greatly their freedom in Christ.

There are several important implications for our understanding of marriage and sexuality to be found in I Corinthians 7.  First, Paul goes to great lengths to speak equally to both husband and wife.  Second he never equates sexual intercourse solely with procreation; therefore, sexuality can be enjoyed as an end in itself within the context of marriage. A third implication is found in verse 6, where Paul insists that sex does not interfere with one's spirituality. Finally, Paul does not in any way suggest that everyone should be married (though he does believe that if a person has strong sexual desires then in all likelihood that person should marry).

In the context of the way in which men and women relate to each other as husband and wife, 1 Corinthians 7 articulates a principle of equality. That principle is as appropriate to same-gender marriages as it is to heterosexual marriages. How a couple lives out this equality is to be determined by the couple – together. The way in which Paul states the principle – each spouse has authority over the other’s body (vs. 4). Paul insists that partners should not deprive the other of their conjugal rights (vs. 3).  If, therefore, Paul assumes that a couple has equality in this most intimate area of one's relationship, should this not relate to other areas of one's relationship, including the spiritual dimension of their lives? Again, we need to realize that Paul does not attempt to resolve this issue by appealing to the husband as spiritual leader. Instead, he invites both spouses to work together on a solution to the questions of their lives. This isn’t necessarily the easiest or quickest mode of decision-making, but in the end it will be the most satisfying for both partners.

If we start with the principles found in 1 Corinthians 7, then perhaps we’ll be in a better position to interpret for our own day passages like 5:21-33 that have been used to teach the subordination of women to male authority. If we start with verse 22 of Ephesians 5, it does appear that Paul (or someone writing in his name) does teach the subordination of women to men, but if we start in verse 21 – where we find the verb “to submit” – then we get a different picture. In verse 21, we’re told to submit to each other in the fear of Christ. In the verses that follow we’re shown how to submit to each other. Paul develops this principle in regards to four pairs:  husbands and wives, parents and children, slaves and masters, and church and Christ. In each case Paul seems to first state the traditional understanding and then turns them upside down.

Why is it that patriarchal ideas remain so ingrained in our society?   Is it the Bible or the way we read it that reinforces what we were raised with? Patricia Gundry, an evangelical whose book Heirs Together proved to be a catalyst for change when published in the 1980s, notes that “mutual submission was a principle given to guide relationships between all believers. The verses following verse 21 tell how to work it out in three of the most unequal relationships in the society of that day.”[2] To tell women to submit, children to obey their parents, and slaves to obey their masters was nothing new, but in each case the author of Ephesians modifies the traditional understanding in such a way as to lift the pairs to a position of equality. Therefore Paul tells husbands to love their wives, “just as Christ loved the church and gave himself up for her" (Ephesians 5:25). If we understand the way in which Christ loves the church, then we can see Paul calling on husbands to take up a position of servanthood to their wives (Mark 10:45).  Husbands are not to lord it over their wives (as they would normally do), but instead love them fully, seeking to be servant. As a result, they would be putting themselves in a position of submitting to their wives.

What then is mutual submission? It is a principle that affirms that each person in a marriage relationship - or in any relationship -- is of equal value (1 Corinthians 7:4).  Mutual submission requires that a person not demand their full rights but recognize and value the rights of the other (1 Corinthians 7:3). It also means that decisions should be made together and whenever possible should be based on consensus (7:5).

Each couple must work out for themselves how this principle will be implemented.  Patricia Gundry comments that "we need to be able to share equally in all the ways we can, in work, responsibility, pleasure, and opportunity."[3]  She goes further to define what an egalitarian marriage might look like.

Differences don’t require subordination. They simply mean that we will accomplish our activities differently.  I’d use the word complement, but unfortunately this word has come to mean something less than equal. Since both male and female are created in the image of God (Genesis 1:27), the differences that exist between male and female are God-given and are designed for purpose of mutual enjoyment. In a marriage based on the principle of equal partnership, each spouse is encouraged to grow and develop his or her gifts and talents and abilities, not as a means of competition but as a complement to the other. No longer should we encourage women to bury their intellects, gifts, dreams, and talents so that she can attract a husband or not hurt his ego. Each partner should find fulfillment in encouraging the other to develop God-given gifts, and one spouse should not gain fulfillment at the expense of the other.

Mutual submission involves mutual responsibilities. Women cannot expect to be shielded from the need to make decisions or face the world with both its temptations and its opportunities.  Unless we accept the verdict that women are inferior to men, then we cannot adopt the position that women need to be protected from life's responsibilities.

The theme of equality, which is established by Paul in Galatians 3:28, continually arises in I Corinthians 7:1-7. The question that faces the reader of Paul concerns whether it is possible for him to teach equality at one point and then a strict subordinationism and hierarchy at another point? The conclusion that I draw here is that Paul affirms the principle of mutual submission.  He may not have understood all the implications of the principle but contemporary Christians can find sufficient support for the principle of mutual submission in these texts. If men and women are equal in the home, then we must assume that they are equal in the church.

It seems illogical to speak of human equality and then deny people access to certain opportunities simply because of their gender, race, or social class. This is not equality; rather it is sexism, racism, and classism. This type of discrimination should find no place in the church of Jesus Christ where all are one in Christ (Gal. 3:28). This principle does not rule out the need for leadership in the church but it does require that our determination of qualifications should be based on gifts, character, and call, not gender, race, or class. It would seem that the phrase marriage equality covers a number of realms of existence.