Jesus and the American Nightmare 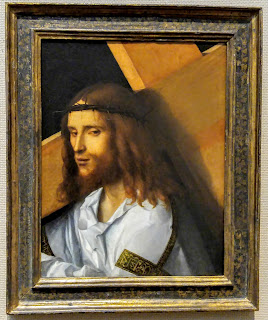 I grew up with the promise of the American Dream. Right now it seems as if we're in the middle of America's nightmare. It is important to remember that elections have consequences, and for whatever reason (and there are multiple reasons) Donald Trump has been inaugurated as the President of the United States. He received many votes from Christians, and again for various reasons. I will not denigrate those who voted for the man. That's not my calling. At the same time, it's important that we who are followers of Jesus take a moment of discernment. We need to figure out how to respond to what I have come to believe is a nightmare situation, in which the lives of so many are being affected negatively. One of the most blatant expressions is the travel ban placed on residents of seven Muslim majority nations.

With our present situation in mind, what are the implications of the President's actions, including his executive orders? It's only been ten days, but these first ten days give us hints as to what the future might look like.  What kind of nation is he envisioning, and does this vision square with American values and/or Christian values? As for me, my answer is that they don't square with either set of values. In this post I want to consider a response in light of a Christian set of values.

I don't believe that the United States is a Christian nation, but at least on paper we are a Christian-majority nation. If this is true, then we who are Christians need to ask theological questions of our political commitments and actions. We also need to remember that we may make decisions politically that don't always square with our spiritual values. No political party is completely committed to a Christian or even a religious set of values. That said, knowing the challenges, how does my faith in Jesus influence my political vision? How does it influence yours, if you are a Christian?

The President has suggested that he has the backs of Christians, at least some Christians. That has led to the suggestion that he has Christian convictions, even if they're not well expressed. But perhaps, he has another religious perspective that doesn't connect with Jesus' values.

The other day Christian ethicist Stanley Hauerwas wrote a provocative op ed published in the Washington Post. In that essay, Hauerwas insists that President Trump has a very strong religious vision, but it's not a Christian one.

Trump is quite pious and his religious convictions run dangerously deep. But his piety is not a reflection of a Christian faith. His piety is formed by his understanding of what makes America a country like no other.

Trump proclaimed Jan. 20, the day of his inauguration, a “National Day of Patriotic Devotion.” Patriotic devotion? Christians are devoted to God, not to any nation. Trump defended his call for a day of patriotic devotion by drawing attention to his other claim — taken on faith — that there are no greater people than American citizens. Faith in Trump’s view, though, requires belief in those things for which we have insufficient evidence.

If I hear Hauerwas correctly, he is suggesting that President Trump is expressing a nationalistic religious vision. It is a vision in which patriotism becomes not just loyalty to one's nation, but a religiously defined loyalty, in which ultimately America is god. Hauerwas calls this idolatry. It calls,  to use biblical language, Caesar lord, rather than Jesus. As a Christian, I seek to be a good citizen. I love the country in which I was born. I believe that I am patriotic, but at the end of the day -- Jesus is Lord, not Caesar. So my allegiance must be given to God, whose kingdom is coming, and is here at least in part (see my book Ultimate Allegiance). . With that said, it is, in my opinion, my responsibility to affirm the propriety of government, but also hold it accountable. As a Christian, I must hold it accountable with Jesus in mind. That doesn't mean imposing a Christian vision on society, but I need to be true to the values expressed by Jesus and the prophets!
Email Post
Labels: American Religion Christian America Donald Trump Jesus and Politics Lordship of Jesus Patriotism Stanley Hauerwas

Gary Bryson said…
Cornwall, How is it unchristian for Trump to try to keep people from coming to the US illegally, or to try to keep out those who might want to harm Americans?
8:09 AM

Robert Cornwall said…
It is one thing to control borders. It is another thing to treat people inhumanely, not considering their situation in life.
8:40 AM

Gary Bryson said…
What proof do you have that anyone is being treated "inhumanely" by Trump's orders? I don't think there is any actual proof of that. It's just your opinion.

You believe the US has an obligation to welcome anyone who wants to come here. Well, you are wrong. No such obligation exists. It isn't in the civil laws, and God does not require it either.
9:50 AM