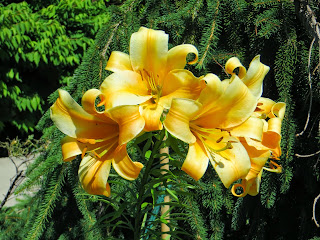 32 Now the whole group of those who believed were of one heart and soul, and no one claimed private ownership of any possessions, but everything they owned was held in common. 33 With great power the apostles gave their testimony to the resurrection of the Lord Jesus, and great grace was upon them all. 34 There was not a needy person among them, for as many as owned lands or houses sold them and brought the proceeds of what was sold. 35 They laid it at the apostles’ feet, and it was distributed to each as any had need. 36 There was a Levite, a native of Cyprus, Joseph, to whom the apostles gave the name Barnabas (which means “son of encouragement”). 37 He sold a field that belonged to him, then brought the money, and laid it at the apostles’ feet.

During the Easter season, the first reading in the Revised Common Lectionary comes from the Book of Acts (as opposed to the Hebrew Bible). As we move through this season of post resurrection visitations on the part of Jesus, we hear words about life in the early church. On this Sunday we hear a word about a community that has chosen to live the common life. When I was teaching a college class on the book of Acts years ago, I liked to tell the students, who were from a conservative Christian background, that this was evidence that the early Christians were communists—long before Karl Marx came around. I’m not sure they appreciated my making note of this, after all communism is a dirty word in some circles. but it was a good conversation starter.

Throughout the history of the church, there have been attempts to approximate this model of Christian life, but it never became the dominant form of Christian community. We don’t even know how long this form of community existed in Jerusalem. But, even if it did not last more than a year or two, what might we take from the message that they were all “of one heart and soul?” At one level there appears to have been a concern for the welfare of the entire Christian community. They shared equally of their resources so that no one was in need. Gustavo Gutierrez, who is one of the founders of Latin American Liberation Theology, writes in his seminal text that this act on the part of the Jerusalem church “was not a question of erecting poverty as an ideal, but rather seeing to it that there were no poor…. The meaning of the community of goods is clear: to eliminate poverty because of love of the poor person” [A Theology of Liberation, p. 301].

We’re told that the members of the community sold their property and brought the proceeds, laying them at the feet of the Apostles, who then distributed the goods among the people. One member in the community stood out as an exemplar, and that was Barnabas. Barnabas is an intriguing figure in the history of the church. We are told that he came from Cyprus and that he was by descent a Levite. Thus, he was of the priestly caste. He seems to have been a person of some means, as he is held out as an example of one who sold all so that the community might thrive (as opposed to Ananias and Sapphira in Acts 5). Barnabas will go on to become a leader in the church at Antioch, and a partner in ministry with Paul on Paul’s missionary journey. Luke likely mentions Barnabas and his example because he was known to the readers, at least by name and story.

One of the messages of this passage is that standing at the heart of the Gospel is compassion for the other. One of the attractions to the early Christian church was the welcome given to people on all socio-economic levels. It wasn’t always easy, as we discover when reading 1 Corinthians. Despite the challenges, the Christian community was one of the most economically diverse religious communities of its day. That commitment, which was always difficult to put into practice, helped spread the faith throughout the Roman Empire.

The reading for the second Sunday of Easter has a stewardship element to it, connecting as it does money to discipleship. Willie James Jennings, in his theological commentary on the Book of Acts, writes that “money matters are inescapable. They are at the heart of discipleship, but they are not the heart of discipleship.” Our relationship to money says a lot about us. There is no joy to be found in poverty, despite St. Francis of Assisi’s claims. At the same time, money doesn’t necessarily make a person happy (there a lot of unhappy rich people). People who give, however, tend to be happier people. So, there does seem to be a benefit of giving, even if we don’t sell everything and give it to the church (that’s not a stewardship message that will go over well). Back to the insight into this matter from Willie James Jennings: “Money here will be used to destroy what money normally is used to create: distance and boundaries between people. Distance and boundary is not merely between the haves and have-nots, but also between the needy and the comfortable, and between those who testify to Jesus and those who, like Jesus, help those with little or nothing” [Jennings, Acts, p. 50]. Ultimately, this is not only the story of giving, but as Jennings points out, it is about the joining together that comes because of these acts.

The message of community expressed here was not new, at least not to the Jewish community. The principles of sabbath and jubilee were strongly implanted within Judaism, even if these principles might not have been fully embraced or developed. The principle of Jubilee, with its plan of redistributing land back to the original owners after fifty years, was designed to prevent monopolies of land or money. Thus, this is part of an overarching theme of justice that marks the biblical story.

As we attend to this passage today, in an age of increasing gaps between rich and poor, between management and worker, what message do we hear? How is Jesus speaking to the church on matters of income inequality? We need not go as far as this community, but what is it that we hear in this reading? To put it differently, what does it mean to be a disciple of Jesus? For American Christians, who tend to grow up with an individualistic world view, what do we hear in this passage? Even if the model espoused here is not perfectly adaptable to our community, and may have been quickly abandoned, what does it mean for us to be “of one heart and soul?” How might we better exhibit God’s compassion for the poor in our own lives. It’s possible that some reading this are struggling financially, while others are blessed. How might this speak to both situations?

These are all important questions that for us are being raised in the shadow of Easter. So, the further question concerns the connection of resurrection to community, and how it is lived out in a world that often devalues human life. As Gutierrez prophetically writes: “The ‘poor’ person today is the oppressed one, the one marginated from society, the member of the proletariat struggling for his most basic rights; he is the exploited and plundered social class, the country struggling for its liberation” [A Theology of Liberation, p. 301]. What then is the message of resurrection in this context?