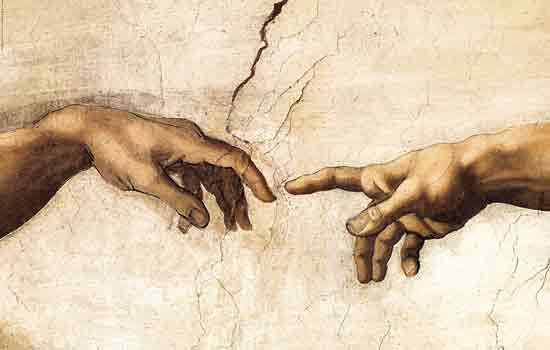 Last week in US District Court in Detroit, Judge Bernard Friedman opened a trial taking up the complaint of April DeBoer and Jayne Rowse, challenging Michigan's laws on marriage and adoption, under the Equal Protection Clause of the US Constitution.  The couple, both nurses,who are raising special needs children together, cannot adopt them as a couple because they are not married.  They cannot be legally married in Michigan, because of current law that limits marriage to a man and a woman (so-called Traditional Marriage).  They had originally gone to court to get the law on adoption changed, but the judge encouraged them to broaden it out and include the marriage law as well.

This case, and many like it across the nation, raises the question of what is marriage and what is family?  I am part of a "traditional family."  I've been married 30+ years and we have a child.  My story fits a vision that some have of marriage.  In his response to the complaint, the Michigan Attorney General, Bill Schuette, is arguing that the state has an obligation to provide for responsible procreation.

One of the paramount purposes of marriage in Michigan—and at least 37 other states that define marriage as a union between a man and a woman—is, and has always been, to regulate sexual relationships between men and women so that the unique procreative capacity of such relationships benefits rather than harms society.

I began the post with a verse from Genesis 2, which .  I believe this verse speaks to the current debate over marriage equality.  In this second creation story, God creates the man, and discovers that the man is lonely.  Not even fellowship with God is sufficient to relieve this sense of being alone.  So God begins look for a solution.  God creates the animals, but that doesn't resolve the loneliness.  So then God takes what may seem like drastic action.  God puts the man to sleep, cuts out a rib and fashions it into something the man recognizes as being "bone of his bone, flesh of his flesh."  Now, the man recognizes this being as "woman" and you know the rest of the story.  In the vast majority of cases, humans find their partner in a person of the opposite gender.  But is this the case for everyone?

As I have pondered the definition of marriage over the years, and watched it being experienced around me, I've come to some conclusions.
Over the years I've come to know more and more gay and lesbian couples. What I've discovered in my conversations with them is that they find their completion in a person of their gender. Many of them wish to live together in a recognized state of union that will affirm and support them. And some of them have taken on the responsibilities of parenthood.

I'm watching this play out in my own congregation.  Several years ago two men came to church, accompanied by a young boy.  It was clear that they were a couple and that this child was theirs.  They have been together for nearly twenty years (longer than most heterosexual marriages), and they chose to adopt this young boy who needed a home.  Unfortunately, under state law, only one of the partners can adopt, which means that if something happens to the adoptive parent, it falls to the state to decide the fate of this child.  Those of us who are parents in a traditional form of marriage would be aghast to see this happen to us, and yet here it is -- enshrined in state law.  This is true even though they have taken advantage of New York law to be married -- a marriage the Federal government recognizes, but the state of Michigan does not.

One of the charges made against same-gender couples adopting is that the children suffer from not having a parent of the opposite gender present.  If this is true, then why let single persons adopt?  But, while I agree that a child needs to be in the presence of persons of both genders in their maturation process, this little boy gets plenty of attention from women -- especially in the church.  There are no perfect family arrangements.  We all adapt our families to the situations we find ourselves in.  My parents divorced when I was in high school.  Because my father wasn't that great at providing support, and my mother had taken the traditional route of being a "stay-at-home mother," she found it difficult to provide for us.  That led to some difficult choices.  Many of you know what I'm talking about.

But back to Genesis 2.  If marriage is, as I believe, designed first and foremost to provide for a stable, long-term relationship between two people who are fit helpers or appropriate partners for each other.  As theologian William Stacy Johnson writes:

This implies something more than an "anatomically correct" sexual companion.  The one whom God supplies for the earth creature is a life-giving, nurturing, and sustaining presence.  [A Time to Embrace, , pp. 123-124].

This, I believe is the foundation for marriage.  If it is, then our current marriage laws are not only unconstitutional when they discriminate against same-gender couples, it is likely that these laws are unbiblical.