Karl Barth, the Bible, and Proof of God's Existence 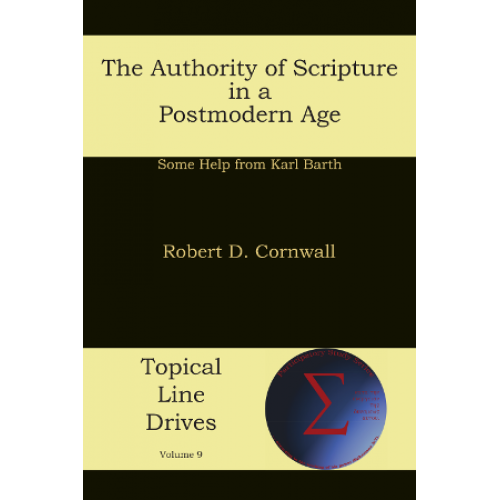 As I was doing some rewriting/editing of my soon to be published brief book/booklet -- The Authority of  Scripture in a Post-Modern Age: Some Help from Karl Barth (Energion Publications, forthcoming), I came across this statement from Barth's Dogmatics in Outline (Harper and Row, 1959) concerning the ability to prove God's existence.

No attempt is made in the Bible to define God – that is, to grasp God in our concepts. In the Bible God’s name is named, not as philosophers do it, as the name of a timeless Being, surpassing the world, alien and supreme, but as the name of the living, acting, working Subject who makes Himself known. The Bible tells the story of God; it narrates His deeds and the history of this God in he highest, as ti takes place on earth in the human sphere.  The Bible proclaims the significance and the importance of this working and acting, this story of God, and in this way it proves God's existence, describes His being and His nature. Knowledge of God in the sense of Holy Scripture and the Confession is knowledge of His existence, His life, His action, His revelation in His work.  And so the Bible is not a philosophical book, but a history book, the book of God's might acts, in which God becomes knowable to us. [Dogmatics in Outline,  p. 38].

For Barth, God doesn't need to be defended or made accountable to modern sensibilities.  God has acted in history, and we can see the testimony, and that is sufficient.  I find it instructive that the one time we see in Scripture an attempt to ground the message in philosophy (Acts 17), it falls flat.  Paul enters Athens and tries to argue on its terms, but he walks away without much to show for his efforts.  All we can do then, is tell the story and let God act on the hearts and minds of those who hear it.  That is not to say that to have faith is irrational or contrary to reason, it simply means, as Barth declares, God is "unprovable and unsearchable, but also inconceivable."  God is beyond our capacity to describe and define, but that doesn't mean that God is without a witness or a revelation.  For Barth, and for me, that revelation is Jesus the Christ.

Perhaps that's why I'm more attracted to history than to philosophy!