No Signs for You -- Sermon for Lent 2 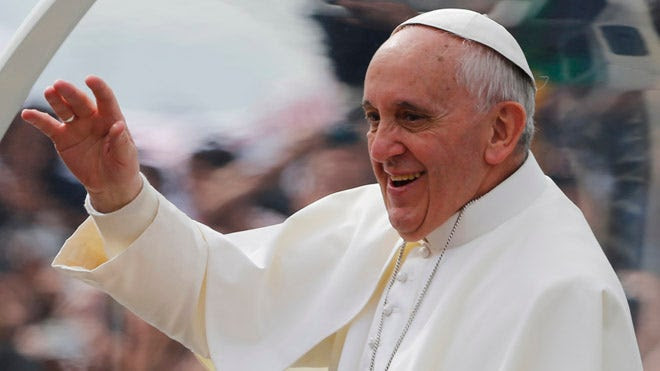 When I plan out my sermon schedule, I decide upon a text and then try to come up with a good title. Then, when I actually sit down to write the sermon, sometimes a few months later, the direction the sermon takes may have changed.  So, when I read this passage, a famous phrase from Seinfeld came to mind.  Remember the Soup Nazi?  He made great soup, but he was very particular about how you ordered the soup.  If you ruffled his feathers, he would say: “No soup for you!”

In reading this passage some months ago, I heard Jesus saying to the religious leaders in his audience, who came to him asking for a sign, “No signs for you.”  What I originally heard in this text was the demand that many make on people of faith to prove the existence of God.  That can be a very intellectual pursuit.  Theologians and philosophers from Anselm to Aquinas to Kant, have expended a lot of energy trying to prove that God exists.  And when they’re done, the God they offer us can be abstract and lifeless.  It’s hard to have a relationship with the “Ground of Being.”

In this case, the religious leaders weren’t demanding proof that God exists.  They wanted proof that Jesus spoke for God.  They wanted confirmation, which would include miraculous deeds like healings.  It’s not that Jesus didn’t offer them signs, they just weren’t satisfied with the ones he’d given them.   Since Matthew isn’t shy about offering up miracle stories, I can hear in this passage an impatient Jesus asking these inquisitors: “What more do you want?”  Only an evil generation keeps coming back wanting more evidence.  You have enough evidence, so make your choice – will it be God or not?

That is part of the story, but there’s more to it than that.  Jesus points us to two biblical stories. First, there’s Jonah and Nineveh.  Then there’s the story of the Queen of Sheba.  Jonah is the reluctant prophet who ends up in Nineveh, preaching to a people he despises, only to see them repent and follow God.  As for the Queen of Sheba, she comes to Solomon, seeking wisdom - a wisdom Solomon’s own sons reject.  Now, standing before them is a person greater than either Jonah or Solomon.  If Nineveh answered the call and the Queen of Sheba answered the call, why can’t they heed his voice?

Once again, we need to be careful in how we read this passage.  It’s very easy to read it in an anti-Jewish manner.  We can find ourselves blaming the Jews for not believing in Jesus, while Gentiles embraced him.  So, if we can steer clear of that kind of interpretation, this passage may have something important to say to us.

Last week we talked about self-examination.  That is an important part of our Lenten journey – looking inside, underneath the masks we all put on.  In this reading, we hear a question about our ability and willingness to hear the voice of God.  Can we, as Christians, become complacent and fail to heed the voice of God?  Or, are we looking for signs in the sky?

Jesus isn’t interested in engaging in “apologetics” – trying to prove God exists.  Arguing with the likes of Richard Dawkins isn’t a pressing concern.   While there still are plenty of “cultured despisers” out there, the more pressing concern today is whether the church has something valuable to say about God.

Rather than look to the philosophers, we might want to look at someone like Pope Francis.  He just celebrated the one year anniversary of his election to the papacy, and over the past year he has changed the face of the Catholic Church.  It doesn’t matter what your religion is – Francis has inspired people with his warmth, his compassion, his humanness.

There is a lot of concern in Christian circles about the decline of the church.  Increasing numbers of people, especially younger people, have either left the church or ignore it.  Most of the folks who fit into the category that survey-takers call “the Nones” don’t reject the idea of God’s existence.  Many of them are quite spiritual in orientation.  They just don’t see the value in religious institutions, especially ones that they think exclude people because of their ethnicity, their socioeconomic status, their gender, or their sexual orientation.

Forty years ago, church growth gurus declared that conservative churches were growing because they had very definite doctrines and expectations.  It is true, that many conservative churches grew by making very clear distinctions about what was true and what was false.  But, that’s changing.  It’s not that liberal churches are growing, but conservative ones have begun to see decline in their numbers, especially among people under forty.

Why are the churches experiencing decline?  Well, liberal churches fell into the trap of privatizing their faith so they wouldn’t offend anyone.  They embraced the idea that religion, like politics, isn’t appropriate in polite company.  Conservative Churches have begun to decline because their message no longer resonates.  Many people simply aren’t attracted to places that claim to have all the answers, deny scientific truths, limit the roles of women, and exclude people because of their sexual orientation.

One of the reasons why Pope Francis is so popular, especially among younger people, whether Catholic or not, is because he exudes a sense of openness to the world.  His decision to live in a monastery rather than the papal apartments, or his decision to wear ordinary shoes rather than red papal shoes are signs that he gets the concern about hypocrisy among Christians.

I recently finished reading a book by Ken Wilson entitled A Letter to My Congregation.

Ken is the pastor of the Vineyard Church in Ann Arbor.  What is important about this book, and Ken’s ministry, is that he has come to the conclusion that the church is called to fully embrace gay, lesbian, and transgender people.  What makes the book and the ministry somewhat unique is that he is an evangelical. He came to this understanding in large part due to his pastoral work, which led him to rethink his interpretation of scripture and beliefs about gay folk.  He began meeting with parents whose children are gay and lesbian, as well as gay and lesbian Christians.  They wanted to know – does God love me for who I am?  Besides the pastoral side of things, there was the missional element.  He realized that his congregation, though it did pretty well reaching out to younger people – it’s very contemporary in its worship – the congregation was aging.  He realized that in a place like Ann Arbor, having a policy that excluded people who are gays undermined the mission of the church.  Wilson concluded:

Causing an unnecessary disincentive to follow Christ is a serious offense, at least as serious as failing to uphold a moral good.  It would be easy to ignore or dismiss this concern if I didn’t think it had substantial merit. [A Letter to My Congregation, p. 50.]

The way the church treats LGBT people is only one issue among many.  There is also the issue of science and climate change.  There’s the place of the poor, the immigrant, and the disabled.

Years ago the movie The Elephant Man made a significant impression on me.  The movie tells the story of John Merrick.  Like many films this one takes considerable license, even changing Merrick’s name from Joseph to John.  One of the most compelling moments of the film came when Dr. Treves, who had come to examine this man who society saw as a freak and even a monster, overheard John reciting Psalm 23.  What made this remarkable was that Dr. Treves believed that John was so intellectually disabled that he couldn’t speak.  What was the message that I heard?  It was that a man whom society considered expendable and an object of disgust was in truth a man of great intelligence and compassion.  Therefore, I heard the message that we should always value people, no matter their intellectual capacity, their looks, or their ethnicity.  It would take me much longer before I could add sexual orientation to that list.

Although there are those who struggle with intellectual questions about the Christian faith, more often than not, the questions that inquirers have on their hearts and minds have more to do with our behavior.  As Stacey Simpson Duke, another Ann Arbor pastor, puts it: “We do not need more evidence; we are the evidence.”  It is “our regenerated lives” that “are the sign of Jonah: Christ crucified and raised” [Feasting on the Gospels--Matthew, Volume 1,  1:336].  Yes, that is the only sign we need!!
Email Post
Labels: Alternative Lectionary Apologetics Beyond the Lectionary Gospel of Matthew Jonah Ken Wilson Lent Missional outreach sermons Welcome