Words of Woe -- Sermon for the First Sunday of Lent 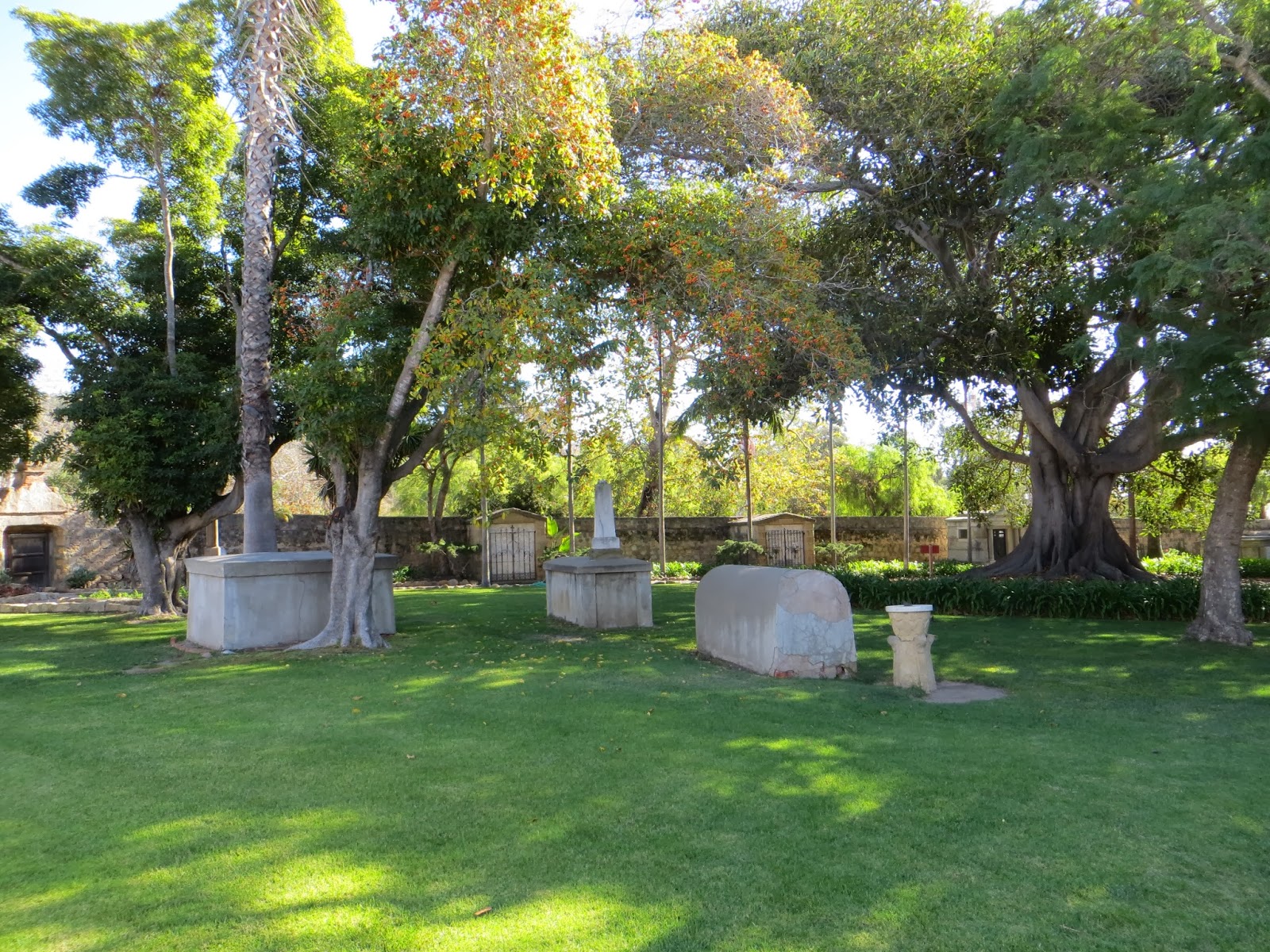 Can we find good news in words of woe?  If you’re a fan of a softer, gentler, smiling hippy Jesus who preaches peace and love – all the time – then you might be glad that the Revised Common Lectionary tends to skip over texts like Matthew 23.  But, as we begin our Lenten journey, I decided to turn once again to David Ackerman’s alternative lectionary, which invites us to consider some of the darker and heavier texts. The season of Lent is a good time to hear texts like this.  Lent invites us to consider the darker side of our lives. In Matthew 23, Jesus offers seven “words of woe,” two of which we’ve heard this morning.

This word of judgment comes after Jesus’ triumphal entry into Jerusalem.  The crowd that gathered around Jesus is excited.  They’re hoping Jesus will turn the tables on their oppressors – just like he turned the tables on the marketers in the Temple.  He’s already debated one group of religious leaders – the Sadducees.  Now he addresses a group of legal scholars and holiness preachers who’d come to take him on.   Jesus responds to their challenge with a seven-point sermon, in which each point begins: “Woe to you Scribes and Pharisees, Hypocrites.”   As I read this passage, a song from Godspell came to mind.  Maybe you remember it.  It’s entitled  “Alas for you.”


Alas alas for you Lawyers and pharisees
Hypocrites that you be
Searching for souls and fools to forsake them
You travel the land you scour the sea
After you've got your converts you make them
Twice as fit for hell! As you are yourselves!

According to Jesus, these religious leaders are like white washed tombs – pretty on the outside, but nothing more than a pile of rotting bones on the inside. It seems that they’re hoping they can cover the foulness of spiritual death that envelops them with monuments to the very prophets they murder.

Of course, if you read on from here, you will discover that Good Friday is only a few days in the future. Because they won’t own up to their own complicity in these earlier acts of violence, they will continue the tradition by murdering the one who is speaking to them.  The same can be said for us.  Jin S. Kim, the pastor of Church of All Nations in Minneapolis has written this helpful commentary on the seventh woe:

In America, for example, people are fond of saying “our Founding Fathers” when discussing the admirable parts of history, but quickly exempt themselves from the genocide of Native Americans and the chattel slavery of African Americans.  Brutality and inhumanity are also at the heart of our founding and history.  Real leaders, according to Jesus take collective responsibility for the good and the bad. [Feasting on the Gospels--Matthew, 2:222].

This is an important point, though we must be careful how we make use of it.  Pastor Kim is right – good leaders must take responsibility for the good and the bad, but Christians have a history of using passages like this to demonize and brutalize Jews.   So, keeping in mind the history of Christian interpretation of this passage, I’d like us to consider the meaning of the word hypocrite, which stands out in this barrage of woes.
I looked up the word “hypocrite,” in the Merriam-Webster’s Online Dictionary.  They offer two primary definitions.  First, a hypocrite is “a person who puts on a false appearance of virtue or religion.” Second, a hypocrite is  “a person who acts in contradiction to his or her stated beliefs or feelings.”  That is, a hypocrite is a person who isn’t authentic.  They hide their real identity behind false piety. Consider that the prophet Amos pronounced judgment on Israel, because “they sell the righteous for silver, and the needy for a pair of sandals -- they who trample the head of the poor into the dust of the earth, and push the afflicted out of the way” (Amos 2:6-7 NRSV).  Yes, they are pretty on the outside, but dead on the inside.

Do you remember the story of the “BTK” serial killer?  Over a period of nearly twenty years he tortured and murdered at least ten people.  He also served as president of his congregation and as a Cub Scout leader.  I don’t think any of you are serial killers, but how can we know for sure?
I can assure you that I’m not a serial killer, but as a religious leader I can identify with the Scribes and Pharisees.  People tend to expect religious leaders to be pious, so hypocrisy or inauthenticity is a professional hazard.  I know pastors who wouldn’t dare go to the grocery story without wearing a tie and jacket, because they might run into a member of the congregation. So, sometimes religious leaders feel like they have to put on a spiritual mask, because “being yourself” might not be acceptable.  I do try my best to be authentic, but I don’t reveal everything – not even on Facebook.
So what Word does God want us to hear from this passage of scripture?
Franciscan priest and author Richard Rohr offers a helpful word in his book Immortal Diamond.

He talks about the difference between the “true self” and the “false self.”  The “true self” has to do with the soul, which is “who you are in God and who God is in you” [p. 16].  This “true self” begins with our “divine DNA,” or inner destiny.  It’s what makes us who we are, and it’s a gift from God.  We don’t create it or earn it, but we must uncover it.
Unfortunately, we tend to take short cuts.  We don’t give our “true self” room to emerge and blossom. Instead we put on masks and present that face to the world, because we think that’s what those around us want to see.  So, when it comes to religion, we put a pious face.  That face, however, is our “false self.”
Now, we all have a “false self.”  It is, according to Richard Rohr, our “small self.”  It’s our “launching pad.”  It’s body image, job, education, clothes, money, car, sexual identity, and success – just to name a few.  “These are,” he writes, “the trappings of ego that we all use to get through an ordinary day?” (p. 28). The false self isn’t necessarily bad or evil; it’s just less than our real identity.

Now, I need to say that neither Richard Rohr nor Jesus are suggesting that we just let it all hang out. This isn’t permission to say to say whatever you want, whenever you want.  Remember Paul said that while “all things are lawful, but not all things are beneficial” (1 Corinthians 10:23).

Rohr wrote that the “false self” is our “launching pad.”  It’s where we start, but hopefully, as we mature in faith, though not necessarily in age, this false self will begin to die away. That is, as we grow in faith, we can put aside the mask of piety.  Paul said something similar about the veil that Moses used to cover his face.  He had originally used it because his face was so radiant it blinded people, but he kept it on long after it faded, because he was afraid they would think less of him (2 Corinthians 3:13).

This Lenten journey that we are embarking upon is an invitation to do a bit of self-examination.  In the seven woes, Jesus invites us to look behind the veil, so we can find our true self and let go of the false self.
Why should we do this?  At a time when growing numbers of people are either walking away from the church or just avoiding it all together – especially younger adults – one of the biggest complaints is that religious people – that’s us – are hypocrites.  Or, to put it a bit differently, people are looking for authenticity, and they don’t seem to be finding it among self-professed religious people – especially in the church. Now, it’s true that authenticity is difficult to nail down.  But, the question is – when people look at us, do they see God in our lives?  Do they see compassion, love, and grace, or do they see judgmentalism and self-righteousness?
The good news is that in Jesus, God has shown us grace, so that we might emerge from behind the veil and let the light that is Christ shine through us.
Email Post
Labels: Authentic faith Authenticity Beyond the Lectionary God's Presence Gospel of Matthew Hypocrisy Judgment Lent Piety Richard Rohr sermons Spiritual Death True Self