The Power of Relationships and the work of Justice 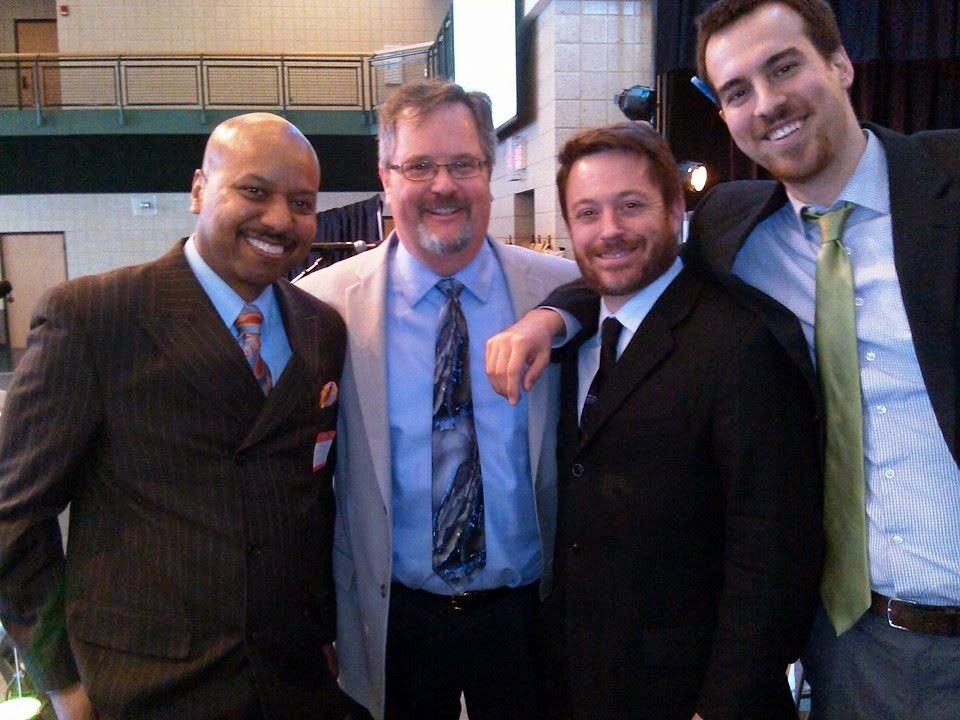 9 Two are better than one, because they have a good reward for their toil. 10 For if they fall, one will lift up the other; but woe to one who is alone and falls and does not have another to help. 11 Again, if two lie together, they keep warm; but how can one keep warm alone? 12 And though one might prevail against another, two will withstand one. A threefold cord is not quickly broken. [Ecclesiastes 4:9-12 (NRSV)].

For the past three years I have been actively engaged in the work of community organizing through the Metro Coalition of Congregations.  Yesterday we held our Spring Action Assembly, where we lifted up our current activity.    It was a good day, something we can build upon.

Our coalition remains small, but we have been at the center of a number of important social justice efforts in our local community and state.  We are, a faith-rooted organization, drawing our vision from the prophetic traditions, and our strength from the presence of God in our work.

As I reflect a day later, my thoughts go to the relationships that I've built over the past three years.  In the picture above, you will find me in the midst of three friends, with whom I have shared leadership of the organization.  I'm the one with the beard and the glasses.  The tall one to my left (Luke), was our founding organizer. Luke brought together a relatively diverse group of clergy, who brought in their congregations.  He was tasked with creating something that is difficult to do -- organize suburban congregations for advocacy.  It was his first organizing effort, but he grew as we grew in strength and vision.  Luke has moved on from being our organizer to serving as the Harriet Tubman Center's statewide organizer, but I have come to value and respect his wisdom and tenacity.

The guy to my right, John, is a fellow Disciple pastor.  I've known John since I arrived in Michigan.  He preached at my installation.  We were friends before we got involved in MCC, but our friendship has deepened as a result.

The guy to my immediate left -- Ben -- has become a dear friend.  He's a Lutheran pastor in the next county over.  Had it not been for Luke and the MCC, I would never have met him.  Ben and I are the last of the original gathering that became the MCC.  He was the first President, and I became his successor last year. John has served with both of us as Vice President.  As I write this mediation, I do so with some bitter-sweetness.  Yesterday John and I had the opportunity to bless and commission Ben to his new calling in Minnesota.  He will be taking on a new congregation and engaging in the work of organizing in his new community.  I rejoice in his new opportunity and pray God's blessings, on it, though I will surely miss my friend, my brother.

I chose the reading from Ecclesiastes 4 as an epigraph for this mediation.  It speaks of the importance of relationships.  When one falls, it is good to have another beside you.  As a pastor, I need friends and colleagues whom I can trust, and who will trust me.  John and Ben have been this for me, and I for them. Indeed, they are not only colleagues, they are brothers.

The writer of Ecclesiastes declares that a "three-fold cord is not easily broken."   The work we engage in -- as people of God -- cannot be done alone.  This is especially true of clergy.  We are often placed in situations where we can find ourselves alone.  Fortunately this needn't be necessary.  What better place to find those brothers and sisters who will walk with you than in the work of justice.

I give thanks to God for my three brothers -- two who are clergy, and one who has a knack for recruiting and bringing together clergy to do good work.  I believe the Spirit has been working through him and will continue to do so!