The Table and Hospitality 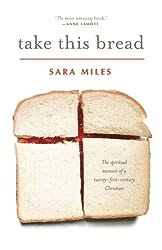 For some reason the sharing of food connects people. When we gather together food is likely involved, even if it's only a cup of coffee. That can, of course, be a problem in a country where obesity is a major health issue, and where many of us are overweight (most especially church people and their pastors).

Not withstanding the dangers of over-indulging, in many societies, ancient and modern, it is expected that the host will share their best with the stranger. If you've ever watched Andrew Zimmern's Bizarre Foods, you will have a sense of what this might mean. Andrew is willing to try anything, so he's a good guest! But wherever he goes even the poorest of the poor will put on a meal for him.

The impulse to share food is basic and ancient, and it's no wonder the old stories teach that what you give to a stranger, you give to God. When I first read about the Prophet Elijah— who was fed in the desert by ravens and in the village of Zarephath by a starving widow— I suddenly got a picture of that story, repeated over and over, tumbling down through thousands of years, repeating at every turn: That's like the time we found fruit in the forest. That's like the woman who made me tea in the town. The fact is, people feed one another constantly from their own bodies, their own plates, their own inadequate stores of insufficient food. Food is what people have in common, and it is, precisely, common. [Miles, Sara (2008-11-19). Take This Bread: A Radical Conversion

In my own attempts at constructing a theology of the Open Table that is at the same time faithful to tradition and welcoming to all, knowing that the Table has the power to convert, it is good to remember that when gather at the Lord's Table, Jesus is the host. As host, Jesus is offering his best -- himself -- in the emblems of bread and wine. To pick up on something that Sara Miles points out "people feed one another constantly from their own bodies, their own plates, their own inadequate stores of insufficient food." Jesus' food is sufficient, let us therefore keep the feast!
Email Post
Labels: Eucharist Food hospitality Open Table Reflection Sara Miles