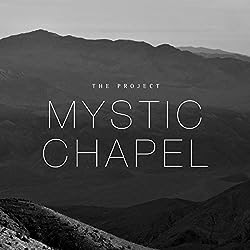 Music is always in the ear of the beholder. It can be generational as well. What appeals to me as someone in his 50s might be different than someone who is in their 80s or 20s. When it comes to religiously oriented music, that adds in another layer of interpretation. There are often theological concerns to be taken into consideration. Thus, offering a review of an album is very different from that of a book.

Having been approached by Michael Glen Bell, one of the two artists comprising The Project, I agreed to take up the task. I found the album on Spotify and began listening to it. I took a look at the lyrics. What if found was an album that has a bit of the electronic and a bit of the acoustic to it. I hear a bit of Jars of Clay in the album, though I can also hear a bit of Phil Keaggy and John Michael Talbot, all Christian singers and groups that I have enjoyed over the years. The theology expressed in the lyrics is evangelical, but not overly conservative. The title of the album is indicative, for the most part, of the intent of the artists. They want to encourage a sense of mystery and an attitude of worship. With music it is best to listen for yourself.


As noted, Mystic Chapel is the product of a duo who call themselves The Project. Michael Glen Bell is a guitarist in the mold of David Crosby (his self-description). Besides being a musician he is a seminary graduate and former campus minister at the University of Iowa. His partner in this music ministry is Duane W. H. Arnold, who besides being a musician has a Ph.D. in church history and has written about Athanasius and Francis of Assisi.  He is ordained as a priest in the Anglican Communion, which I take to mean Anglican but not Episcopalian.  Thus, the two musicians have a theological sophistication that is not true of all Christian musicians. Besides that, an earlier album, titled Martyrs Prayers, features a song titled "Romero," which is an "unofficial anthem" supporting the beatification of Archbishop Oscar Romero.

To give you a taste of the message of the group I share the lyrics of the song "Holy Father."

I know thou art in heaven
The name above all names
A kingdom here among us
Oh let thy will remain.

I invite you to check out the album. If you click on the picture of the album cover that will take you to Amazon, where you can sample the album and download if you choose. or go to The Project website for more options and information.  I enjoyed the eclectic nature of the music, and the message, while more traditional is still inviting into the mystery of God.