An Urgent Question for Us All (By Steve Kindle) 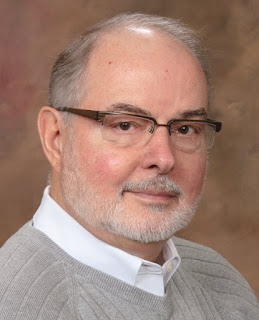 From time to time I share posts written by friends. One such friend is Steve Kindle, a Disciples minister, like me. Quite a number of years back, he and his wife Diane joined the church I was serving in Santa Barbara. He assisted me in that ministry, and by his own admission got me in trouble with the church. But the cause was just, so that is okay. This is a piece that Steve has written concerning the concept of the Imago Dei (Image of God). It is written from the perspective of Progressive Christian theology. If you click on the link you can go to his page, where you can sign up to receive more information from Steve. You can also leave your comments here as well.

An Urgent Question for Us All
by Steve Kindle
www.patreon.com/revkindle

Has the biblical idea of humans being created in the image of God (Imago Dei) outlived its usefulness? Even though it is one of the most cherished of the biblical teachings, it is not well understood or, worse, not taken much into consideration when dealing with one another.

Unfortunately, there is no consensus among theologians, whether Jewish, Christian, or Muslim, as to what is meant by “the image of God.”  In strictly non-theological terms, the meaning of the image of God for most non-specialists, is that, somehow, humans share a God-like quality, even if they, or the experts, can’t agree on what it is. Many would say it separates us from the other animals and makes us special. Today, we would likely not say it’s okay to own a human, but it is perfectly fine to own an animal and put it to whatever use we want.

One would think that if a person truly believed that another was created in God’s image (whatever that means to that person) the idea of taking that person’s life would be unimaginable. Nor would we expect one to abuse or oppress another. But murder and oppression constantly happen. It’s justified in war, in business, in marriage, even in the church. In defense of the unborn we will even take the lives of abortion doctors.

Perhaps the leaders in the church haven’t emphasized it enough. I don’t ever remember hearing a sermon on Imago Dei and only preached on it tangentially myself. In a cursory look at a seminary library’s resources, one would have to search the online periodicals for help, as the shelves had little on it. Subjects treated lightly are often received lightly as well.

So, we give lip service to the biblical teaching that humans bear the image of God. This, to the detriment of humanity across the world. Nothing illustrates this better than a scene from the movie, The Mission. Christian (Roman Catholic) soldiers, having just had communion are climbing up a mountain to kill a village of Christian (Roman Catholic) Indians who are celebrating communion. This isn’t far removed from Protestant Irish and Roman Catholic Irish killing one another, or Jews and Muslims who both maintain Imago Dei and continue to kill one another. We could go on and on. The point is, this doctrine has little to do with how we treat one another in the main. The question is what to do about it. How can we raise the value of Imago Dei to the level where it is taken seriously at least by Christians?

The consequences for good would be enormous. It would immediately raise the level of value placed on every human life. Inhumane conditions would be drastically reduced. Slavery of every kind including “sex slaves” would be impacted. Women would be treated with dignity and their value found in themselves, not in their sexuality. Everyday transactions between people would be conducted among equals with no intention to defraud or coerce. And so much more. The fact that our world doesn’t work this way is evidence of the broad failure of the church to inculcate the meaning of Imago Dei.

Resources at our disposal include the very obvious teaching of Genesis 1 that humans, male and female, are created “in the image of God.” One could surmise from Genesis 3-6 that the failure to understand and act on this teaching led to the near total destruction of humanity for being irredeemably evil. There is not much more in the First Testament to help us here. The proscription against taking a life includes legitimately taking the life of the murderer. So, one, presumably should not take a life because it was made in the image of God, but if done, the murderer who was also made in the image of God must lose his or her life. This seems to me to weaken the value of Imago Dei.

In the New Testament, Luke’s genealogy takes us all back to one parent, making us all kin (useful even if we take it metaphorically). Jesus, of course, models the love of all even the willingness to die for all. He also lifted up those who society oppressed as worthy of love and care. Paul’s understanding of the Body of Christ embodies this ethic. It is an egalitarian society where when “one suffers, all suffer.” Where everyone lives for the well-being of the others. Observing our congregations today reveals that we are far from implementing such a way of life. He also noted agreement with a certain Greek poet that it is in God whom we all “live and move and have our being.”

There are many obstacles to overcome in order to achieve this ideal. The western romantic notion of the “rugged individual” who “pulls himself (sic) up by his own bootstraps,” stands in the way of realizing how much we need each other, and others need us. The capitalistic understanding that people are competitors for scarce resources makes us hoarders, not sharers. The very existence of Nation States who look out only for their “national interests” make all others, if not enemies, at least potential enemies. Citizens/subjects of these States are taught to act accordingly, going to war if necessary. “Make America great again,” means for many, at the expense of all other nations.

My question to you is: Where do we begin to reverse this millenniums-long departure from honoring the image of God in all humans? What resources can we bring to bear to instill this ethic? Where do we start? I have my own sense of where to begin, but I want to hear from you before I submit a proposal. I look forward to your comments.

The Rev. Steve Kindle is an ordained Disciples of Christ minister with an M.Div. from Harding School of Theology. He has long been an activist in support of LGBTQ inclusion in church and society. He is now the founder and president of a website in support of Progressive Christianity -- Faith on the Edge.