All Things Belong to God - A Reflection from 1 Corinthians 3 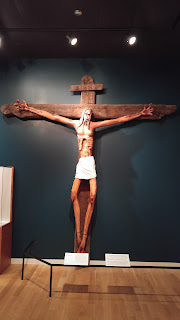 I am in the midst of a series of bible studies focused on Paul's first letter to the Corinthian church. I have long been fascinated by this book and its message. I appreciate in great measure its reminder that the church has always had its struggles, many of which are products of the context in which the church finds itself. The Corinthians church, at the time of Paul's writing of this letter, was relatively young. If Paul wrote to them in the year 54 CE or there abouts, and had arrived in the city in around 50 or 51 CE, they were still learning what it meant to be a community of faith. While that might be true, many of the issues facing them continue to face us.

In the opening chapters Paul addresses the claims of having wisdom, which appears to derive from the surrounding culture. The invitation Paul gives to them is to break from of their cultural captivity, and embrace the counter-cultural nature of the Gospel. We hear a lot these days about the church needing to become counter-cultural, though I'm not sure we know how to get there. That said, maybe we have something to learn here.

In the final verses of chapter 3 of 1 Corinthians Paul continues his confrontation with the ongoing factionalism in the church at Corinth. There were those who aligned themselves with Paul, while others aligned themselves with Apollos. Paul has made it clear in the preceding verses that he and Apollos are on the same team. Paul planted, while Apollos watered. Ultimately everything depends on God. Therefore there is no reason to boast in one's leaders or to divide up on this basis. Neither Paul nor Apollos is anything. While they can claim to have everything, whether Paul, Apollos, or Cephas, along with the world, the present and the future, none of this really matters in the long run. That is because everything stands in relationship to Jesus. They belong not to Paul or Apollos or Cephas. They belong to Christ. So there is no need to boast in one's leaders.

As a pastor, it always feels good to be acknowledged and appreciated. There is a temptation to compare ourselves with others. It is true that there have always been what we might call cults of personality. But in the end, none of this matters. It doesn't matter whether you have a best-selling book or a top rated TV program. All that matters is Jesus, for all things belong to him, and he, Paul tells us belongs to God. So I appreciate this word from Charles Campbell in his commentary on 1 Corinthians n the Belief series:

“As he does throughout his opening theological vision, Paul proclaims that God is the central player; God is the primary actor on the stage—not the leaders, not the Corinthians, not even Paul himself. The wise in God’s temple are not those who possess everything but those who recognize that they belong to Christ. All other claims are subordinate to this one. Belonging to Christ, belonging to God, the Corinthians and their leaders have no cause for boasting.” [1 Corinthians: Belief, pp. 72-73.]