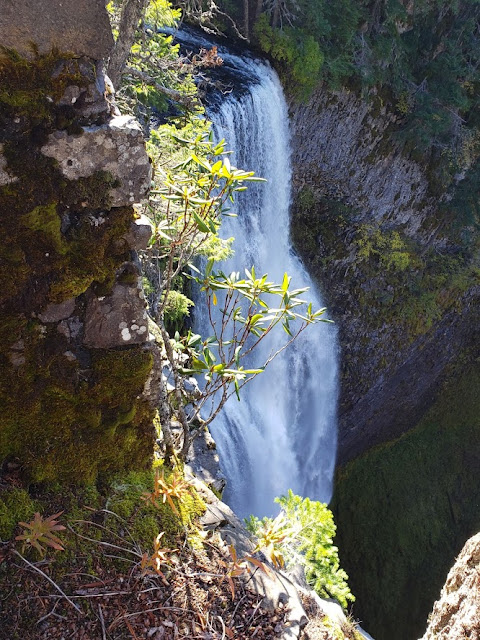 1 Paul, a servant of Jesus Christ, called to be an apostle, set apart for the gospel of God, 2 which he promised beforehand through his prophets in the holy scriptures, 3 the gospel concerning his Son, who was descended from David according to the flesh 4 and was declared to be Son of God with power according to the spirit of holiness by resurrection from the dead, Jesus Christ our Lord, 5 through whom we have received grace and apostleship to bring about the obedience of faith among all the Gentiles for the sake of his name, 6 including yourselves who are called to belong to Jesus Christ,

7 To all God’s beloved in Rome, who are called to be saints:

Grace to you and peace from God our Father and the Lord Jesus Christ.

It’s always good to introduce yourself to new communities, especially if you’re a missionary heading to a community that already has a church. The community you’re going to might want to know what you want from them. The community you plan to visit might have heard of you, but it’s always good to introduce yourself instead of relying on the word of others. Knowing what we know about Paul, it’s quite possible that his reputation in the Roman congregations might have been mixed. Many think of Paul’s Letter to Romans as being his magnum opus. It is also quite theological, probably because he wants to make his positions on matters of concern clear. Maybe he’s heard there are questions about his theology.

We hear this opening passage of Paul’s Roman letter on the Fourth Sunday of Advent. It’s good to remember that this is only an introductory word, with much more to come. What we have before us is Paul’s introduction of himself and of his mission, as well as a word of grace and peace to the community that is rooted in God the Father and Jesus the Lord. What he does here is to remind people not only who he is, but who he represents. He identifies himself with Jesus Christ, whom he serves as an apostle, having been entrusted with bringing to the Gentiles the Gospel that had been promised through the prophets in the form of Scripture and then through the Son. This Son descended from David according to the flesh but was declared to be the Son of God through the Resurrection. Paul has staked his life and ministry in bearing witness as an apostle to Jesus the Christ, who is both a descendant of David and Son of God. Of course, if we read further, he has more to say on these matters. But this is a good place to start.

Again, we hear this word from Paul on the Fourth Sunday of Advent. Christmas is close at hand. The excitement is building. We’re ready for the big day. Our patience with Advent might be growing thin. We do get to light the Love candle but isn’t it time to get on with the show? Well, the readings for the fourth Sunday, both here in Romans and in Matthew 1, give us a foretaste of Christmas. In the reading from Matthew 1, it is revealed that the birth of Jesus the Messiah went something like this—Mary was engaged to Joseph when she discovered she was pregnant with a child from the Holy Spirit (Matthew doesn’t give us details here). Joseph has some concerns, but an angel appears to reassure him that this is all from God. In fact, this child will save his people from their sins and is to be called Emmanuel, as promised by the prophet (Is. 7:14). The meaning of this name Emmanuel is “God is with us” (Mt. 1:18-25). The Gospel reading is very Christmassy, but what about Romans 1? What does it have to say about either Advent (do you see anything about the coming of the Lord?) or the birth of Jesus, except for the cryptic word about descent from David? Yet, while Paul doesn’t offer details he does speak of Jesus as the Son of God, much like the angel describes in Matthew 1. There is something about Jesus the Christ, the Son of God, that reveals the presence of God.

So, what is the Word that we are to hear at this moment in time? When I decided on this passage as the foundation for my sermon for the week back in August, the word that stood out to me is the final sentence of the passage. There in verse 6, Paul speaks of those who are “called to belong to Jesus Christ.” I plan on asking the question: “To whom do you belong?” That is an important question, especially at this moment in time when we who are Christians face the reality that there are those who claim to be followers of Jesus, but who have some rather disturbing views on many issues of our day. That is a pathway worth exploring, but since I plan to do that in my sermon, I will explore some of the other elements here in this introductory statement.

The theological elements are intriguing. Being a trinitarian, I’m always on the lookout for passages of Scripture that at least hint at revealing something that is trinitarian in nature.  There isn’t a full trinitarian formula here, but there are elements that are suggestive. In fact, the focus here is Christological. We hear something about humanity but also possible divinity. Thinking theologically about this word of introduction, I find the connection between Jesus’ descent from David according to the flesh and the declaration that he is Son of God through the resurrection intriguing. It appeals to my trinitarian instincts, though it can be read as a form of adoptionist Christology. There is not a word here about the pre-existent Logos (Jn 1:1-14). There isn’t even a word about Jesus’ baptism being the moment of recognition as in Mark. Instead, it’s the resurrection that reveals Jesus to be the Son of God.

As I often do in moments like this when it comes to Romans, I turn to Karl Barth for help. In his commentary on Romans, he takes note of the two declarations. One regarding his descent from David and the other his revelation as Son of God through the resurrection. Barth speaks of two planes intersecting—the known and the unknown—in Jesus of Nazareth, who is descended from David according to the flesh. “The name Jesus defines an historical occurrence and marks the point where the unknown world cuts the known word.” He speaks of the years 1-30, as an “era of revelation and disclosure; the era which, as is shown by the reference to David, sets forth the new and strange and divine definition of all time” (The Epistle to the Romans, p. 29). In Jesus, as I read Barth’s reading of Paul, the divine intersects with the earthly. But there is more to this story. This is a disclosure that can happen at any point in time. What makes this point in time important is that Jesus “has been declared to be the Son of God.” Here lies, Barth writes, the “true significance of Jesus,” that he is the Christ, the Messiah, the end of history. He goes on to suggest that “as Christ, Jesus is the plane which lies beyond our comprehension. The plane which is known to us, He intersects vertically, from above” (pp. 29-30). Barth recognizes that this declaration is beyond history. It is something we receive by faith. But it is the declaration that Jesus is Son of God that makes all of this worth considering.

We can read this passage as suggesting that Jesus became Son of God in the resurrection. That is, the resurrection transformed him from human (descending according to the flesh) into something beyond human. On the other hand, we could read this as others have down through the ages as signaling that Christ’s full identity is revealed in the resurrection. That is the way I read it. When we consider the identity of Jesus as the Christ, it is good to remember that Paul says little about the life and teachings of Jesus. He is focused on the cross and resurrection. He doesn’t say much, if anything, about the birth, except to remind us here of Jesus’ descent from David according to the flesh. This is a witness to Jesus’ humanity, but not much else is said. Therefore, it’s not surprising then that the Creeds give such little attention to the life and ministry of Jesus. We might want more, and the Gospels give us more, but this is all that Paul is ready to reveal.

The question for us, as we bring the Advent season to a close and prepare for those last few steps toward Christmas concerns the identity of the one who is coming into our midst. The answer is that he is the Son of God. As we encounter him, we encounter God’s presence (as we read in Matthew 1).