We're In This Together -- Reflections on the Detroit Bankruptcy 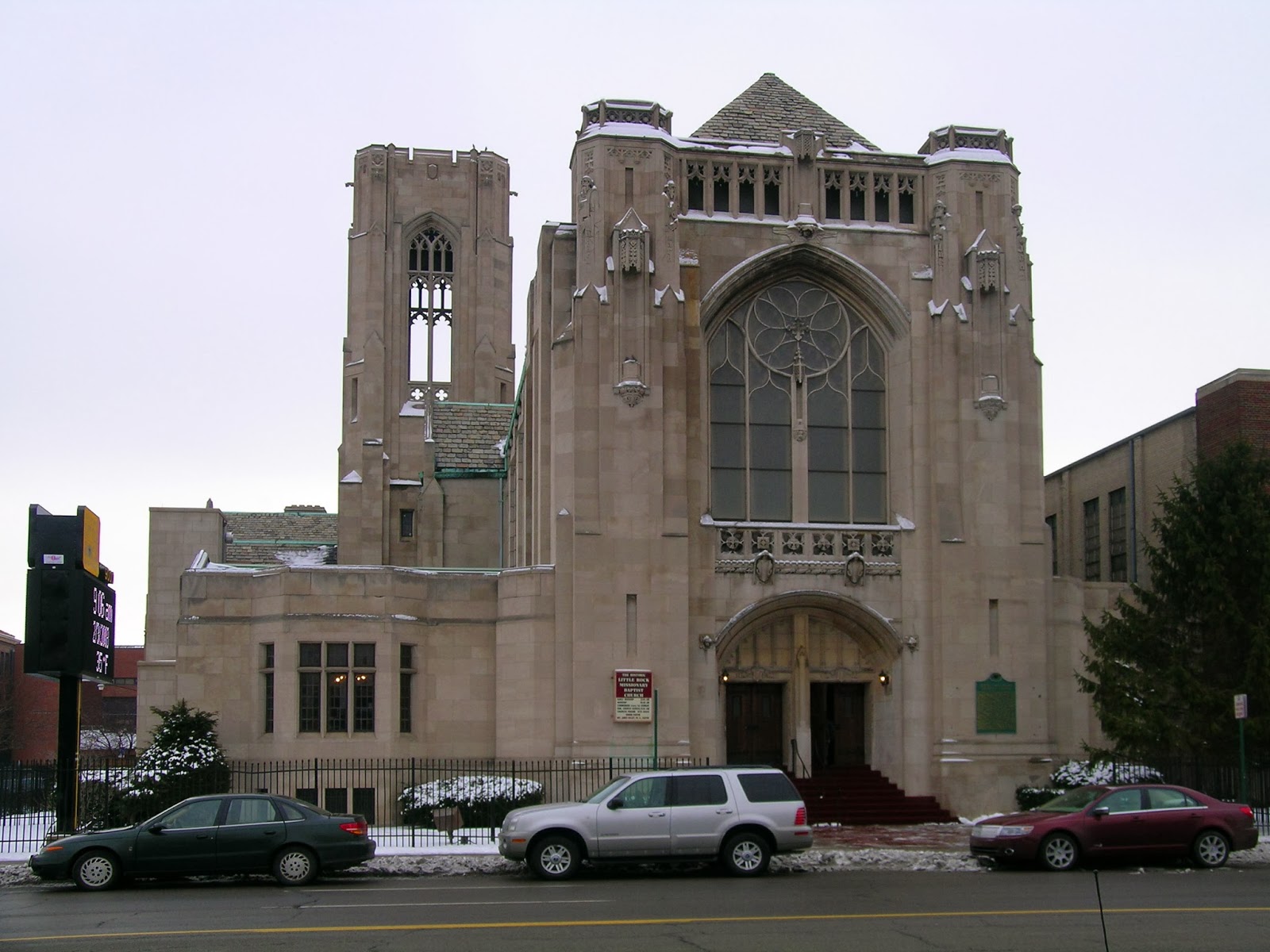 The judge’s ruling is in.  Detroit has the right to proceed with bankruptcy.  I’ve been thinking for some time about the city of Detroit and its future.  I’ve lived in Metro-Detroit for five and a half years.  I serve as pastor of a suburban congregation (here in Troy) that moved out from its original location on Woodard Avenue in Detroit in the late 1970s.  When I came to this community I didn’t completely understand the realities of the region.  I didn’t know of the great divide that exists between city and suburbs.  In the years since I’ve begun to get a better idea of these realities.
I often hear suburbanites speak disparagingly about the city and its residents, and that attitude is reflected across the country.  Detroit is seen as reprobate and beyond redemption.   This is seen in the rise of “Ruin Porn” – pictures of derelict buildings and urban blight.   People come to Detroit to see the ruins, like they might ancient Roman sites.   It is as if the city is no longer inhabited, or its citizens no longer have value.
This attitude toward the city has stymied efforts at connecting city and suburb.  We’ve seen this in the resistance to regional transportation systems.  Metro-Detroit is one of the few urban regions that lacks a coherent transit system.  There is, finally, a Regional Transit Authority, but will this body have the courage to pursue the development of a system that will allow residents of Detroit to safely get to jobs and to school both in the city and the suburbs, and will allow suburbanites to go into the city.  We know that young adults desire to live in the City and prefer public transportation to driving cars.  We see this in Chicago, New York, San Francisco, Portland, to name but a few.
Over the past several years I’ve had the opportunity to engage in efforts to change the climate of our region by building relationships between the city and its surroundings.  To give a few examples:   I serve as President of the Metro Coalition of Congregations, which is an effort to organize suburban congregations to pursue public policy that benefits the people.  One of our efforts has been pushing for a regional transit system, as well as working to end gun violence.  I’m also involved two related efforts that bring mission teams from outside the area into Detroit to work side by side with the residents of Detroit to improve their properties and their lives.  These organizations are known as Motown Mission (a United Methodist effort) and Gospel in Action Detroit (a Disciples of Christ effort).  These are but a few of the many organizations and projects that are seeking to build bridges across cultural and economic lines in pursuit of the common good.
Perhaps it is because my congregation has its roots in the city that I’m drawn to these efforts.  I would say that God has placed upon my heart a burden for the city of Detroit.  I am greatly concerned about its future.  I am hopeful that bankruptcy will give the city an opportunity to start a new.  I’m concerned about the fate of the pensioners and the city’s cultural treasures.  I’m also concerned about the safety of the residents, who face great odds.  I’m concerned about the educational opportunities of the children of the city.  With debt crushing the city, the needs of the residents have taken second place to servicing those debts.  I don’t have a magic bullet to resolve the situation, but I do believe that if we are all willing to work together, across the borders between city and suburb we can find solutions.  And as we contemplate the situation our region itself in, it would be good to remember that this isn’t of recent vintage.  The depopulating of Detroit began in the 1950s, as white flight began to take hold.
Reinhold Niebuhr, one of America’s great theologians and ethicists, served as pastor of Bethel Evangelical Church in Detroit from 1915 to 1928.  He wrote a book that shared his observations of ministry in the city of Detroit.  I recently read this small but powerful book as part of my sabbatical experience.  Niebuhr revealed the racial and economic divide that plagued the city in the 1920s, a divide that continued on over the decades.  I find this statement provocative and helpful as we look forward into the future.

A city which is built around a productive process and which gives only casual thought and incidental attention to its human problems is really a kind of hell.  Thousands in this town are really living in torment while the rest of us eat, drink and make merry.  What a civilization!  (Niebuhr, Leaves From The Note Book Of A Tamed Cynic, kindle ed.).

Heeding this word from Niebuhr, I would ask my neighbors both inside the city and outside, here in metro-Detroit and beyond, to consider the fate of our cities.  Detroit faces seemingly insurmountable odds, but I’ve also learned that the people of Detroit, the remnant that has stayed, are resilient.  The way forward will be difficult.  There will be pressures to tear down the city to pay creditors.  The concerns and the needs of the residents could easily become lost in the scuffle.  For them, life will be a “kind of hell,” while the rest of us try to “eat, drink and make merry.”  This is an understandable choice, but I prayerfully submit that it is not a choice that people of faith can choose.
My faith tradition calls on me to love my neighbor as I love myself.  To love is to intentionally pursue the well-being of the other.  If this is true, then we are all in this together.  Therefore, would you join me in prayer for the city and in efforts to build bridges of relationship that can bring hope to all.