The Realm of God Draws Near -- Sermon for Lent 1B 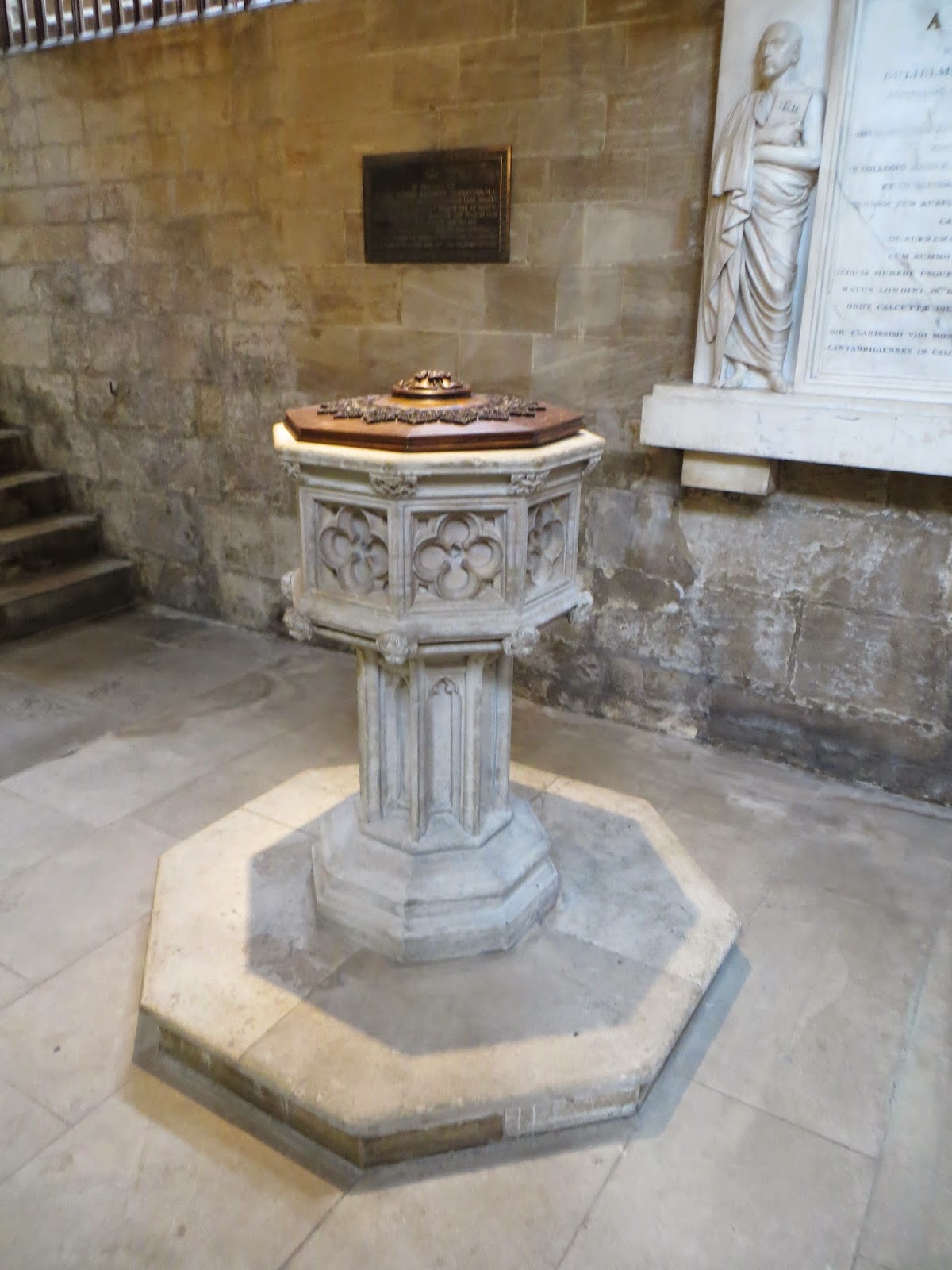 
Each Sunday we pray: “Thy kingdom come, thy will be done, on earth as it is in heaven.”  What does this request of God mean? What is this heavenly reality that we seek to experience here on earth?

After his baptism and sojourn in the wilderness, Jesus went into Galilee preaching the good news that God’s realm was near at hand? What does Jesus’ preaching mission have to do with you and me? How is this good news?

On the first Sunday of Lent, the lectionary readings from the Gospels focus on Jesus’ sojourn in the wilderness where he faced a time of testing before he began his public ministry. While Matthew and Luke are a bit more expansive than Mark, they all tell us that Jesus experienced what some would call an ordeal. In many cultures young people go through some kind of rite of passage. It might simply be a ceremony, like confirmation or baptism, or it might be something more demanding, like going out in the wilderness and facing down a lion. When you return home, you have moved from childhood to adulthood. Now, I’m not saying that these two are completely parallel rites of passage, but the wilderness sojourn reinforced Jesus’ call to ministry that was issued in his baptism.

Mark offers us a brief outline of Jesus’ movement from call to ministry to the beginning of his ministry. In baptism he received his call and his anointing. In the desert, he received his orientation.  When he came back to Galilee, he was ready to take up his calling.

So, what is going on here? And, what does it have to do with us? It would seem that Jesus goes through what we might call a time of identity formation. He goes down from Nazareth to the river to pray, and receive the baptism of John. Mark doesn’t tell us why he did this, just that it happened. In fact, Mark doesn’t tell us anything about Jesus’ life before this moment in time.  He just shows up out of nowhere, gets baptized by John, has a vision where he sees the heavens being torn apart, the Spirit descending on him like a dove, and then he hears a voice declaring: “You are my Son, the Beloved, with you I am well pleased.”  It doesn’t appear from Mark’s account that anyone else saw or heard this – not even John the Baptist. It was a private word, not a public one, much like the calls to ministry others have had down through the ages. This moment doesn’t last long, because the same Spirit who fell upon Jesus “drove him out into the wilderness.”  This is all happening rather fast.  Jesus is baptized, ordained, and then sent into the desert for orientation.  For the next forty days, Jesus lives in the desert accompanied by wild beasts and the angels of God. He also has to face the testing given by Satan. Mark doesn’t give details, but Jesus comes out of the desert ready to preach the Gospel.

So what happened out there in the desert? Throughout time people have gone out into the desert to sort things out.  One of the best expressions of this is the forty years of wandering in the desert by the Hebrew people. They had heard their call to liberation, went through the waters of the sea and into the desert, where they spent the next forty years wandering around, being tested and being transformed, so they could take possession of the land.

Theologian Marilyn McCord Adams writes that when we receive our divine vocation this is both “dangerous and amazing.”

Unless we are willing to let old identities dissolve and allow ourselves to be reshaped into crucifixion-resurrection disciples, our sense of divine vocation is fraught with demonic potential. [Feasting on the Word: Year B, Vol. 2, 48].

Jesus heard the call, and had to make choices about who he was and how he would live out his call to ministry. It was in the wilderness that his old identity dissolved and a new identity was formed. During the time in the desert he learned what it meant for him to be “God’s Son, the Beloved.” He also discovered the message of the kingdom, which he was called to preach.
If Marilyn McCord Adams is correct and this passage is about identity formation, then how are our identities formed?  How are we tested and formed so that we can live as God’s children in the world?

It seems that the process starts with baptism, which stands at the beginning of our journey of faith. Scripture and practice tell us that baptism is first of all a time of cleansing from sin and the place where forgiveness and the gift of the Spirit are received (Acts 2:38). Paul speaks of Baptism as a moment when we identify ourselves with Christ’s death, burial, and resurrection.  In Romans 6, Paul tells us that in baptism we are made one with Jesus in his death, and then as we come out of the tomb with him, we join in resurrection and therefore with a new life and a new identity (Romans 6:1-11).   Baptism has also come to define that moment at which we as followers of Jesus are ordained to our ministries – to the priesthood of all believers.  What each of these images have in common is that they speak of the formation of an identity

Think back to your own baptism – what meaning does it have for you? If you were baptized as an infant, what about your confirmation? If you’ve never been baptized, let’s have a conversation.  How did your baptism help form you as a disciple of Jesus?

I must confess that my own journey with baptism is a complicated one.  I was baptized as an infant in the Episcopal Church, and then Confirmed in the Episcopal Church along with other members of my sixth grade class. Later I was dunked in a creek at camp by Foursquare youth minister, because I wasn’t sure that what had taken place earlier, either in baptism or confirmation, had done the job for me.  I’m not sure that even that dunking was sufficient, but like I said, I have a complicated history with baptism.

For Jesus the call came through baptism, but it needed to be tested, and so he went out into the desert where his identity was formed. From personal experience, I know that it often takes more than one wilderness sojourn to form us as disciples, but this story does remind us that there is a process that takes place in which our identities as Disciples takes place. Each time that moment comes, we grow closer to our full identity as Jesus’ disciples.

Each of us can tell stories about times of trouble and suffering, out of which we emerged stronger and more focused.  This happened to the people of Israel as they journeyed from Egypt to the promised land. It also took place as the people of Judah experienced exile, which formed them even more tightly into a people.  During the exile they learned that God wasn’t located in a Temple, but was present everywhere, even in Babylon. During the exile the people came to depend on God rather than a human monarch or a human-created Temple. They went into the exile because their leaders failed them, but they came out of this experience a new people.

We can all tell wilderness stories. I have several. I know I’ve told it before, but it really was transformative. I moved from Oregon to Pasadena to attend seminary because I had this sense of call.  It wasn’t fully developed, I just knew I needed to go to seminary.  It was like hearing Horace Greeley tell the young men of the east to go west, only I was being told to go south to California.  Part of that journey included several months living at the Pasadena YMCA. I won’t go into details, but that was a difficult time.  Fortunately, I found a job that provided a sense of belonging and needed income. From there I was able to take up my studies at Fuller.  Living at the YMCA was for me a time of testing, where I had to put my trust in God. I really had no other choice, since I didn’t have enough money to return home.

I could also tell the story of my sojourn as a pastor in Santa Barbara that ended up being a wilderness experience.  I was tempted to throw in the towel, and probably would have if I hadn’t gone to Lompoc where the wounds from my previous experience as a pastor could heal.  It was during that time that I truly recognized a call to pastoral ministry, a call that ultimately brought me here to this place.

Like Jesus we have been ordained, tested, and sent out into the world to proclaim the message that God’s realm is close at hand. Each of us goes through wilderness moments where the old identity dissolves and a new identity is formed through the cross.  As we take this Lenten journey together, may we embrace our identity as Disciples of Christ and live into our identity as a “movement of wholeness in a fragmented world,” welcoming the world to the Table, even as God has welcomed us.