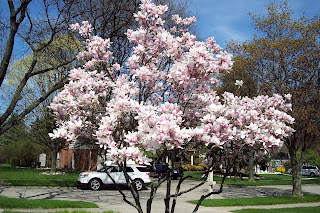 6 Then he told this parable: “A man had a fig tree planted in his vineyard; and he came looking for fruit on it and found none. 7 So he said to the gardener, ‘See here! For three years I have come looking for fruit on this fig tree, and still I find none. Cut it down! Why should it be wasting the soil?’ 8 He replied, ‘Sir, let it alone for one more year, until I dig around it and put manure on it. 9 If it bears fruit next year, well and good; but if not, you can cut it down.’”

While none of us like being the target of judgment, we may not be so circumspect when it comes to others. When our “opponents” are the subject of judgment, we’re often happy. Republicans and Democrats, for instance, will celebrate when the other party is accused of some misdeed. We’re not so happy when it’s our side that gets blamed. In liberal theological circles, where a more universalist eschatology reigns, talk of divine judgment is muted. And yet, there is at times a very strong, often self-righteous, anger directed at those who don’t conform to liberal sensitivities. Indeed, consider the popularity of Matthew 25 and its call to serve the least of these. It’s a judgment scene, but we conveniently forget that when the sheep and goats are separated, the goats suffer punishment.  Maybe that’s okay, or is it? Consistency is often not a human virtue!

As we continue the Lenten journey the lectionary brings us to this reading from Luke 13. It’s a two-parter. The first part focuses on two disasters. The first has to do with the story of the Roman governor Pilate mixing the blood of eighteen Galileans with their sacrifices. Were they greater sinners than other Galileans? Here might be time for some righteous anger directed at the oppressive governor, but Jesus turns the question on the questioners, and suggests that if they don’t repent something similar might befall them. Then there’s story of a tower in Jerusalem that fell and killed a goodly number. Were they greater sinners than other residents of the city?  No, but if you don’t repent you might suffer the same fate.  As I read this, Jesus doesn’t want to link sin and these actions and events. What he wants to do, in my estimation, is call our attention to our own sins. Repent he says. Don’t worry about what others do, be accountable for your own actions.  If they are unworthy of God, then do something about it.

The second part of the passage deals with fruit. Does one’s actions and words reflect the gospel?  Pope Francis entered the political fray recently suggesting that building walls (on the Mexican-American border) isn’t a Christian act. This proved offensive to at least one candidate (the one at whom it was likely directed), but here’s the question, should we not expect a person of faith to act in a way that accords with their faith profession? Do words of hate and exclusion, or words and actions that bully others, not merit some attention? Shouldn’t the way we act in life accord with our Christian profession of faith?  Are we not accountable for what we say and do? Are there not ultimate consequences for this?

Jesus offers an answer of sorts to this question in a parable about a fig tree. What you do he asks, if you owned an orchard filled with fig trees, and one of those trees no longer bore fruit. Would you let it sit there taking up space would you rip it out? According to the parable, the owner came to check out his orchard for three years, and each year noticed that this particular tree had failed to bear fruit. The owner told the gardener to rip it out. Would you do the same? The gardener, however, isn’t ready to take this ultimate step quite yet. Instead the gardener proposes that another year be given to the tree. It’s not an open-ended request. Just one more year. If it doesn’t bear fruit in a year, well then cut it down and replace it. But maybe this tree can be salvaged. After all, if this is a mature tree, just a little work might induce fruit. The gardener suggests that if he were to dig around the tree and put down some manure, it might come right back. Besides, if you plant a new tree it will take time before it’s ready to bear fruit. The owner relents and gives the gardener time to tend to the tree in the hope that fruit can be experienced!

This is a repentance story. It is the story of a second chance. Judgment is still in the picture, but so is mercy and grace.  Mercy without accountability is a bit worthless in the long run. So, maybe certain actions and words don’t fit with the Christian faith. Maybe a bit of repentance is required of us!
Fruit Gospel of Luke Judgment Lectionary Lent Reflections Repentance